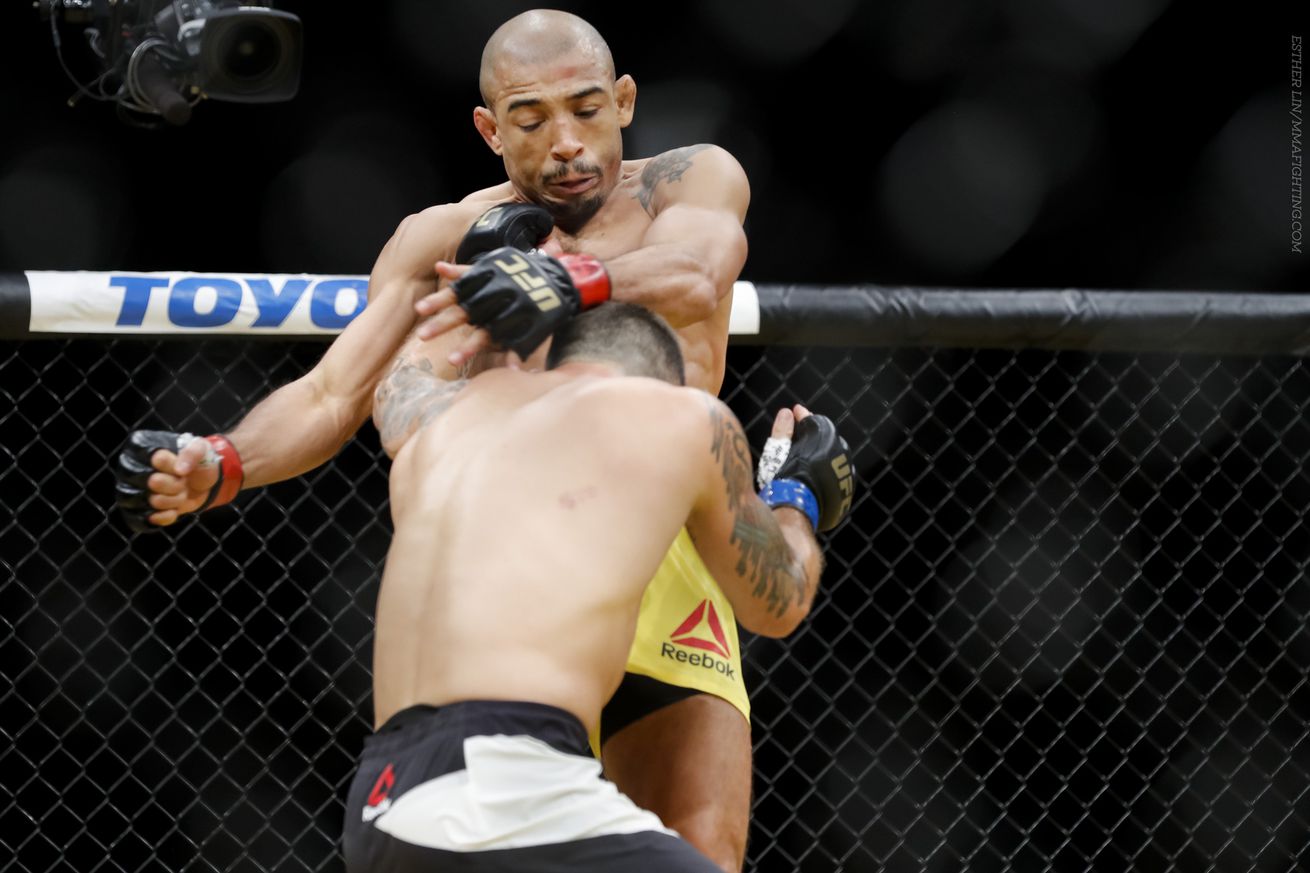 RIO DE JANEIRO, Brazil — Jose Aldo will put his UFC featherweight title on the line for the fourth time in Rio de Janeiro, and expects the same outcome: a win.

Aldo, who defeated Chad Mendes (twice) and Chang Sung Jung in the city he lives, is set to headline UFC 212 against interim champion Max Holloway on June 3, and fired back at his opponent’s claims that he will “take over” his village.

“F—k no. Bullsh-t. Won’t take anything,” Aldo said during a scrum in Rio de Janeiro on Thursday. “He’s just another one who will try, and he doesn’t know how trained I am. I’m excited about this fight because of everything he said. That only motivated me every time he talked. You can be sure that he won’t take any kingdom here.”

Aldo went the distance once defending his belt in Rio de Janeiro, and stopped Mendes and “The Korean Zombie” by TKO in his other two fights. “Done with wars,” Aldo wants another knockout win to his resume.

“I’ll knock him out,” said Aldo, who defeated Frankie Edgar via decision last July. “I’m done with wars. I’ve been in many wars already. You can be sure that there’s a knockout coming.”

Holloway enters the fight riding a 10-fight winning streak, capped off by a TKO win over former lightweight champion Anthony Pettis in December. Aldo doesn’t underestimate his opponent’s abilities, but doesn’t consider him as dangerous as many believe.

“He’s in a good moment, has a good reach, his height is good,” Aldo said. “He has a good kickboxing, is not that good on the ground. He’s an athlete, I wouldn’t say complete, but does well everywhere. He doesn’t have heavy hands, is not a knockout artist, so you can be sure that I don’t see this danger that everyone else sees.

“I have to respect my opponent, always, doesn’t matter who he is, but I’ll get in there and win, that’s a fact.”