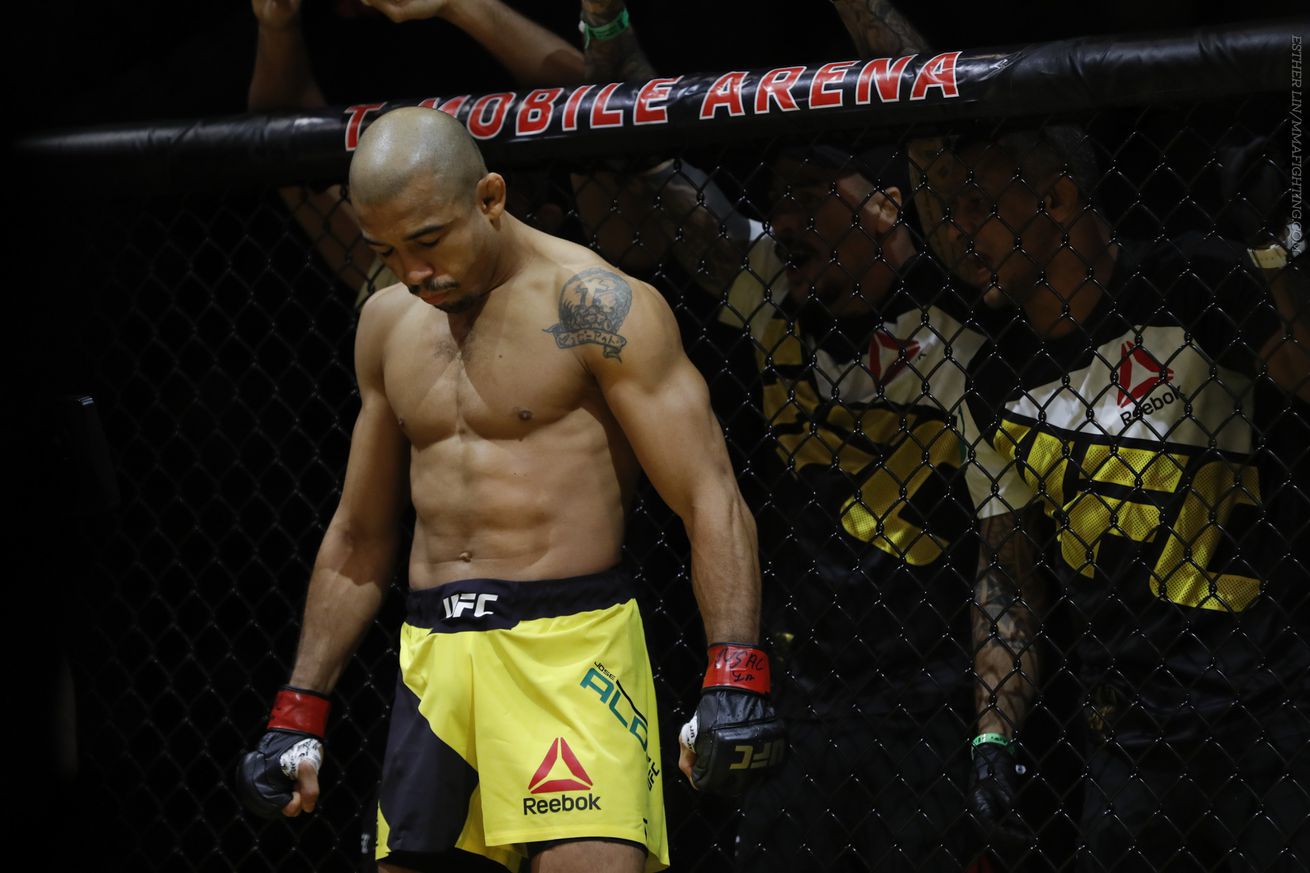 After flying up to Las Vegas to meet with UFC president Dana White and matchmaker Sean Shelby, aggrieved featherweight star Jose Aldo Jr. doesn’t sound like he’s in a rush to get back into the Octagon.

But nor does it sound like the door is permanently closed.

“What the future will hold?” Aldo told reporters outside of Zuffa headquarters Wednesday. “Nobody knows, we’ll have to wait and see.”

Aldo, the longtime former UFC and WEC champion and current interim champ, has been vocal about wanting out of his UFC contract ever since it was announced that featherweight champion Conor McGregor would meet lightweight champion Eddie Alvarez in the main event of UFC 205. After fighting and defeating Frankie Edgar to win the interim belt at UFC 200, a McGregor-Aldo unification match was widely expected.

He finally had his chance to air his grievances on Wednesday, as Aldo flew from Brazil to Nevada in order to meet White and Shelby face to face. Leaving, he said he still doesn’t plan on fighting again.

“At this moment, nobody knows, I don’t know,” Aldo said through an interpreter. “I came here from Brazil already with my ideas firmly fixed in my head and my current intention is to no longer fight, that hasn’t changed, that’s how I felt when I left Brazil, that’s how I feel still today, but as for the future, nobody knows, we’ll see.”

But Aldo isn’t slamming the door shut. He indicated that he felt the meeting was productive, in part because he was finally able to speak his piece, but also because he recognizes the landscape is fundamentally shifting under the UFC’s new ownership group.

“Today was a first conversation, we might be headed down a better path, but there’s a lot of transitions happening ….View full article