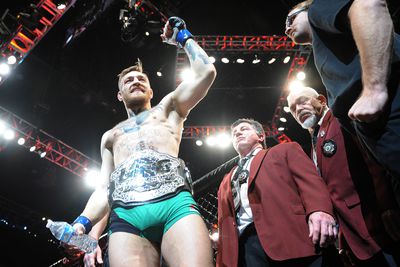 The betting odds for UFC 194’s main event between Jose Aldo and Conor McGregor were a subject of pre-fight discussion. At times, McGregor was the favorite over the long-reigning champion in Aldo, angering Aldo sympathizers and generally causing somewhat of a stir. If there’s a rematch, however, the odds likely won’t be nearly as controversial.

According to Bovada, they have rematch odds with the new champion McGregor as the early favorite:

Betting lines reflect both belief in McGregor and adjusted numbers based on what oddsmakers see as money-generating odds. According to some oddsmakers immediately prior to UFC 194, Aldo was both favorite and underdog.

McGregor defeated Aldo in just 13 seconds in the first round at UFC 194 on Saturday. The event took place at the MGM Grand Garden Arena in Las Vegas, Nevada.