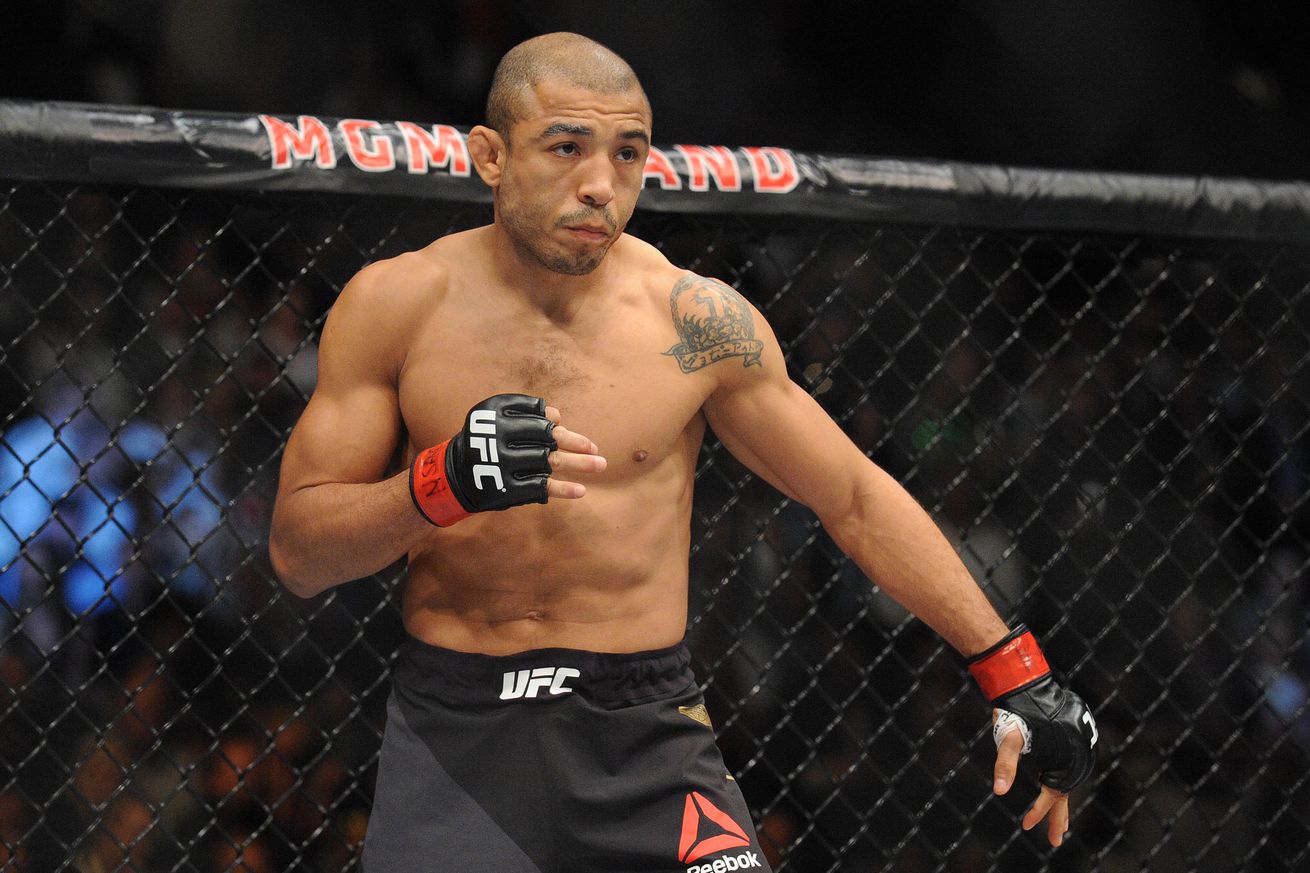 Jose Aldo finally had his face-to-face meeting with the higher-ups at Ultimate Fighting Championship (UFC), including promotion president Dana White and new head matchmaker, Sean Shelby, after the interim-featherweight champion asked to be released from his contract a few weeks ago.

“Junior” spoke with the two UFC officials on Wednesday at Zuffa headquarters to air his grievances, which all began after Conor McGregor was booked to fight Eddie Alvarez for the lightweight title at UFC 205 on Nov. 12, 2016 as opposed to unifying the the 145-pound title against him.

Still, after the sit down, Aldo told reporters that his stance hasn’t changed one bit.

“What the future will hold? Nobody knows, we’ll have to wait and see,” Aldo told MMA Fighting.

“At this moment, nobody knows, I don’t know,” Aldo said through his interpreter. “I came here from Brazil already with my ideas firmly fixed in my head and my current intention is to no longer fight, that hasn’t changed, that’s how I felt when I left Brazil, that’s how I feel still today, but as for the future, nobody knows, we’ll see.”

Nevertheless, Jose says the fact that UFC met with him is a positive since he had his chance to be heard. He also stated that he understands the promotion is going through plenty of transitions — see some of them here — following the $4 billion sale to WME-IMG earlier this year.

“Today was a first conversation, we might be headed down a better path, but there’s a lot of transitions happening in the UFC and I’m sure they’re going to have new ideas and priorities and methodologies. We’ll see what direction they’re going to take their business in and what that’s going to mean for me.”

Unlike Georges St-Pierre and his legal team, Aldo says he ….View full article