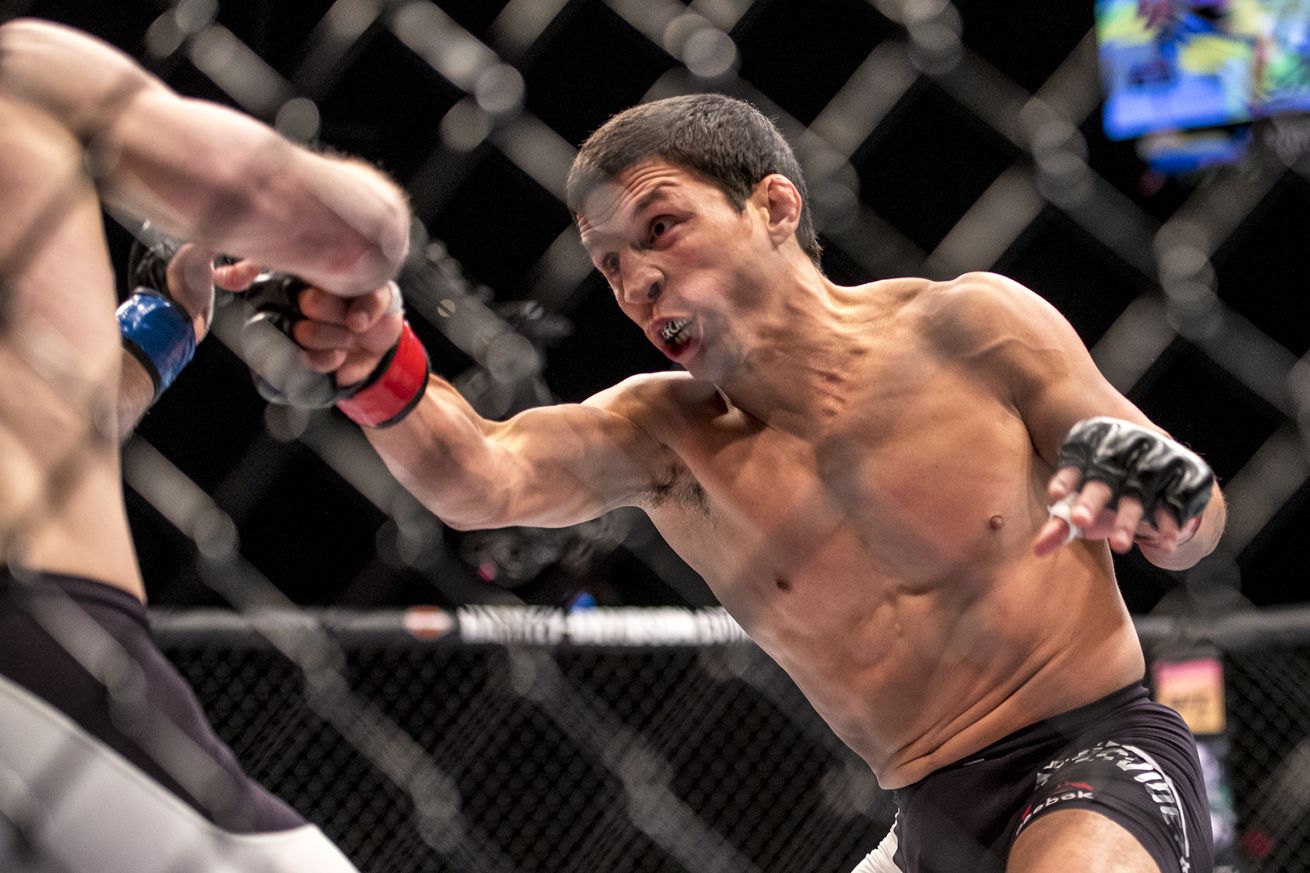 Flyweights Joseph Benavidez and Ben Nguyen have been added to UFC Fight Night 110 in Auckland, New Zealand on June 11th.

A flyweight bout between top ranked flyweight contender Joseph Benavidez and up and comer Ben Nguyen has just been officially added to the UFC’s UFC Fight Night 110 event at the Vector Arena in Auckland, New Zealand on June 11th. With the announcement, the UFC also confirmed the New Zealand card would be headlined by heavyweight Mark Hunt versus Derrick Lewis and feature a middleweight fight between Derek Brunson and Dan Kelly.

Joseph Benavidez has been second only to flyweight champion Demetrious Johnson for years now, and hasn’t lost to anyone but “Mighty Mouse” in over five years. His last fight was a close split decision win over Henry Cejudo back in December, bringing his latest winning streak up to six. You have to figure a win over Nguyen will get Benavidez back in the title picture despite having already lost to Demetrious Johnson twice.

Meanwhile, Ben Nguyen has been fighting for the UFC since 2015 and currently has a 3-1 record with the promotion. He’s an Australian fighter best known for a viral clip where he knocks out the ridiculously tattooed alleged woman beater Julian Wallace. Enjoy that here:

The 13 ranked Nguyen doesn’t have much of a chance here, and we get the feeling this is an opportunity for the UFC to use a local-ish Australian fighter on their New Zealand card while keeping Joseph Benavidez active. But considering Nguyen is scrappy and has knockout power, it should be an entertaining fight none the less.