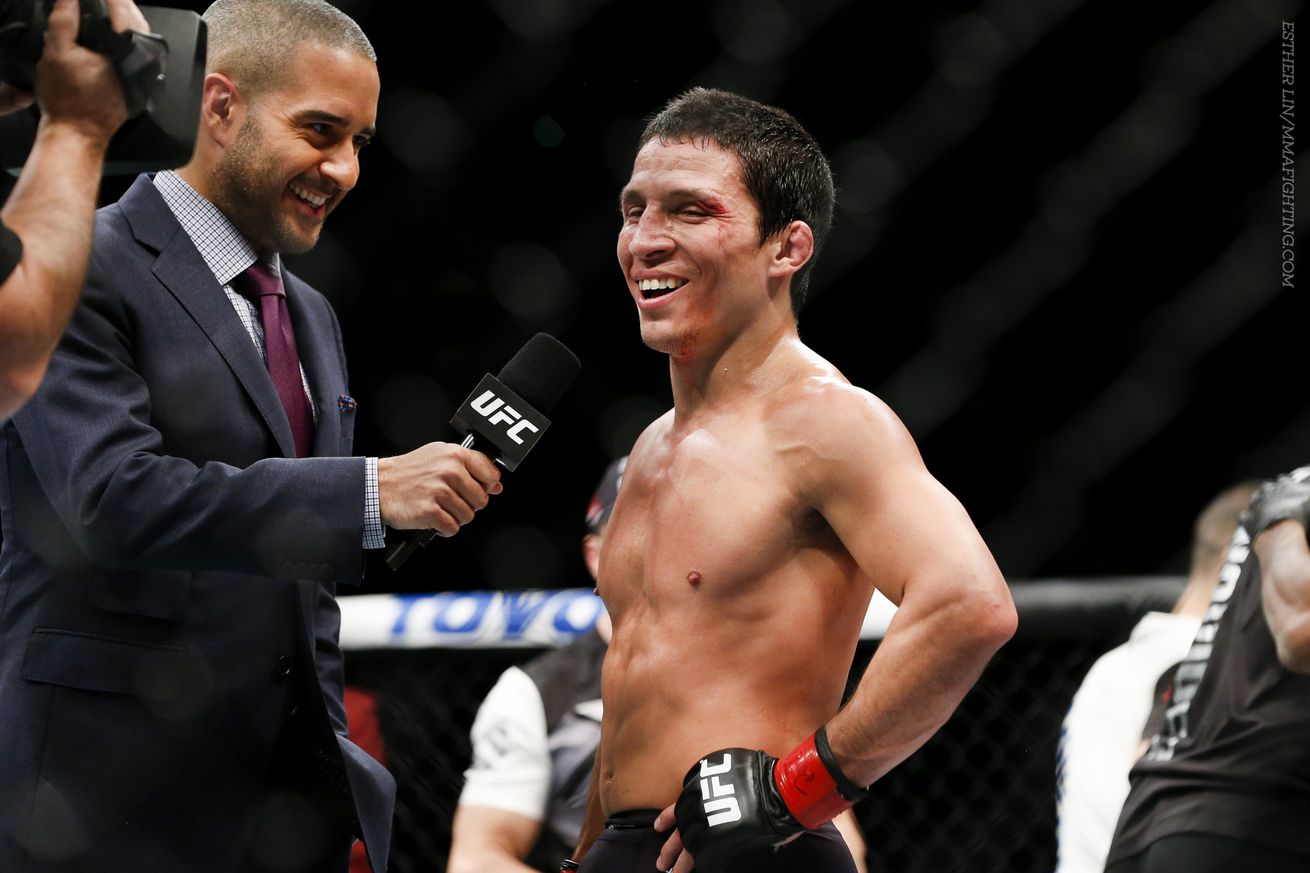 How many consecutive wins will Joseph Benavidez need to collect before he gets another UFC title shot? At least seven.

The UFC announced Thursday that Benavidez is slated to meet top-15 ranked flyweight prospect Ben Nguyen in a 125-pound contest on June 10 in Auckland, New Zealand at UFC Fight Night 110.

Benavidez (25-4) has long been considered one of the best flyweights in the world, having racked up a 10-2 record since the division was introduced to the UFC. His only losses over that span are both to reigning champion Demetrious Johnson, the first by split decision and the second via first-round knockout. Following that second setback, Benavidez has continued to run roughshod over the rest of the 125-pound ranks, winning six straight fights against ranked competition, culminating in a hard-fought split decision last December over Henry Cejudo, who coached opposite Benavidez on The Ultimate Fighter 24.

Benavidez expressed hope after the Cejudo victory that his current hot streak would be enough to warrant a third crack at Johnson, however that turned out not to be the case, as the UFC instead gave the next flyweight title shot to Brazilian veteran Wilson Reis.

Now, Benavidez will look to continue his run of dominance against Nguyen (17-6), an up-and-comer who has won three of his four appearances inside the Octagon. The 28-year-old Nguyen is currently ranked No. 13 in the UFC’s media-generated rankings. He picked up a unanimous decision win over Geane Herrera in his most recent outing last November.

In addition to Benavidez vs. Nguyen, the UFC also announced a second flyweight contest for UFC Fight Night 110 pitting one-time title contender John Moraga (16-6) against promotional newcomer Ashkan Mokhtarian (13-1). A loser of three straight fights, Moraga will look to rebound against the UFC rookie Mokhtarian, who has finished 12 of his 13 professional wins via stoppage.