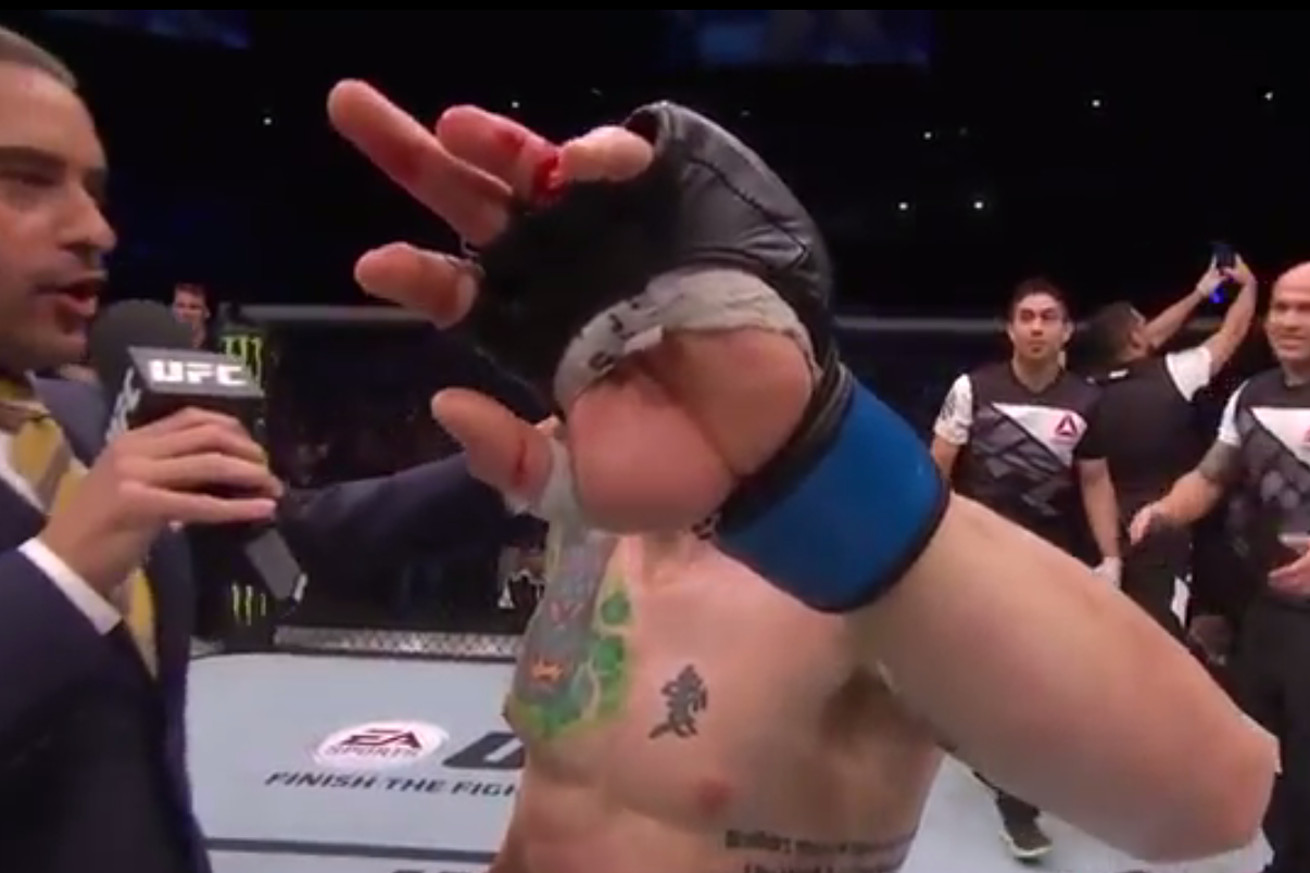 How about that for toughness?

Not only did Josh Emmett scrape together a win on just four day’s notice at UFC Fight Night 87, but the UFC newcomer also managed to do it with a bone sticking out of his finger.

Emmett took a split decision over Jon Tuck in his UFC debut on Sunday in Rotterdamn, Netherlands.

The performance pushed the undefeated Team Alpha Male product to a record of 10-0, and in case anyone doubted his heart, Emmett flashed his newfound compound fracture a few times to the FOX Sports 1 cameras.

Here’s hoping his bones stay inside his skin next time out.