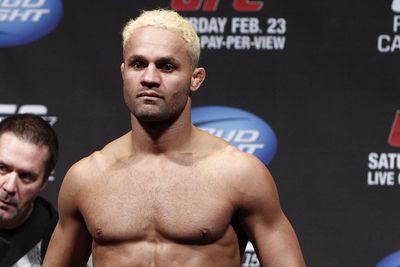 Josh Koscheck and Paul Daley are going to be on the same card. Just not against each other.

Koscheck will take on Matt Secor in his promotion debut at Bellator 148 on Jan. 29 in Fresno, Calif., it was announced Monday morning. Daley meets Andy Uhrich on the same card. MMA Mad was the first to report the Koscheck-Secor fight last week. Koscheck and Daley have a long standing feud.

Koscheck (17-10) signed with Bellator in June after a long run with the UFC that included a spot on The Ultimate Fighter 1. The Fresno area resident has lost five straight, albeit against mostly elite opponents in the welterweight division. Koscheck, 37, owns career wins over Matt Hughes, Anthony Johnson, Diego Sanchez and, of course, Daley. He lost in a UFC welterweight title fight to Georges St-Pierre in 2010.

Secor (7-2) has won three straight in Bellator and World Series of Fighting. The 29-year-old upstate New York native has only lost to current UFC fighters Lyman Good and Nordine Taleb in his career.

Daley (37-13-2) has won four in a row in MMA, but was last seen beating Fernado Gonzalez in a ….View original article