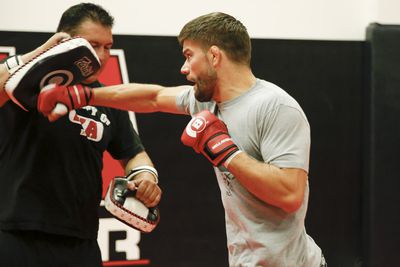 The former Strikeforce lightweight champion and UFC veteran will face Pablo Villaseca in the evening’s headlining bout, according to a press release from Bellator MMA on Thursday.

Villaseca, meanwhile, boasts an impressive 10-1 record. His lone loss – a split-decision defeat to Bobby Cooper at Bellator 139 – marks his only previous experience under the Bellator banner.

Also confirmed for the Bellator 147 fight card is a high-profile featherweight co-main event between Georgi Karakhanyan and Daniel Weichel.

Karakhanyan strolls into the bout on the heels of an impressive submission win over Bubba Jenkins at Bellator 132, while Weichel is coming off a knockout loss to Bellator featherweight champ Patricio “Pitbull” Freire at Bellator 138.