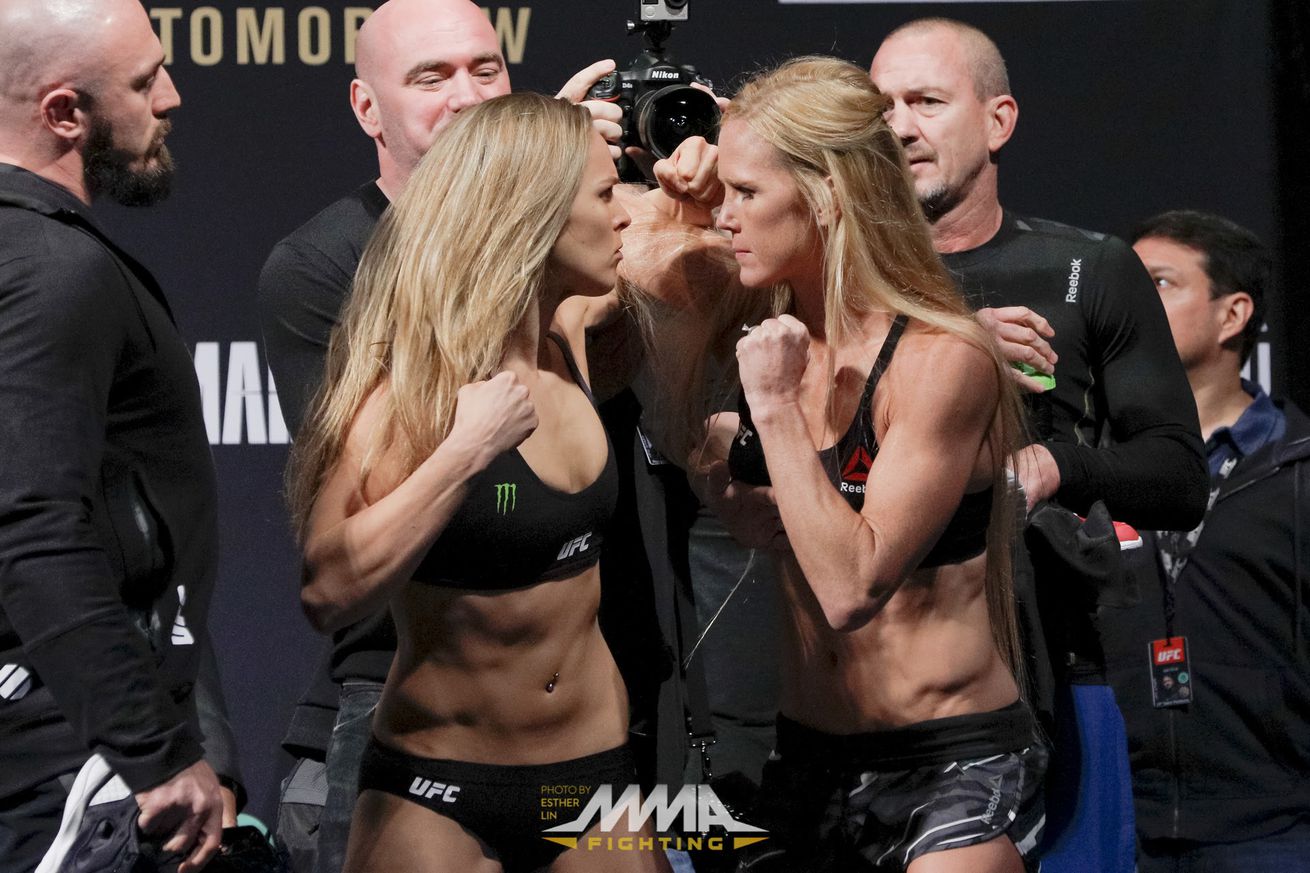 After “The Preacher’s Daughter” lost her second consecutive fight inside the Octagon this past weekend (Sat., July 23, 2016) at UFC on FOX 20 to Valentina Shevchenko, Pena took to The MMA Hour to clown on the former champ.

To hear her tell it, she was not surprised to see “Bullet” take out the former champion because she never once believed “harmless” Holly was a true threat, and couldn’t hurt a fly in a five-round fight.

“No, I wasn’t surprised. I’ve been saying for a while now that harmless Holly couldn’t hurt a fly, especially in a five-round fight. It’s just a little nickname. She was a little bit overrated, she got thrown into the mix and got into the top 10 after beating up some people that have not been around as long. So I think she got a little lucky with the choices of opponents that she’s had.”

Pena, however, wasn’t done giving an earful about former champions, as she stated that once “one-trick pony” Ronda Rousey was exposed, she knew the 135-pound weight class would be shaken to its core.

Which is why Pena believes the title changed hands so frequently.

“I just know that the division has been changing a lot more now that Ronda is not the champion and I knew this was going to happen after that. Just because I feel Ronda is a one-trick pony who has been able to rack up all these wins and be so dominant, I knew the second she lost, it would be an open division for the rest of us. And once she was exposed, that it would be harder for her to get back in there and then second off, get back in there to win her belt. It’s ….View full article