Home MMA News Junior dos Santos calling for Stipe Miocic rematch: ‘I was the last one to beat him’
ShareTweet 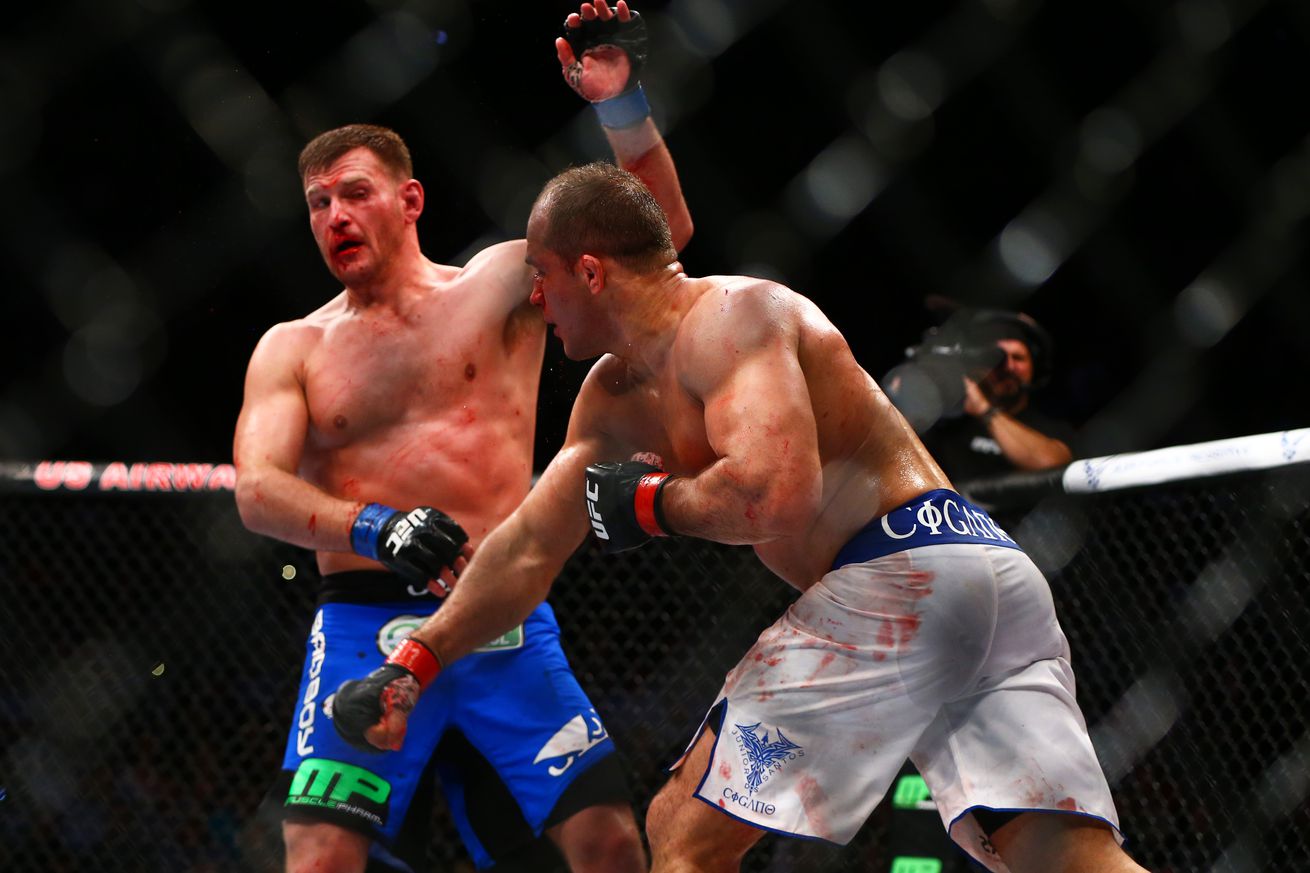 Former Ultimate Fighting Championship (UFC) heavyweight champion Junior dos Santos (18-4) is eager to get back into the 265-pound title hunt. Unfortunately, a recent attempt to pair him with Mark Hunt proved fruitless.

And Alistair Overeem was not interested in a second go-round.

Fortunately for “Cigano,” the current division kingpin is currently unbooked after last September’s knockout win over “Demolition Man,” so Dos Santos is in a big hurry to grab first dibs.

From his conversation with Combate (via Bloody Elbow):

“The fight that makes the most sense now is a Miocic rematch. I was the last one to beat him, so nothing’s fairer than that. Besides, I defeated a guy who was very qualified in my last outing, Ben Rothwell. Everyone was saying he could get a title shot if he got past me. I fit perfectly in a title shot right now. It makes total sense. Velasquez could get a shot, sure, but he’s scheduled to fight Werdum, so it won’t happen now. My fight against Miocic was really tough. I think everyone would like to see it again.”

The bad news for the Brazilian is that Miocic (16-2) plans on riding the pine until next March, which puts Dos Santos out of work for the next four months. Not only does that leave him without a payday, it also gives the division a chance to produce a new contender.