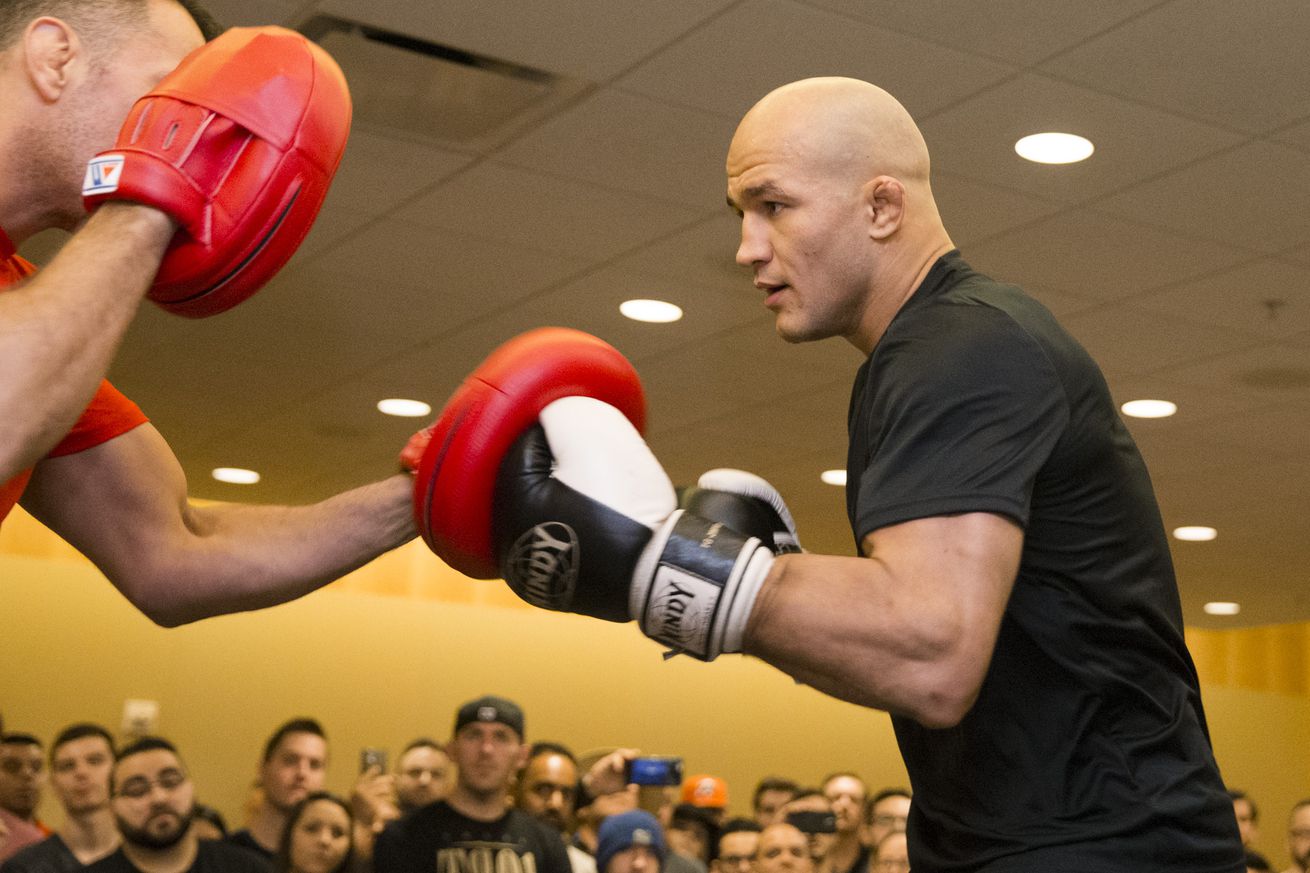 Junior dos Santos and Fabricio Werdum are not fighting each other at UFC 211, but it won’t stop them from taking verbal jabs at each other ahead of May’s event in Dallas.

“Cigano” will take on UFC heavyweight champion Stipe Miocic on May 13, and Werdum, who was hoping to be the next in line, will meet Ben Rothwell on the same night. A rematch between dos Santos and Werdum was close to being booked on three different dates recently, though, but “Cigano” claims his longtime rival turned every opportunity down.

“I’m very confused with all the situation because I thought he would like to fight me, but I don’t know anymore,” dos Santos told Ariel Helwani on The MMA Hour. “I don’t think so. It’s hard to say but this guy, he’s doing some crazy things, you know? I think that if you want to appear, to have the attention from people, you have to do something significant, not just say things and in the time of proving them, what you say, you pull out. It’s strange.”

According to dos Santos, Werdum turned down fights against him in October, December — after Cain Velasquez pulled out of UFC 207 — and once again in February.

“For the third time he said no. I cannot understand,” dos Santos said. “I cannot understand how he says so many bad things. The worst thing is, after all the crazy things, he comes and said he would come to my gym to beat me up. What? What is this guy saying? He just denied to make money fighting against me in a real fight, a professional fight, and now he wants to come here fight for free? What’s happening with this guy? I don’t understand anything. I think he’s confused, he’s completely lost on everything that he’s saying. But I think the right thing is happening right now.

Speaking with MMA Fighting, Werdum said his ultimate goal after his UFC 211 bout with Rothwell is to fight for the heavyweight title, and he has no preference of who owns it. However, “Vai Cavalo” says it would taste better if he could take the belt from his fellow Brazilian.

“My biggest goal is the belt, but I don’t know who will have it, Stipe Miocic or ‘Cigano,'” Werdum said. “I believe Stipe Miocic will win by decision. The last fight was close, ‘Cigano’ made the different in the last round, and it was tied going into that round. And I don’t think Stipe Miocic won that fight.

“The belt is my goal, and it would have a better taste if I took it away from ‘Cigano’. He talked a lot, talked a lot of crap these days before my fight with Cain Velasquez was booked. It was weird.”

Werdum says he would welcome a title bout with dos Santos next after UFC 211, but “Cigano” has a different opinion.

According to Werdum, dos Santos changed who he is and became a “trash talker” in an attempt to become like UFC lightweight champion Conor McGregor, and that would make it more special to fight him next.

“I think he wants to be the Brazilian Conor McGregor, and that’s not who he is,” Werdum said. “The old ‘Cigano’ was better, didn’t talk trash, was a cool guy. I think he should be like he used to. I don’t know him that well, but I think he’s talking a lot of crap these days. It would be better to take (the belt) away from him, but I have no preference. I want to fight for the belt, it doesn’t matter who has it. But let’s say it’s 60-40 on ‘Cigano’ in terms of who I would like to fight next.”