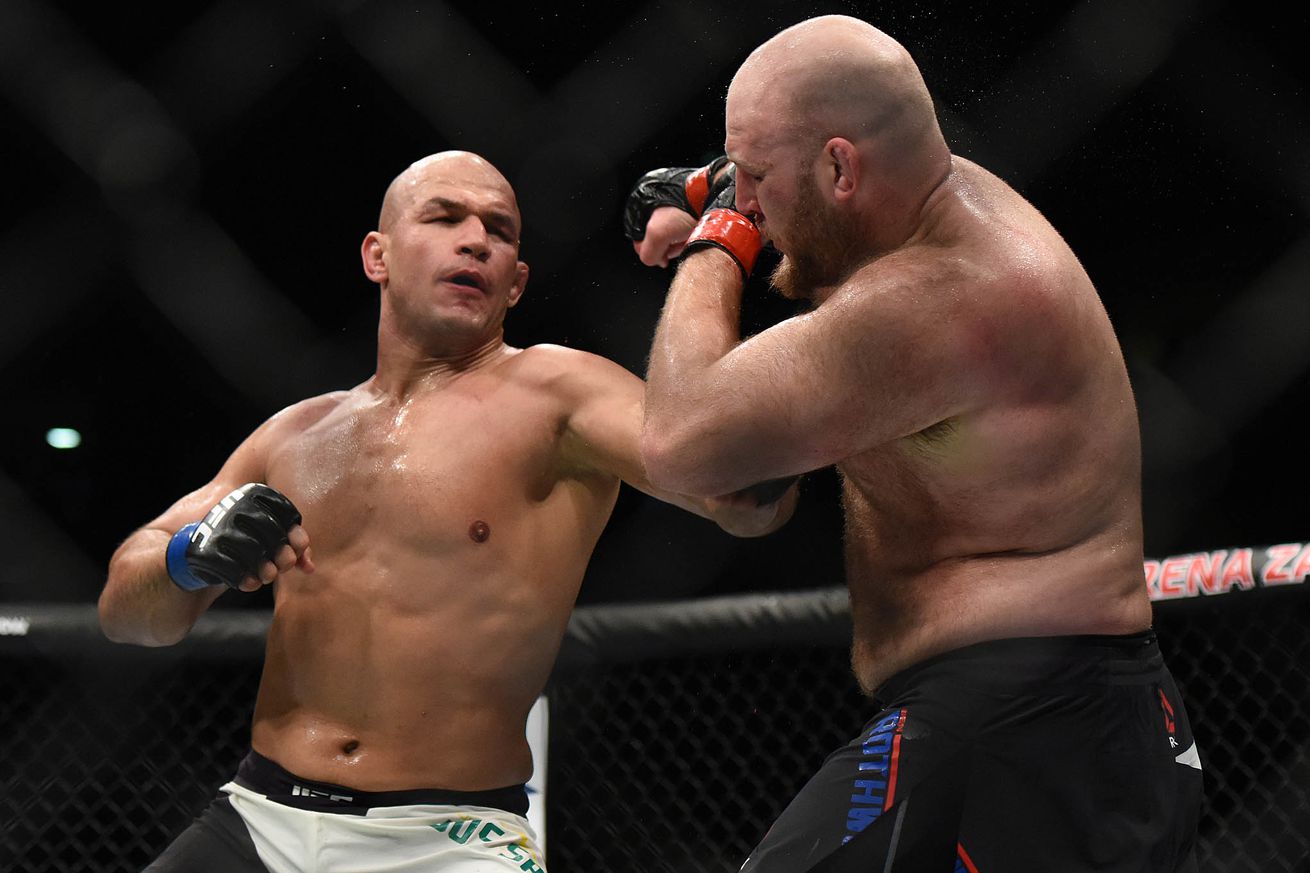 Former UFC heavyweight champion Junior dos Santos is the latest fighter to end up in the United States Anti-Doping Agency (USADA) doghouse, as the 33-year-old Brazilian was notified of a potential doping violation earlier today (Fri., Aug. 18, 2017), per an official UFC statement.

Dos Santos was flagged for an out-of-competition drug test stemming from Aug. 10. As a result of his potential violation, “Cigano” has been pulled from his upcoming bout with rising title contender Francis Ngannou at UFC 215 on Sept. 9 live on pay-per-view (PPV) from inside Rogers Place in Edmonton, Alberta, Canada.

The UFC statement reads as follows:

“Because of the proximity to Dos Santos’ upcoming scheduled bout at UFC 215 in Edmonton, Canada against Francis Ngannou, Dos Santos has been removed from the card and the UFC is currently seeking a replacement. Under the UFC Anti-Doping Policy, there is a full and fair legal process that is afforded to all athletes before any sanctions are imposed. Additional information will be provided at the appropriate time as the process moves forward.”

The substance that dos Santos allegedly tested positive for will remain unknown until the results management process is complete. However, a representative for dos Santos released the following statement implying that the 33-year-old remains innocent:

“We are still trying to understand the test results, so that we can investigate and determine what happened. What we know as of now is that Junior Dos Santos has never taken PED’s, has never knowingly used any banned substances, and has always supported USADA’s policies and efforts to keep the sport clean. If ever there was a fighter who made his position on this issue unequivocal, it’s Junior. We are confident that that we will be able to figure out what happened, and will provide an explanation once we have one.”

While JDS was looking to rebound from a knockout loss to current UFC heavyweight champion Stipe Miocic back at UFC 211, this news is arguably more devastating for Ngannou. The towering Frenchman was nearing the end of his training camp for UFC 215 as he aimed to lock down a future title shot with a win over a former divisional champ.

With just a few weeks left before UFC 215 it’s going to be difficult for the promotion to not only find a replacement willing to fight Ngannou on short notice, but also one who could further propel Ngannou’s growing title worth.