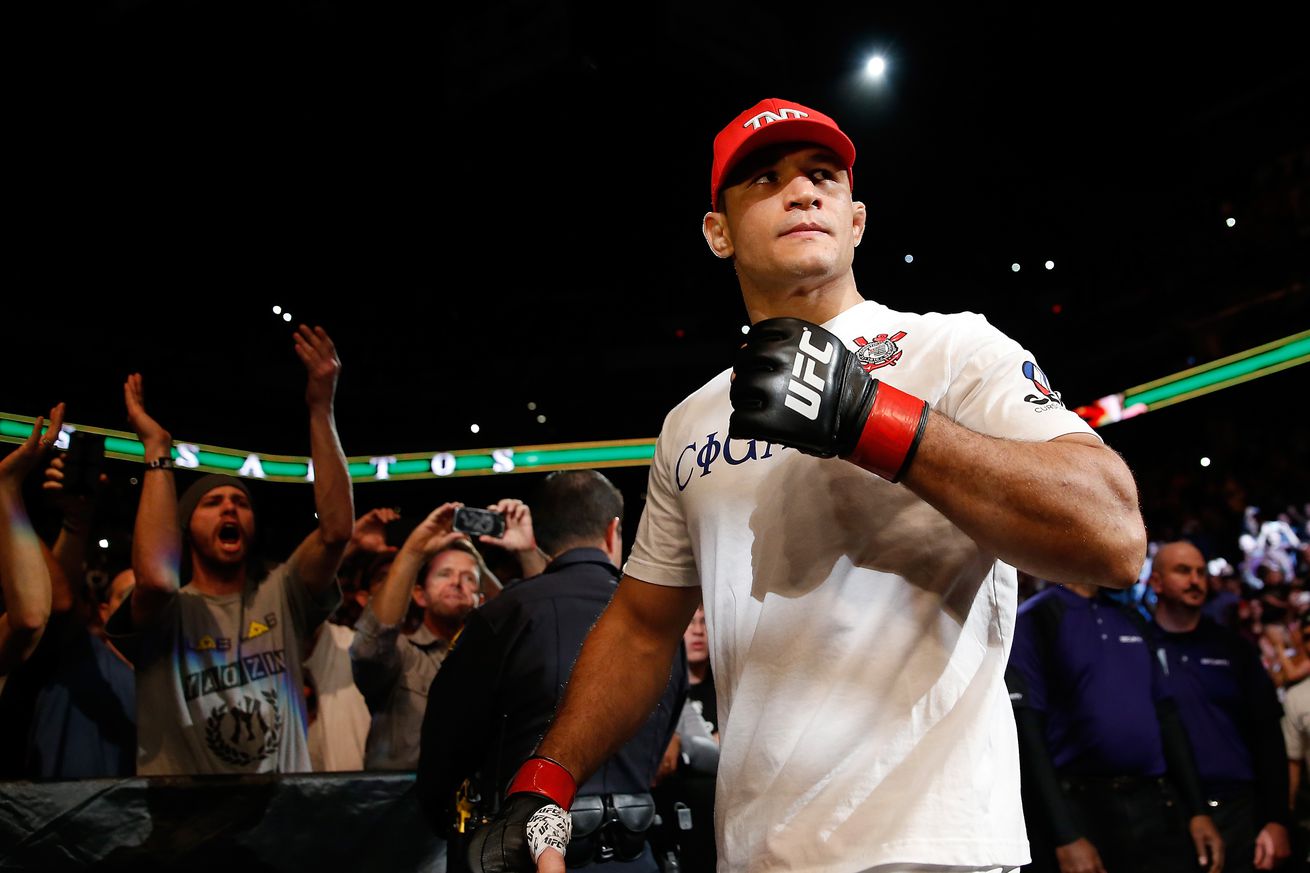 Fight fans were thrown for a loop earlier today (Fri., Aug. 18, 2017) when former UFC heavyweight champion Junior dos Santos tested positive for a banned substance under the watchful eye of United States Anti-Doping Agency (USADA). “Cigano” has never been linked to performance enhancing drugs before and was scheduled to take on rising title threat Francis Ngannou at UFC 215 on Sept. 9 in an ultra-important divisional clash.

That fight has since been scrapped from the Canadian card as dos Santos now focuses on clearing his name and doing anything he can to limit sanctions. In a statement to MMA Junkie, a representative for dos Santos, Ana Claudia Guedes, explains what the UFC heavyweight tested positive for and what his team is doing to determine why it was in his body.

“We requested testing of his B sample today. Most times, the B sample will show the identical results as the A sample. Therefore, we are already working on analyzing his nutritional supplements and medications to determine whether anything might have been contaminated. Jeff Novitzky and Donna Marcolini of the UFC have provided the guidance for this process, and we are grateful to them for their professionalism and competence.”

Again, JDS has never tested positive for a banned substance before. In fact, throughout his UFC career, the 33-year-old Brazilian has competed against three heavyweights (Alistair Overeem, Frank Mir, Ben Rothwell) who have failed drug tests at one point or another. Dos Santos will have his opportunity to prove he unknowingly put the diuretic into his system.

As for Ngannou, who first responded to the news with anger, he has since spoken to JDS and put all emotion aside.

“Junior remains committed to and supportive of USADA drug testing – even if he is bearing an unfortunate consequence of it,” said Guedes. “He spoke personally with Francis Ngannou and apologized for the unintended consequence to him. Junior thanks Francis for the sympathy, understanding, and respect that transpired during their call, and very much looks forward to resolving this situation so that he and Francis can set up a new date to face one another.”

As of now, UFC has not found a replacement heavyweight to fight Ngannou at UFC 215 on just three weeks notice.

Stick with Mania for ongoing updates for dos Santos and Ngannou.