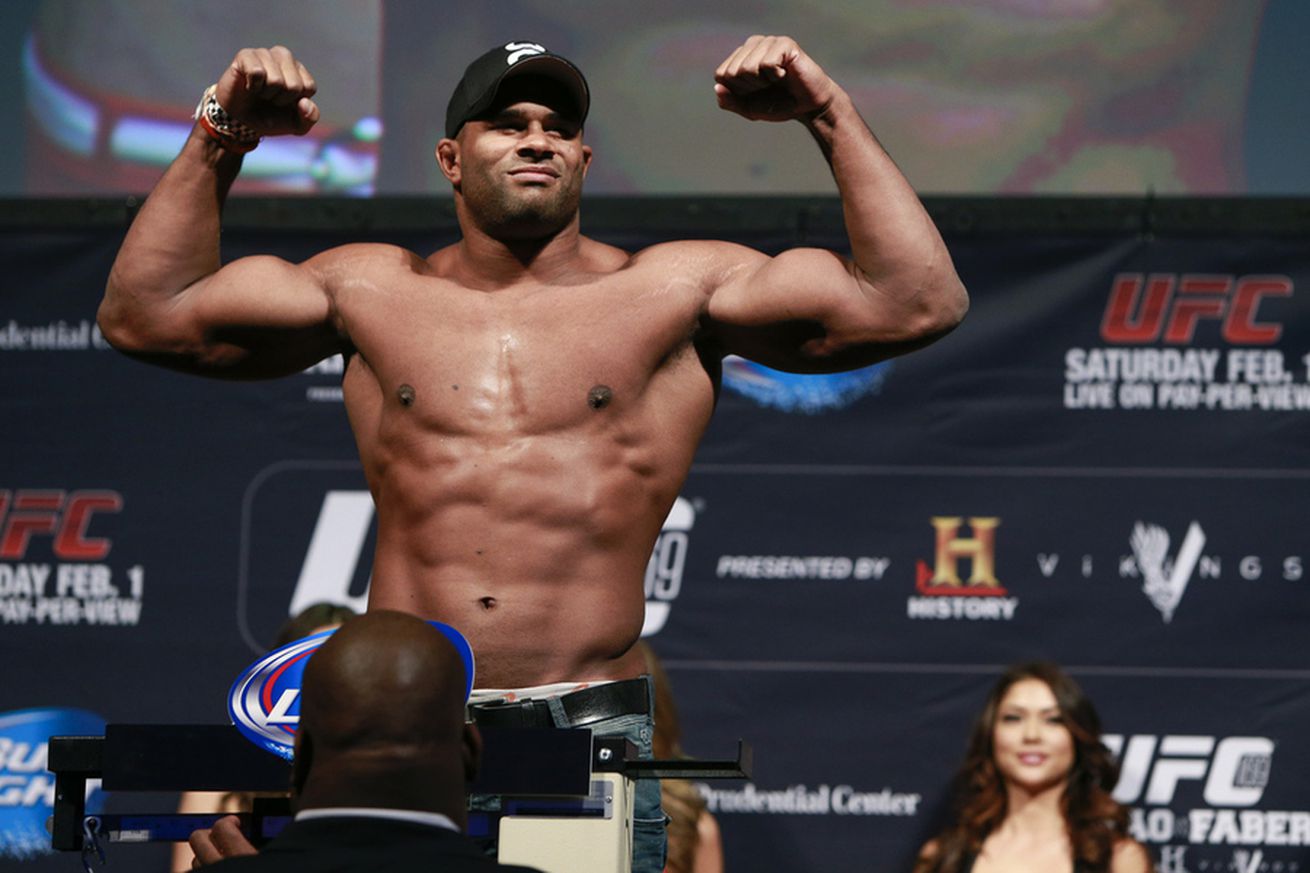 The next step for Stipe Miocic is likely a title defense against Alistair Overeem.

Miocic captured the UFC heavyweight title with a one-punch knockout over Fabricio Werdum on Saturday at UFC 198, and while the UFC has yet to make an official announcement, Overeem remains the assumed No. 1 contender, having punched that ticket with a second-round knockout of Andrei Arlovski earlier this month.

The fight presents a fascinating stylistic match-up, one which pits Miocic’s athleticism and boxing against Overeem’s experience and vaunted kickboxing arsenal. However fellow heavyweight contender Junior dos Santos has tasted what both men have to offer inside the cage, and dos Santos believes if the fight between Miocic and Overeem gets booked, the belt is going to end up staying on the mantle of the new champion.

“If it happens, I’m going to give the advantage to Miocic again over Overeem,” dos Santos predicted Monday on The MMA Hour. “I don’t think Overeem has what it takes to beat Miocic. Miocic is really hard. Do you remember my fight against him, against Miocic? It was one of the toughest fights I’ve ever had. He hits very hard. He’s got really heavy hands, so I think when I watch Miocic fight and Overeem fight, I think Miocic is way better than him.”

Dos Santos is one of the few heavyweights to have fought both Miocic and Overeem. He captured a close unanimous decision over Miocic in 2014, but then fell to Overeem via second-round TKO in 2015.

That loss is still the crown jewel of Overeem’s current climb to the top of the division — a four-fight hot streak that also includes wins over Stefan Struve, Roy Nelson, and Arlovski — and though Overeem has looked like a reborn fighter under the coaching staff ….View full article