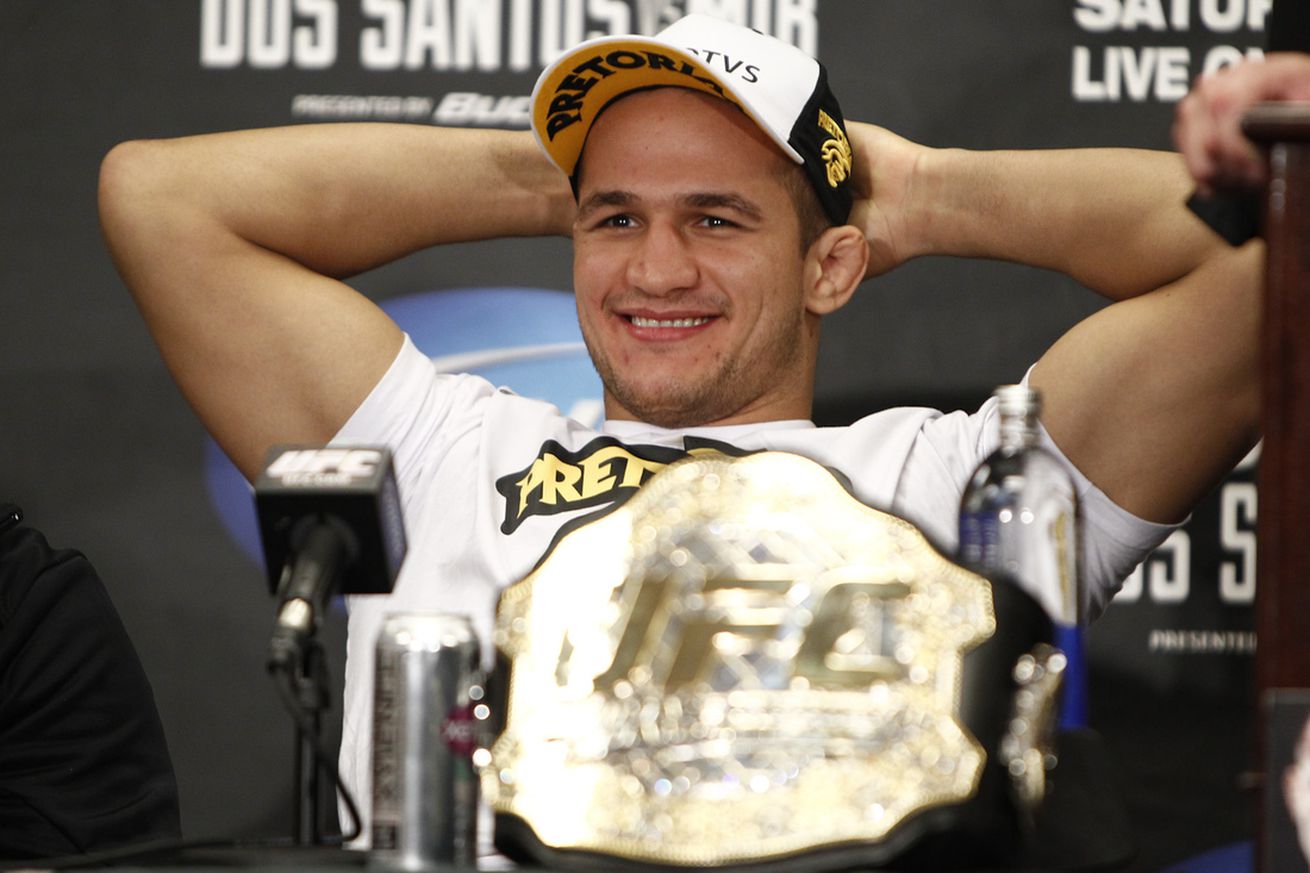 Once the most feared heavyweight on the planet, Junior dos Santos, is trying to build himself back up.

Victorious in only two of his last five UFC fights and finished twice inside the Octagon, “Cigano” decided to change a few things. He moved from Salvador to Rio de Janeiro to train at Nova Uniao and then headed to Florida’s American Top Team. However, dos Santos realized that the most important change he needed was inside of his own mind.

“Sometimes we try too much to find answers for things that maybe have no answers,” dos Santos told MMAFighting.com. “I realized I was expecting to find someone who could answer my questions and guide me. It’s important to have someone guiding you and showing you the best way, of course, but sometimes we just have to find ourselves. Sometimes we sabotage ourselves, and that’s happening to me a bit. I’m sabotaging myself. No confidence, that hunger I always had. I was sabotaging myself.

He doesn’t regret changing camps, though. “Cigano” believes that going to different gyms help him evolve as a mixed martial artist, but being a great striker can’t stop him from becoming better as a wrestler and grappler.

“It might relate to that, yes, but what I wanted when I went to Nova Uniao and now here was to find a better structure to train and become a well-rounded fighter,” he said. “I had my game, and everyone can see that I’m having trouble… I believe in my ….View full article