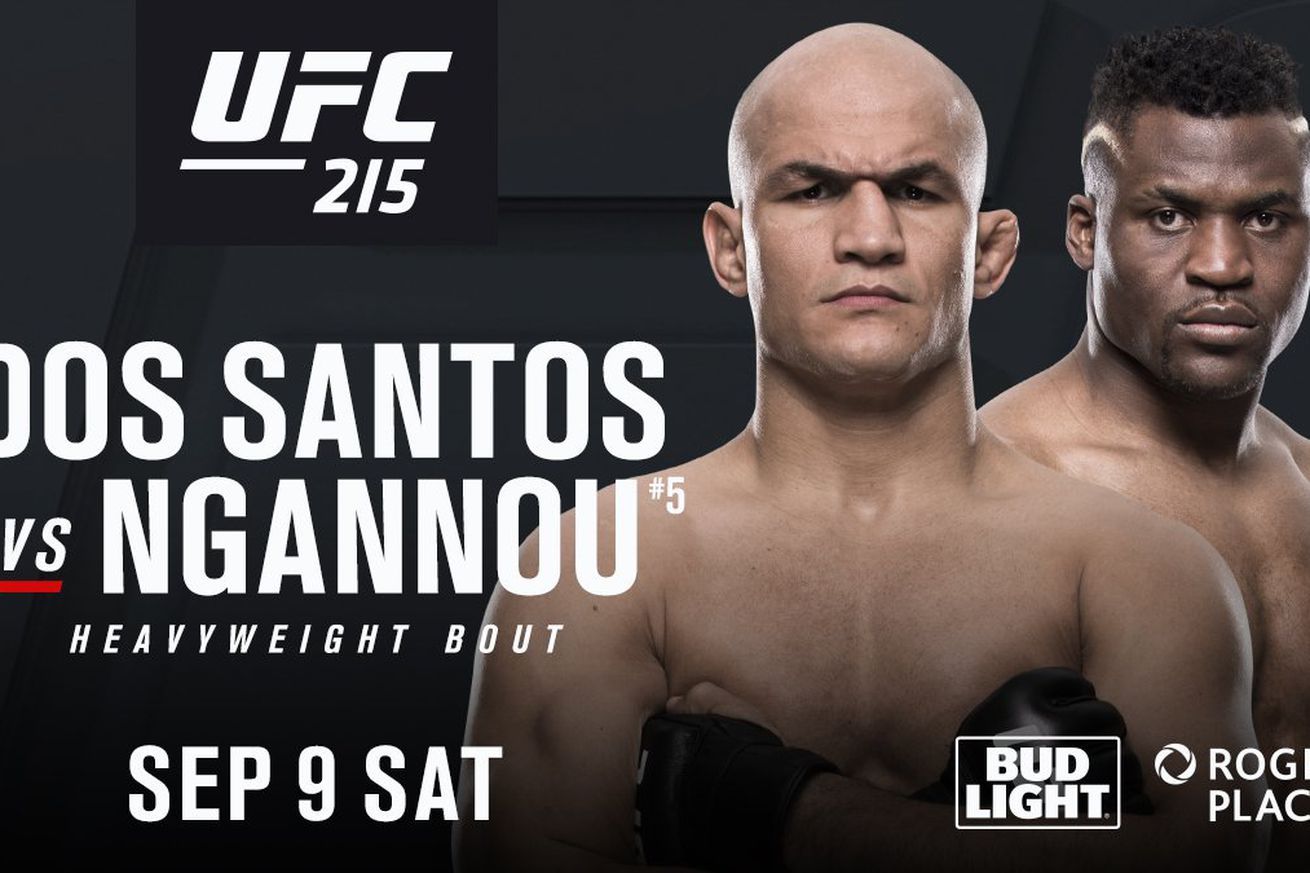 At the upcoming UFC 215 pay-per-view (PPV) event, recently announced for Rogers Place in Edmonton, Alberta, Canada, on Sat., Sept. 9, 2017. The exact placement of their slugfest has yet to be determined, but it’s safe to assume they’ll make the five-fight main card.

Ngannou (10-1) has been nothing short of terrifying, running roughshod over his fellow heavyweights to the tune of nine straight wins, including last January’s destruction of ex-champ Andrei Arlovski.

Dos Santos (18-5) has been consistently inconsistent, alternating wins and losses dating back to his championship reign back in 2012. Despite his formidable boxing skills, “Cigano” was put down by Stipe Miocic at UFC 211 just last month.

UFC 215 is slowly coming together and as of this writing, has just one other bout, a light heavyweight affair pitting Tyson Pedro against Ilir Latifi, though you can expect more fights to be announced in the coming weeks.