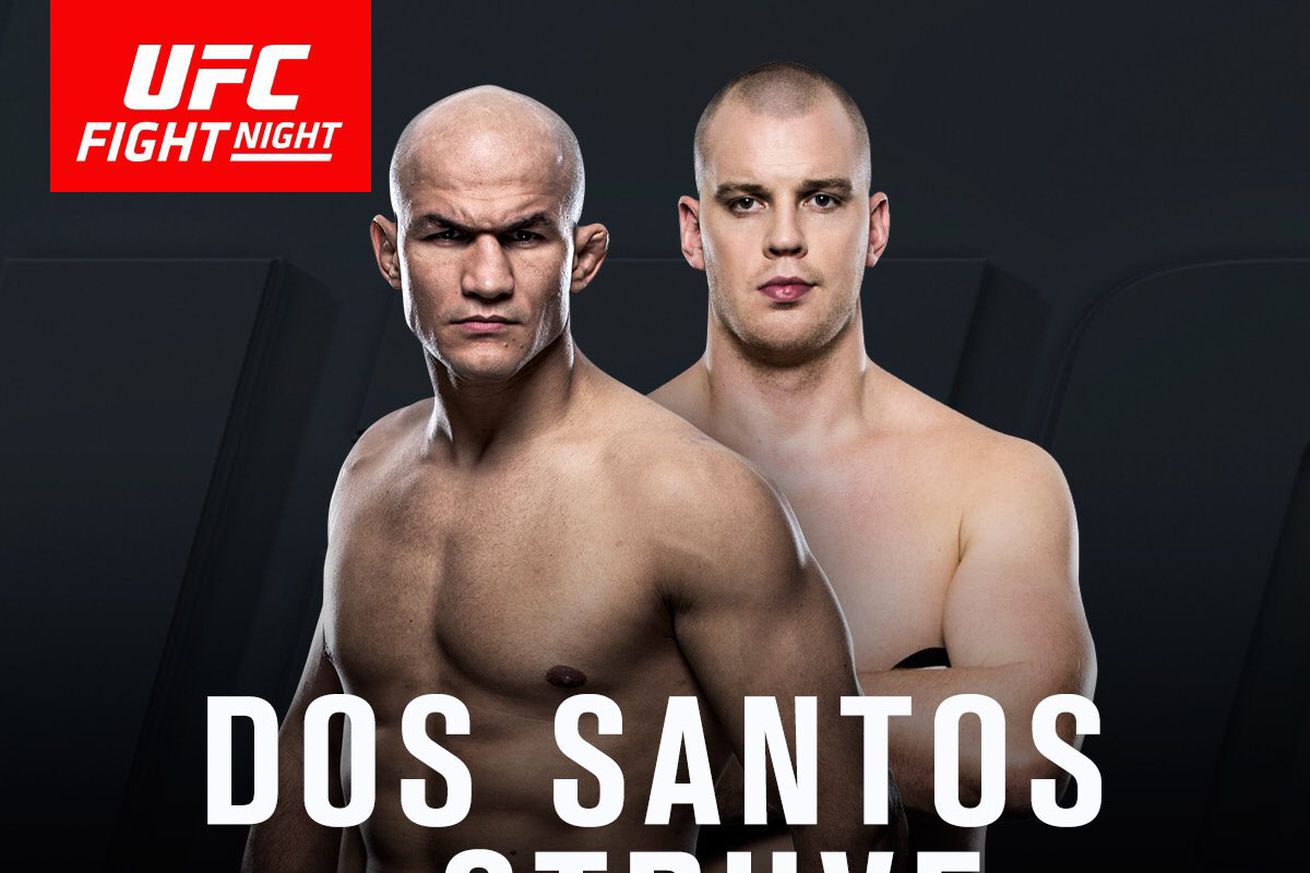 Ultimate Fighting Championship (UFC) is taking it back to 2009 …

Former Heavyweight champion, Junior dos Santos, will look to remain undefeated against Stefan Struve when the two collide in a rematch that will headline UFC Fight Night: “Halifax,” which is set to take place at Scotiabank Centre in Halifax, Nova Scotia, Canada, on Feb. 19, 2017.

UFC.com made the showdown official earlier today, as well as revealed several other match ups for the FOX Sports 1-televised event.

dos Santos and Struve first met back at UFC 95 in London, England, more than seven years ago, with “Cigano” scoring a first round technical knockout over the towering Dutchman. The Brazilian would later go on to win the division crown six fights later with a 64-second knockout of then-champion Cain Velasquez.

Much has changed since that time.

dos Santos lost his title back to Velasquez in their rematch one year later. Since that time, dos Santos has alternated wins and losses, going even (3-3) inside the Octagon with a decision win over Ben Rothwell in his most recent appearance at UFC Fight Night 86 back in April.

Struve, meanwhile, has won back-to-back bouts over Antonio “Bigfoot” Silva and, most recently, Daniel Omielanczuk via submission at UFC 204 two months ago. In fact, “Skyscraper” has won three of his last four fights to earn a ranking just outside the division’s Top 10 (No. 11).