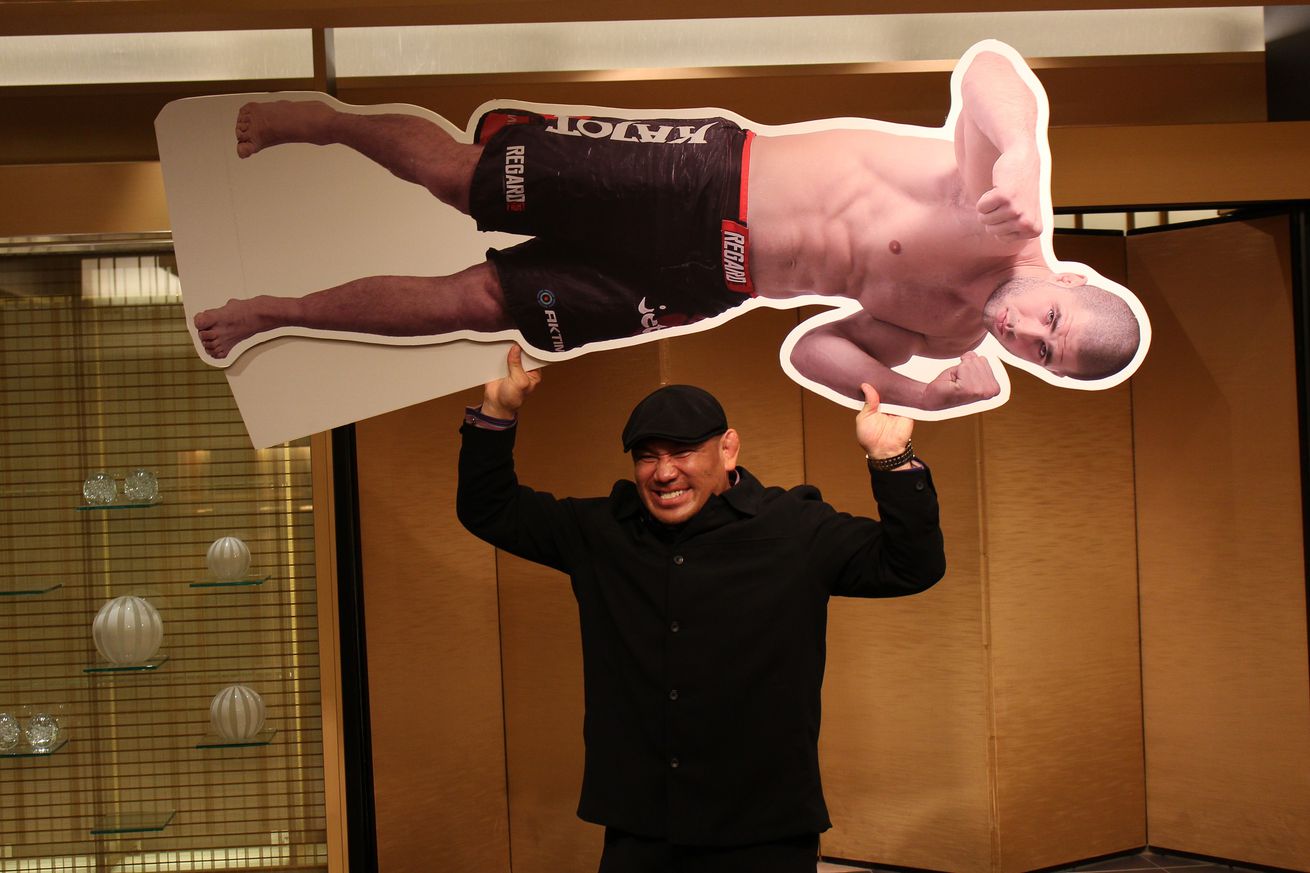 It’s beginning to feel a lot like Christmas PRIDE FC.

As head cheese for RIZIN FF, Nobuyuki Sakakibara isn’t opposed to rekindling old relationships to further improve his ever-growing roster of mixed martial arts (MMA) fighters (like this one).

He did just that by signing his former PRIDE employee Kazuyuki Fujita to compete for his new Japan-based promotion.

From the official press release:

The 45-year old legend hasn’t competed in over two years after coming up short against Satoshi Ishii in 2013, his fourth straight defeat.

Throughout his 13-year career, “Ironhead” has taken on some of the best the sport has to offer, including memorable bouts against Fedor Emelianenko, Mirko Filipovic and Wanderlei Silva.

Though he’s seen better days, the bruising heavyweight looks to make another mark in the Japanese MMA world when he dusts off his gloves to take part in some fisticuffs next month. And who knows, we may get the chance to see Fedor vs. Fujita part deux.