Home MMA News Ken Shamrock pleads for ‘disgraceful’ Royce Gracie result to be made right: ‘Don’t let me go out like that’
ShareTweet 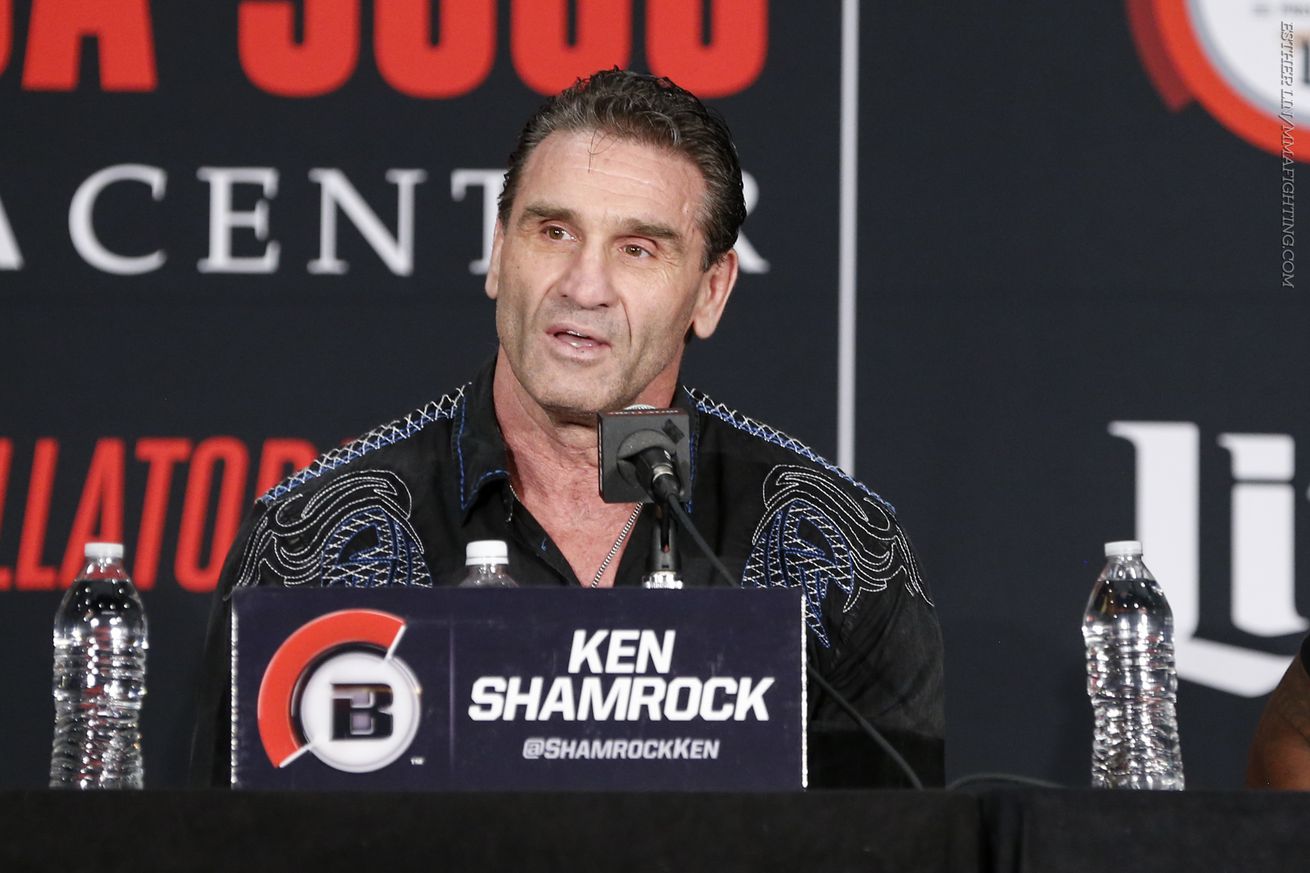 Ken Shamrock waited 21 years for closure in his rivalry with Royce Gracie. Now, the situation feels more unresolved than ever before.

Shamrock and Gracie’s long-awaited trilogy match ended in controversy Friday night at Bellator 149 when Gracie capitalized on an unnoticed illegal knee to the groin and finished Shamrock with a flurry of hammerfists just seconds after the foul.

“I’m still numb,” Shamrock told MMA Fighting days after the loss. “I just don’t know how something like this could happen. I just don’t get it.

“I’m disappointed, very disappointed. I really thought that we were going to have a good night, and I could really be comfortable with where I was at with my career and my life. And all of a sudden it turned upside-down.”

After waiting over two decades for a chance to fight Gracie again, Shamrock now finds himself at the mercy of the Texas Department of Licensing and Regulation (TDLR). On Sunday, Shamrock and his team announced intentions to file an official appeal to the TDLR, which oversaw the bout in Houston, arguing that the result should be overturned into a ‘no contest’ because of the obvious foul that immediately preceded the finish.

The sequence itself was replayed several times on Friday night, drawing boos from the crowd inside the Toyota Center. Shamrock and Gracie locked into a clinch midway through the first round and began trading knees. A wayward shot by Gracie careened directly into Shamrock’s groin, which was then followed by another knee to the head. As Shamrock reached down, clutching his groin in pain, Gracie wrestled Shamrock to the floor and secured the finish, all while referee Jacob Montalvo stood by unaware of the illegal blow.

“I see how he could miss it,” Shamrock acknowledged. “I do. Because I was spinning out of ….View full article