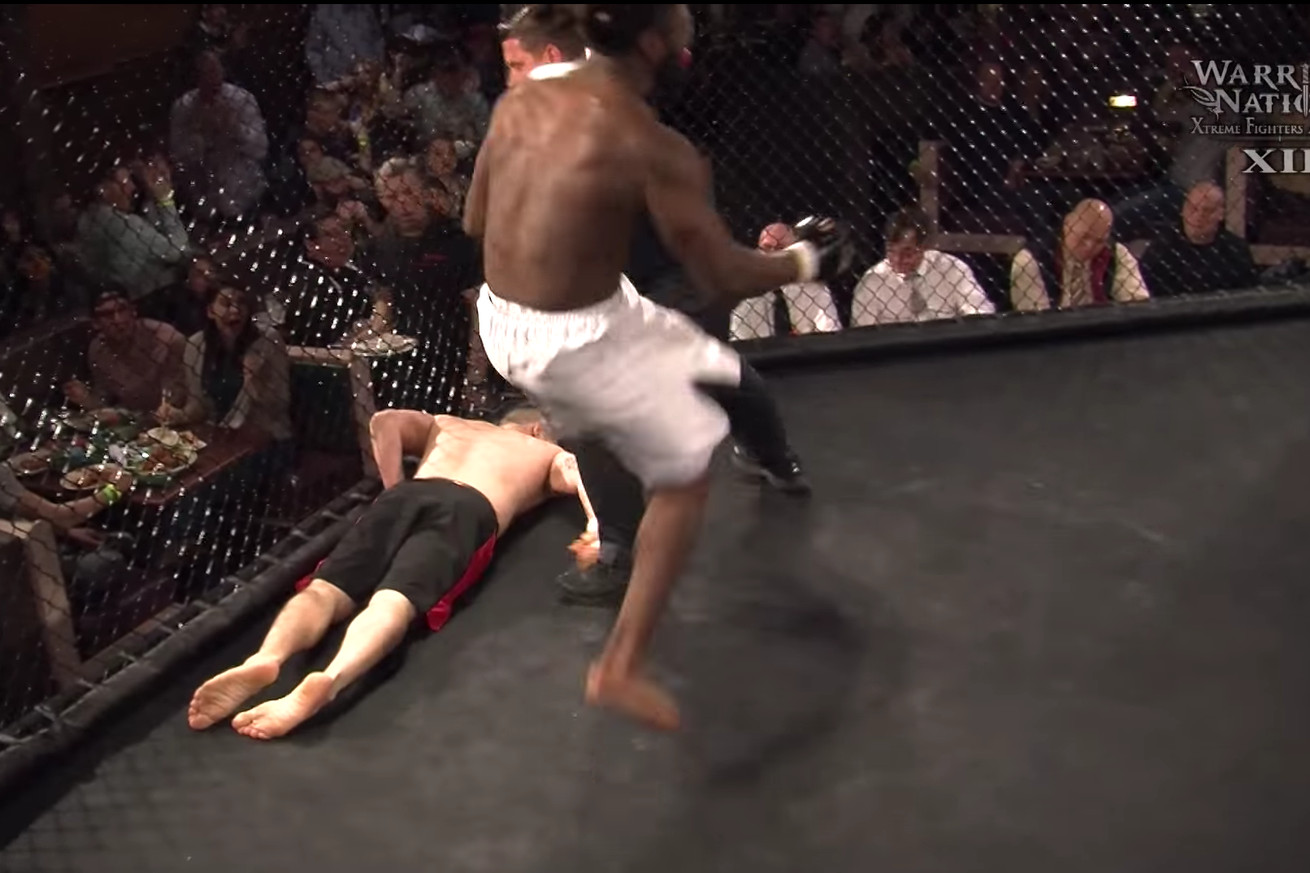 Ferguson, Jr., or “Baby Slice” as you may know him, slung heavy leather from the bout’s outset, eventually connecting with the fight-finishing blow midway through his amateur debut. You can watch the fight in its entirety in the video above.

As the son of YouTube sensation, street fighting legend, and current Bellator MMA attraction Kimbo Slice, Ferguson, Jr., will undoubtedly carry significant hype with him throughout his amateur – and, perhaps, professional – fighting career.

Time will tell if he can eventually surpass his father’s legacy, but he’s certainly off to a quick start.