Home MMA News Kevin Lee responds to Al Iaquinta: ‘Nobody give a f*ck’ if you retire
ShareTweet 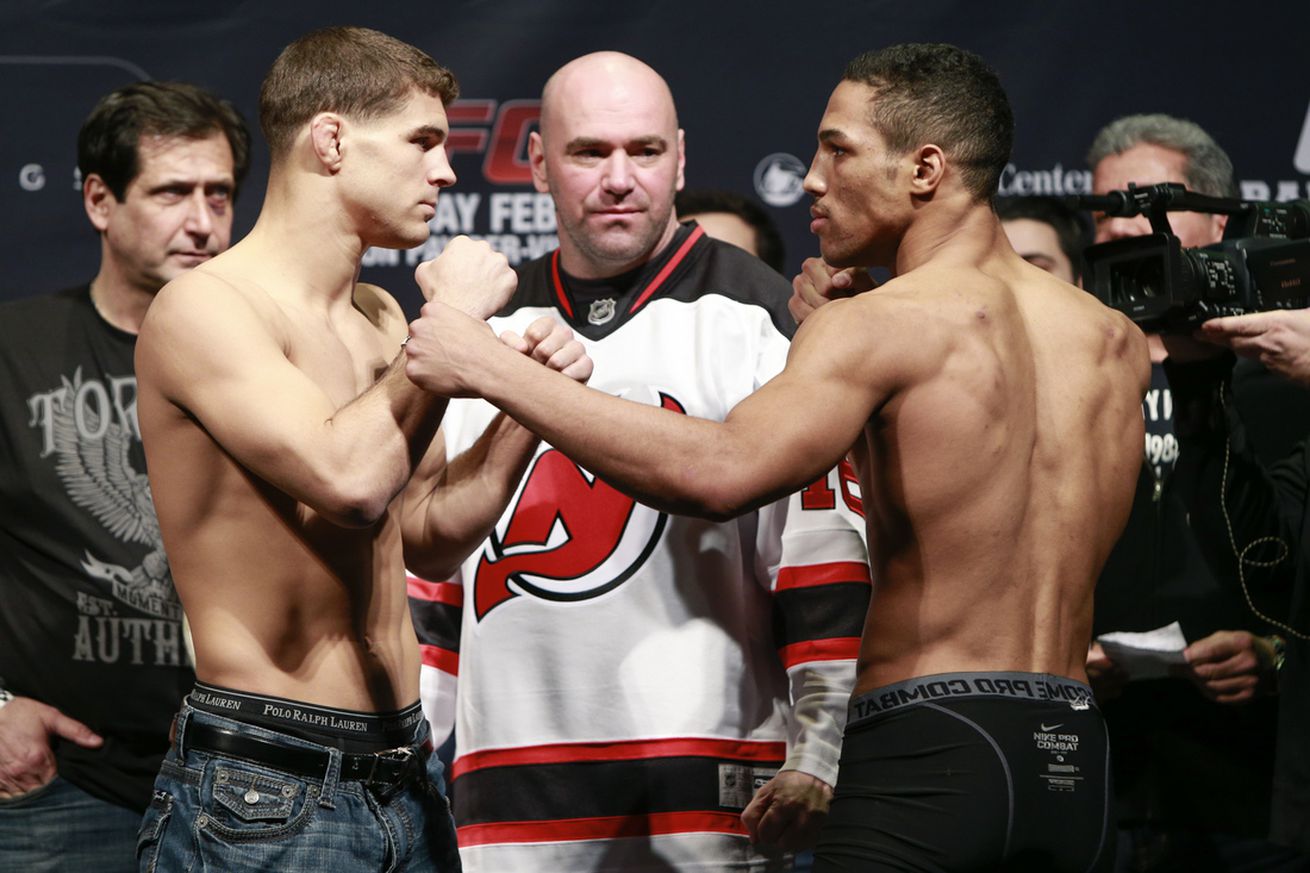 Al Iaquinta’s raging rants have been the story of MMA this week. Kevin Lee was the victim of some choice Twitter barbs from Iaquinta on Tuesday. So on Thursday, the Detroit native responded to his former UFC lightweight foe.

In an Instagram post, which featured a photo of Lee punching Iaquinta during their 2014 fight, Lee lobbed some trash talk right back at “Raging Al,” poking fun at his real-estate career and saying nobody wants to hear him complain about his UFC contract.

“Nobody give a fuck if u retire,” Lee wrote.

@aliaquinta shut up and let the real men work stupid. Or keep fucking things up for yourself . Nobody wanna hear a grown ass man complain, finish your bum ass contract and then we can talk again. Nobody give a fuck if u retire, I need a home in New York area anyway so you can be my real estate agent. I’ll give you a good commission after I finish with @mikemav22. I’ll spend your years salary in a month, now tell me who really winning #LoveUFC #MTP #25toLife

Iaquinta has been in a feud with the UFC in recent months, stemming from the promotion taking away his ability to make fight-night bonuses and an issue with the UFC paying for his knee surgery. Iaquinta considered retirement last year to focus on real estate, but came to knock out Diego Sanchez in 98 seconds Saturday night at UFC Fight Night 108 in Nashville.

Once again, Iaquinta was not given a $50,000 Performance of the Night bonus and that made “Raging Al” angry again. Iaquinta bashed the UFC on Monday’s episode of The MMA Hour, telling UFC president to “shut your f*cking mouth” regarding his comment about the flight home from UFC 208 being the best part of the night.

Iaquinta went on a Twitter rant Tuesday, bringing Lee’s name into the fold, criticizing his ability to punch. The two have exchanged words on social media and in interview before. Iaquinta defeated Lee by unanimous decision in February 2014.

Kevin lee couldn’t throw a punch to save his life

Lee, who fights Michael Chiesa in the main event of UFC Fight Night 112 on June 25 in Oklahoma City, obviously saw the tweets and Iaquinta’s comments about the UFC.

“Shut up and let the real men work stupid,” Lee wrote on Instagram. “Or keep f*cking things up for yourself. Nobody wanna hear a grown ass man complain, finish your bum contract and then we can talk again.”