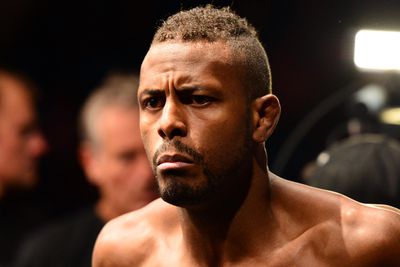 Winner of three of four UFC bouts, and a pair of post-fight bonuses, Kevin Souza is no longer a UFC fighter.

Souza, who had a 10-fight winning streak snapped by Chas Skelly in November, was listed among eight fighters recently cut from the promotion. Souza, who confirmed his cut to MMAFighting.com on Tuesday, revealed on Wednesday that his four-fight contract expired in November, and the promotion showed no interest in signing a new deal.

“Every fighter receives an e-mail from USADA to notify their whereabouts, if you’re making a trip or things like that,” Souza told MMAFighting.com, “and I got an e-mail saying I didn’t need to notify them anymore because I wasn’t listed as a UFC fighter. That’s how I found out.”

Souza didn’t gamble like Alistair Overeem, Ben Henderson and Aljamain Sterling, who recently fought the last fights of their contracts before negotiating a new deal. According to the Brazilian, the UFC never offered an extension after he won his first three bouts.

“It was weird because I’ve seen many fighters with the same contract I had, a four-fight deal, signing new deals after a win and a loss, or after three fights, and I was coming off three wins, two bonuses, and they didn’t want to sign a new deal with me,” he said. “I thought it was weird. And they still didn’t tell me why they aren’t interested.”

Souza is technically a free agent, and the UFC can still offer him a new deal. That’s now how the Brazilian sees his current status.

“They said I’m not being cut, that my contract simply ended and they are not interested in renewing it at the moment. That’s the same thing to me,” Souza said. “I’m free to negotiate.”

“I don’t want to create any controversy, but it’s weird,” ….View full article