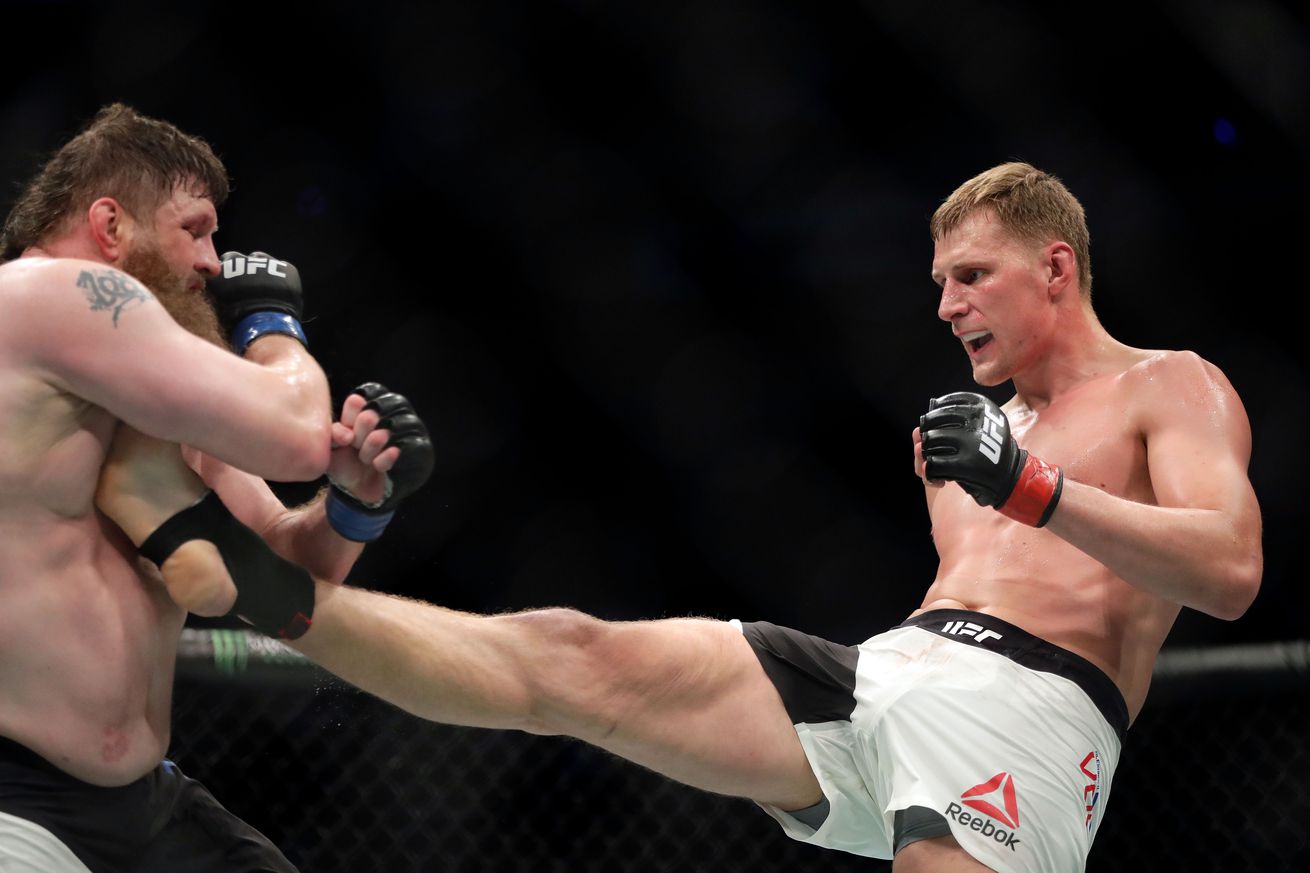 In a battle for position in the UFC’s depleted heavyweight division, towering contenders Stefan Struve and Alexander Volkov will lock horns later today (Sat., Sept. 2, 2017) at UFC Fight Night 115 live on UFC Fight Pass from inside the Ahoy Rotterdam arena in Rotterdam, Netherlands. The matchup will serve as the main event, giving Volkov his biggest Octagon opportunity to date.

As Struve gears up to defend his honor on home soil, Volkov aims to capture victory in all three of his first UFC appearances. The former Bellator MMA champion will have his work cut out for him opposite Struve, but has the skill to walk away with the win.

Here are the keys to victory for both Volkov and “Skyscraper,” as two of the tallest fighters on the UFC roster collide in Rotterdam.

With a three-inch reach disadvantage and a seven-foot Stefan Struve standing across the Octagon from him, Volkov must be the faster fighter today at UFC Fight Night 115. The Russian rarely faces an opponent who is bigger than he is, so it’s going to be interesting to see how “Drago” handles Struve’s stature.

Luckily for Volkov, he’s extremely skilled in hand-to-hand combat. The 28-year-old heavyweight isn’t just a heavy hitter. He’s extremely composed on the move, understands angles and spacing, and showed his ability to stick and move when he beat the brakes off Roy Nelson back in April.

Struve doesn’t quite load up as often as “Big Country” and understands the need for a jab, but “Drago” should have ample opportunity to score on the feet and avoid a stiff counter.

2. Win the inside battles…

There is going to come a time in this fight when Volkov must defend his spacing inside. Struve is really good at closing the gap and making the fight a battle of position and transitions, so “Drago” is going to have to be prepared to not only defend a disastrous takedown, but also score during the chest-to-chest exchanges.

Much like what Daniel Cormier did to Alexander Gustafsson, or what Volkan Oezdemir did to Jimi Manuwa this past July, Volkov will have small windows of opportunity to land an uppercut down the pipe whenever Struve grabs a hold of his neck. The Russian packs a powerful punch, so one shot may be all it takes to chop down “Skyscraper.”

Usually opponents find it difficult to fight long against a towering heavyweight like Volkov, but Struve is no ordinary foe. Coming in at 7’0”, the man they call “Skyscraper” is in a league of his own. Struve may not be as skilled and disciplined on the feet as Alistair Overeem or current UFC heavyweight champion Stipe Miocic, but his size allows him to harness a very dangerous striking game.

Remember, Struve is one of only two fighters to defeat Miocic inside of the cage, and the only one to ever finish him with strikes.

When Struve enters the cage later today and stands across from “Drago,” he’ll be presented with another opportunity to utilize his reach, keep his opponent at bay, and wait for his own gameplan to unfold. If he can do that, Volkov shouldn’t be able to put forth much of an offensive effort.

Despite his reach, length, and dexterity on the feet, Struve is his most dangerous in close quarters. He not only understands how to hurt an opponent to the body when in the clinch, but he’s one of the best submission experts the UFC heavyweight division has ever seen.

So to be surprised if Struve relies on his grappling skills and heavy top game to tire Volkov, make him fight with his arms instead of his fists, and work his way towards a finish on the ground. Volkov has only been submitted twice in his career, but “Skyscraper” owns 17 career wins by way of submission (five in UFC). There will be a clear difference in skill.