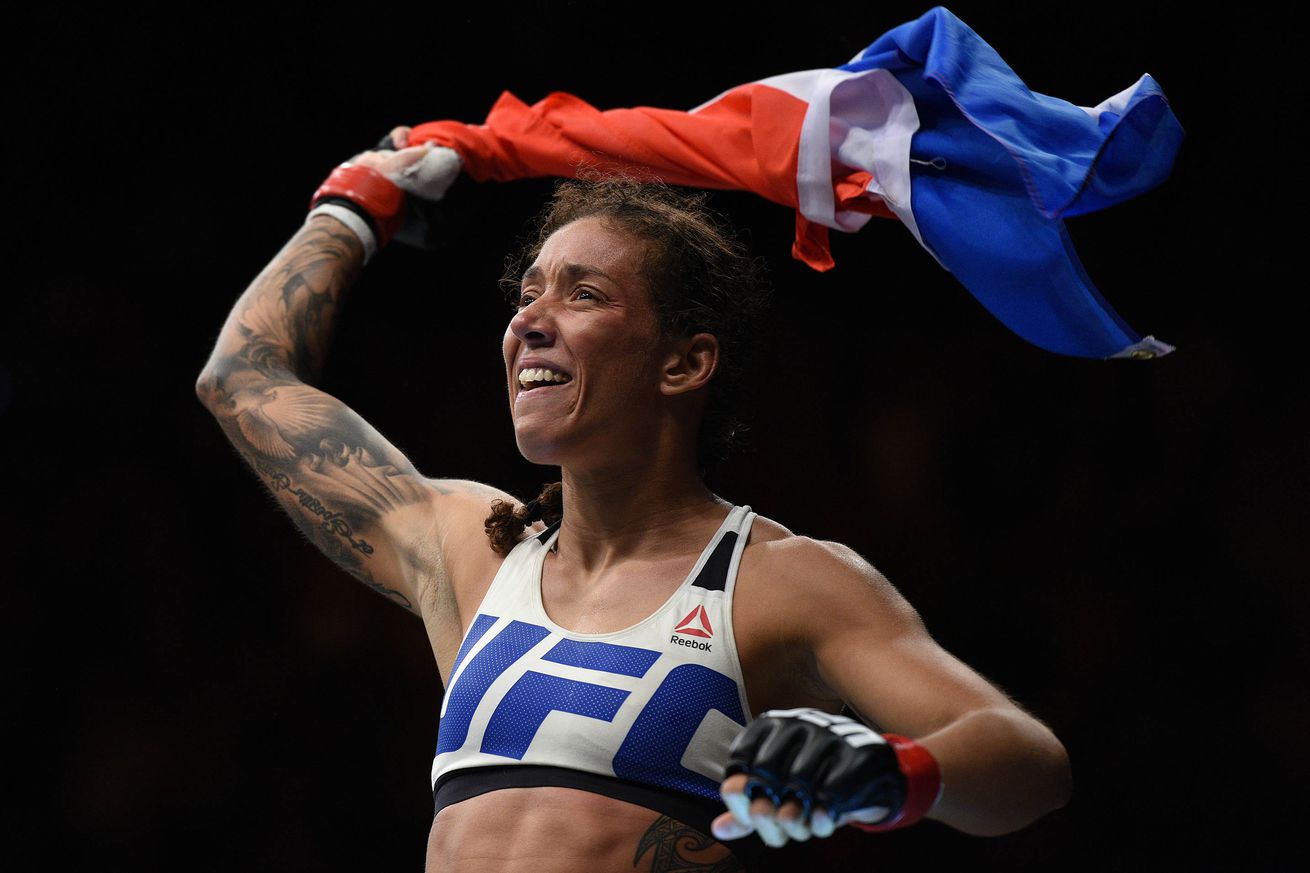 Two of the very best female strikers in mixed martial arts (MMA) today will collide later tonight (Sat., Feb. 11, 2017) at UFC 208 live on pay-per-view (PPV) from inside Barclays Center in Brooklyn, New York, as former Ultimate Fighting Championship (UFC) women’s bantamweight queen Holly Holm challenges Germaine de Randamie in the main event. Both fighters will look to become the first women’s featherweight champion in the history of the promotion, setting up a potential showdown with the almighty Cris Cyborg later this year.

In effort to shed some light on the impending title fight, we’re going to dive a little deeper and determine what each fighter needs to do to escape the streets of New York victorious. Here are the keys to victory for both Holm and de Randamie as UFC 208’s main event draws closer.

In such an even-keeled matchup between capable strikers, it’s important that Holm is able to land early and find her groove. Remember, “The Preacher’s Daughter” had a difficult time settling in against Valentina Shevchenko when the two met back at UFC on FOX 20. Holm was unable to create worthwhile spacing, got slammed by counter hooks and never seemed to unload her very best.

Against de Randamie, who is as decorated of a striker as Shevchenko is, Holm must not fall into the same routine. She must be willing to absorb damage in the early going in order to establish her own rhythm, score points, command the center of the Octagon and allow her technique to take over the fight.

De Randamie has never competed in a five-round affair. Holm has, three times. That creates a sense of comfort for the former women’s bantamweight champion when the action spills over to the fourth and fifth frames. In order to lean on her experience and trust her ability to push through adversity late into the fight, Holm must look to tire her counterpart early.

While de Randamie isn’t known for having a small gas tank, she isn’t used to 25 minutes of action. If Holm can push the pace from the early going, make it a dirty fight, sap “Iron Lady” from all angles and force her to fight through a wall of exhaustion in the championship rounds, that may be all “The Preacher’s Daughter” needs to pull out in front.

If de Randamie wants to give herself the best chance of winning she’ll look to utilize the two-inch reach advantage that nature has provided her with. She already fights long, so “Iron Lady” shouldn’t have trouble finding spots around the edges and keeping Holm at bay with kicks and straight-line punches.

That said, there will come a time when de Randamie is presented with an opportunity to get inside and score points. She must choose wisely when deciding to either engage Holm in close quarters or reap the benefits of a rangy striking arsenal capable of picking an opponent apart from distance.

After watching Holm struggle against Shevchenko this past July, de Randamie has to be confident in her ability to counter “The Preacher’s Daughter” and make her pay with every forward advancement. If she isn’t, she has to be. It’s one of her clearest paths to victory.

While Shevchenko is built better to deliver short hooks in return and crisp combinations inside, de Randamie is a very skilled striker who understands timing, distance and delivery. If Holm extends her efforts on the feet like she did against “Bullet,” there’s no doubt that “Iron Lady” can catch her on the exit and create a lasting impression in the eyes of the judges.

MMAmania.com will deliver LIVE round-by-round, blow-by-blow coverage of the entire UFC 208 fight card, starting with the Fight Pass “Prelims” matches online, which are scheduled to begin at 7:30 p.m. ET, and then the remaining undercard balance on FOX Sports 1 at 8 p.m. ET, before the main card start time at 10 p.m. ET on PPV.