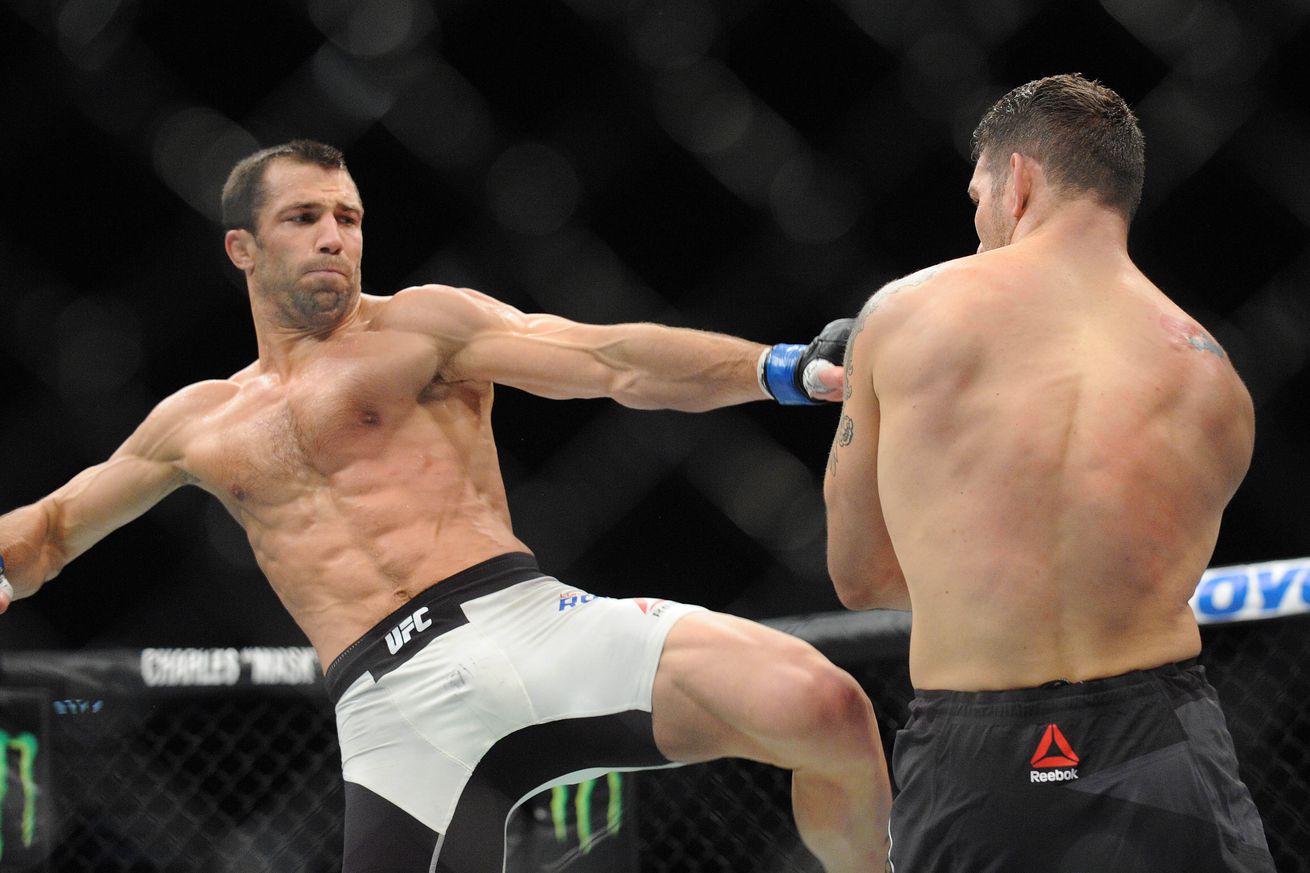 The main event bout is an important one in the UFC’s evolving middleweight division, especially considering Rockhold is on a short list of worthy title contenders. Branch could leap frog a bunch of names at 185 if he can pull off the upset and hand Rockhold his first back-to-back skid of his professional career.

Here are the keys to victory for both Rockhold and Branch, as both men gear up for their most important bout of 2017.

The athletic abilities that Rockhold possesses are rarely mirrored in the UFC’s middleweight division. With a unique set of skills that play directly into his ability to form explosive attacks, Rockhold is able to chop down most of the opponents he encounters. The 32-year-old does this by landing splintering kicks to the legs, body, and head, among other things.

Look for Rockhold to rely on his kickboxing repertoire later this evening against Branch. If Rockhold is able to establish range early and make the former WSOF standout pay for every inside advancement he makes he’ll be able to take control of the fight, dictate the pace, pick Branch apart, and inflict damage that will force a detrimental mistake.

In addition to Rockhold’s athletically-driven offense, the former UFC champion is designed to go the distance almost every time he steps inside of the cage. Having been scheduled for five rounds of action in each of his last four fights, Rockhold has been forced to adapt his elite game to last as long as it takes.

That’s not to say Branch doesn’t sport sound cardio, especially considering he’s gone five rounds in three of his last four fights, but Rockhold has displayed the ability to remain just as dangerous in each and every round. Not to mention Rockhold has had to do it against the best middleweights on the planet. Branch has not.

Whether or not cage rust actually exists, Rockhold is going to experience a brief feeling out period later tonight at UFC Fight Night 116. After all, he hasn’t competed in well over 15 months and suffered a crippling knockout loss his last time out. Coming hot out of the gate and throwing caution to the wind isn’t going to bode well for the former champ.

In order to take advantage of this brief lull, Branch must push the pace early, force Rockhold to take a step back, land something of significance, and grab a hold of the early momentum. The longer Branch takes to attack and score the worse his chances become of dictating the pace and forcing Rockhold to play into his gameplan.

It’s going to be very interesting to see how Rockhold handles Branch on the ground. Rockhold is easily one of the best grapplers in the middleweight division (evident by his smashing of former champions Chris Weidman and Lyoto Machida) and often ends up in top position after battering opponents on the feet.

That said, Branch is a very strong middleweight and a black belt under renowned jiu-jitsu practitioner Renzo Gracie. He may only have seven career submission wins to his name, but Branch heavily relies on his ground game to control the pace of a fight and score points in bunches.

If Branch wants to surprise Rockhold and make him defend on multiple levels he’s going to have to get the best of the early ground battles. This includes takedowns, defending off his back, actively pursuing submissions, and demonstrating the technical ability to debunk Rockhold’s athletic dominance.