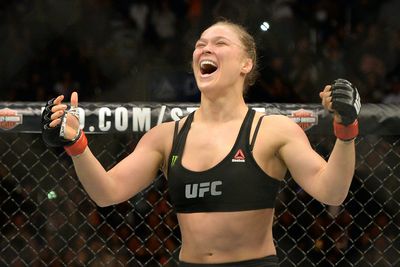 MMAmania.com takes you through the “do’s” and “don’ts” for both main event participants who battle tonight (Sat., Nov. 14, 2015) inside Etihad Stadium in Melbourne.

Ronda Rousey (12-0) defends her women’s Bantamweight strap for the seventh time against top-ranked contender and former boxing champion Holly Holm (9-0) in the featured bout of the evening.

“Rowdy” has blazed quite the trail inside and outside of the Octagon, turning back Bethe Correia in Brazil (full fight here) at UFC 190 just a few months ago. “Preacher’s Daughter” has won two-straight in UFC, most recently ousting Marion Reneau (full fight here) back in July at UFC Fight Night 71.

One fighter will taste to defeat tonight, while the other will lay claim to the title of best in the world at 135 pounds. Will it be the unstoppable force Rousey or the calm, cool and collected Holm?

Below are the keys to victory for both women when they collide later tonight: