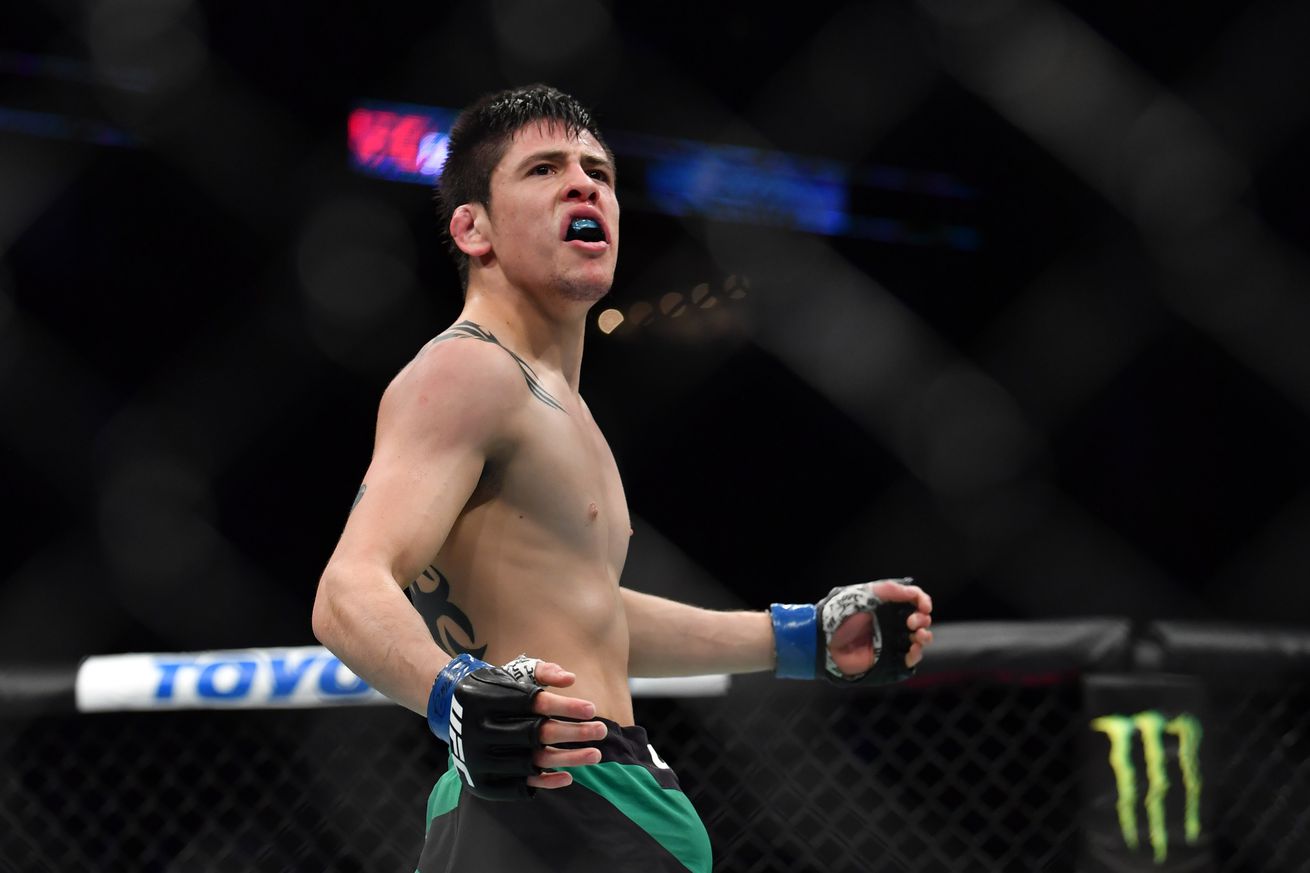 The Octagon action will be plentiful later tonight (Sat., Aug. 5, 2017) at UFC Fight Night 114 live on FOX Sports 1 from inside Arena Ciudad de México in Mexico City, Mexico, when flyweight contenders Sergio Pettis and Brandon Moreno go head-to-head in an ultra-important main event. The winner of Pettis vs. Moreno will presumably fight for the 125-pound title next time out.

In preparation for the impending headliner, we take a closer look at what both Pettis and Moreno need to do in order to leave Mexico City victorious. Here are the keys to victory for “Phenom” and “Baby Assassin.”

There’s no denying that Pettis is a super-talented flyweight capable of great things, especially considering he’s only 23 years of age. But in the past, despite his natural abilities, Pettis hasn’t necessarily pieced it all together at the right time. That, however, is sometimes easily fixed as more experience is gained in bigger fights.

Luckily, Pettis has a huge chance to burst onto the mainstream scene tonight at UFC Fight Night 114. But in order to take full advantage of his skill set and tools capable of defeating a wily youngster like Moreno, Pettis must find his rhythm early and often in order to set the tone of the fight. After all, “Phenom” is usually at his best when he’s landing at will, dictating the pace of the fight, and in control of his own fate.

Being the brother of former UFC lightweight champion Anthony Pettis, Sergio Pettis has been around creative striking his entire fighting career. As a result, the young flyweight has developed his own striking pallet chock-full of spinning techniques, crisp combinations, leg kicks, and just about everything he has ever seen “Showtime” throw in the gym.

While Moreno is a skilled fighter capable of attacking from all angles, he isn’t as polished on the feet as Pettis. In order to lean on his strengths and gain an upper hand as early as possible, Pettis must utilize his creative side in more than one facet. Changing levels, jumping in and out of range, mixing up his strikes, and giving Moreno as little as possible to predict is the quickest way Pettis can work his way to victory.

While Moreno has won all three of his Octagon appearances to date, the 23-year-old Mexican fighter has not dominated every second of his fights. As a matter of fact, the rising flyweight contender has encountered dangerous situations throughout his UFC career, mostly due to his willingness to through caution to the wind and sling heavy leather.

Against someone as seasoned and skilled as Pettis is on the feet Moreno may have to tone it back a notch to make sure he’s controlling the chaos. If he finds himself reaching for the clinch or coming in with his chin exposed, Pettis is certainly capable of turning the lights off.

So while Moreno shouldn’t change up his entire approach to the fight , he needs to account for all five rounds and understand how to subdue his sometimes overzealous offense.

Considering Moreno was just taken down four times by Dustin Ortiz back at UFC Fight Night 108, it’s very plausible that Pettis will be able to take the Mexican flyweight to the ground tonight. Pettis has scored seven total takedowns in his last three Octagon appearances (all wins), so he’ll probably lean on that at some point during the fight.

Fortunately for Moreno, he’s a wizard in close quarters. Evident by two sensational submission finishes in three UFC bouts, “Baby Assassin” is quickly making a name for himself as a finisher on the ground. Pettis is no slouch in the grappling department, but he has been tapped out inside of the Octagon before.

If Moreno finds himself fighting off his back at any point in this fight he needs to score off the bottom and throw up as many submission attempts as possible. Because if Moreno’s short history inside of the Octagon has shown us anything it’s his ability to force the finish.

MMAmania.com will deliver LIVE round-by-round, blow-by-blow coverage of the entire UFC Fight Night 114 fight card, starting with the Fight Pass “Prelims” matches online, which are scheduled to begin at 7 p.m. ET, and then the remaining undercard balance on FOX Sports 1 at 8 p.m. ET, before the main card start time at 10 p.m. ET on FOX Sports 1.