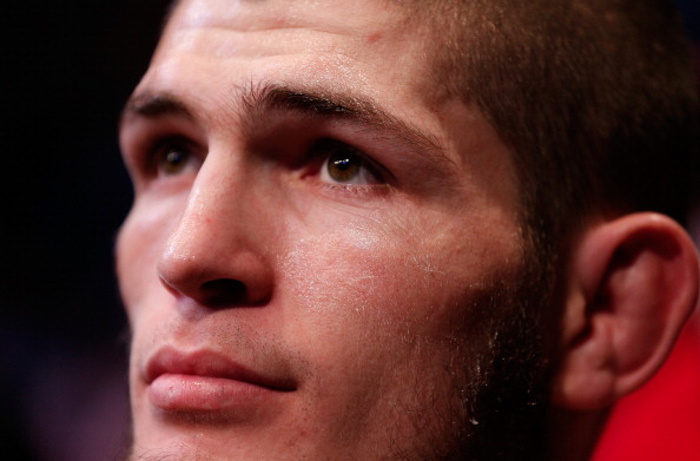 By the time UFC lightweight Khabib Nurmagomedov fights Tony Ferguson on April 16 in Tampa, Florida, it will have been nearly two years to the day since the Dagestani fighter (and noted bear wrestler) last entered the Octagon. Since his 2014 defeat of Rafael dos Anjos, Nurmagomedov’s professional life has been defined almost entirely by heartbreak and disappointment, watching others pass him by as he’s had to pull out of fight after fight with injuries. Two long, long years in the prime of his fighting life spent pondering the betrayals of the body and what might have been. Now, just when it seems like things are okay again anatomically and the road to the lightweight belt (now worn by, of all people, Rafael dos Anjos) is coming back into focus, Nurmagomedov is facing a new and bizarre kind of challenge, a distraction so strange as to be without precedent in MMA history.

On Saturday Nurmagomedov posted on Instagram footage of his avatar from the just-released EA Sports UFC 2 video game celebrating after a victory over (who else?) Rafael dos Anjos. In the video, the virtual Khabib lifts his hands triumphantly as virtual Bruce Buffer announces his win. Then, in a virtual shot sure to be heard ‘round the world (our very real world at this very real and contentious point in history) Nurmagomedov casually touches his right hand to his head then his chest, followed by his left shoulder and his right. The sign of the Christian cross. Virtually.

The problem is that Khabib Nurmagomedov is not a Christian but a devout Muslim, and devout Muslims surely appreciate their video game doppelgängers showing the sign of ….View full article