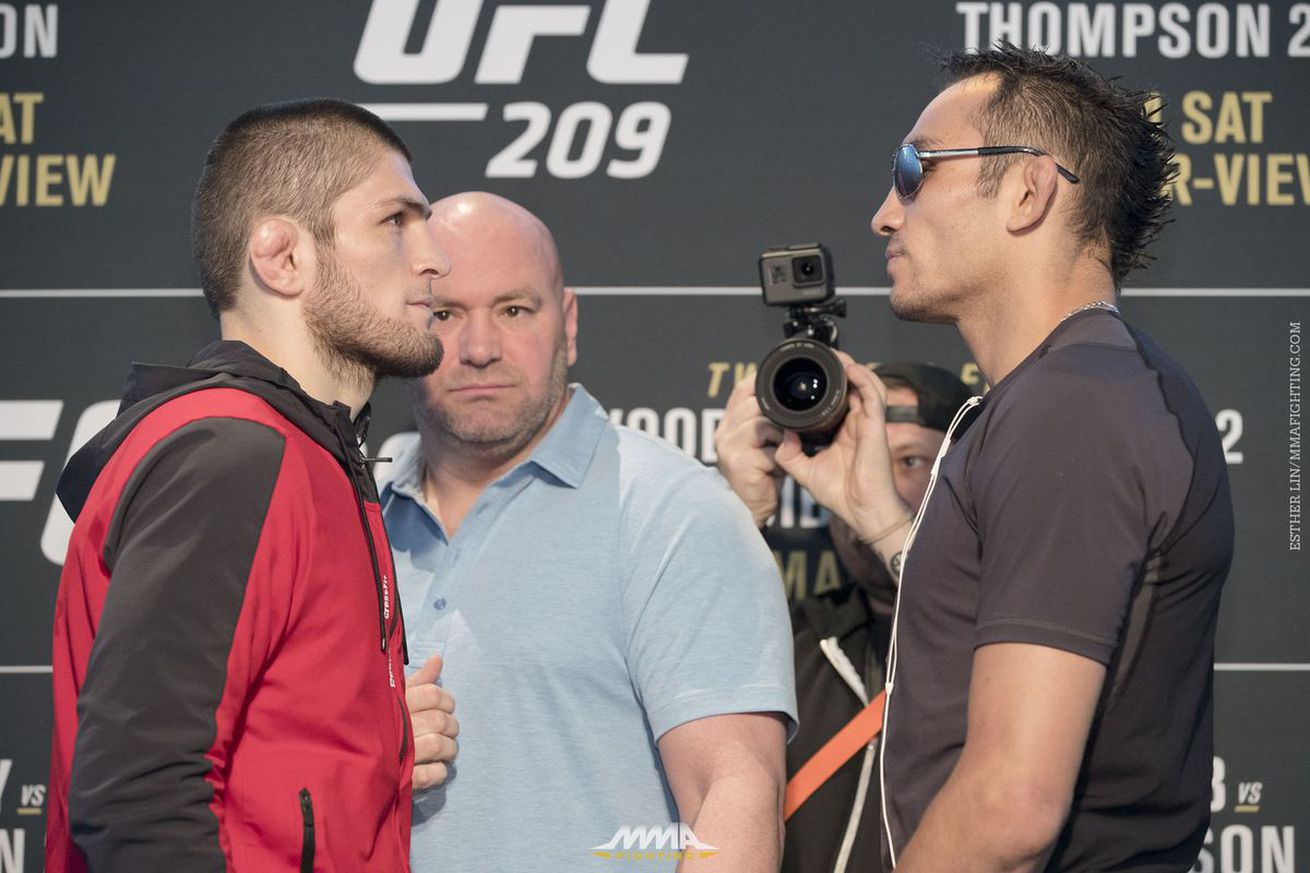 Obviously, Khabib and Co. didn’t take too kindly to the accusations, prompting an all out war of words between the two sides, all while lobbying Ultimate Fighting Championship (UFC) matchmakers to make the fight happen.

You don’t need my manager, I’m the one who fights with you. Take the fight or tell fans that you looking for easy way.

I heard you insisting on fight with someone in October? What’s happened? Looking for #runaway road you POS? @TonyFergusonXT

Ya’ll Full Of Shit. Call @SeanShelby @DanaWhite Tell Em You Want To Fight Me Oct/Nov. Don’t Matter Where. Then We Can Battle. Til Then STFU https://t.co/buyQtdjOlx

The two men were set to collide earlier this year at UFC 209 for the interim title before Nurmagomedov was forced out a day before the bout due to complications from the weight cut.

The cancellation was the third time a fight between the two 155-pound stars was booked and subsequently scratched. But, the duo isn’t giving up home on getting the chance to finally settle their beef inside the eight-walled cage.

Whether or not UFC officials want to gamble on re-booking the bout for a fourth time, however, is another story.