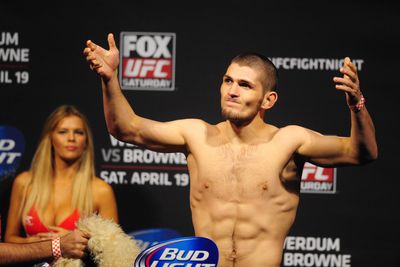 After a week of doom-and-gloom, top Ultimate Fighting Championship (UFC) lightweight contender Khabib Nurmagomedov is once again planning an Octagon return, and now has his sights set on the upcoming UFC 196 pay-per-view (PPV) event on Feb. 6, 2016 inside MGM Grand in Las Vegas, Nevada.

“I spoke to him, he’s decided against retirement,” Ariel Helwani told UFC Tonight. “His father is the boss. He said, ‘once you get the gold, you can decide.’ Khabib said fighting is in [his] blood. He’s going to relax for a while, then hopefully get back for the Super Bowl fight.”

The oft-injured “Eagle” hasn’t seen action since his unanimous decision win over Rafael dos Anjos in early 2014. He was slated to make his return next month against Tony Ferguson on FOX, but suffered a broken rib and was forced to withdraw.