Home MMA News Khabib Nurmagomedov in rehab, wants Tony Ferguson in the fall – ‘If you started business, you need to finish it’
ShareTweet 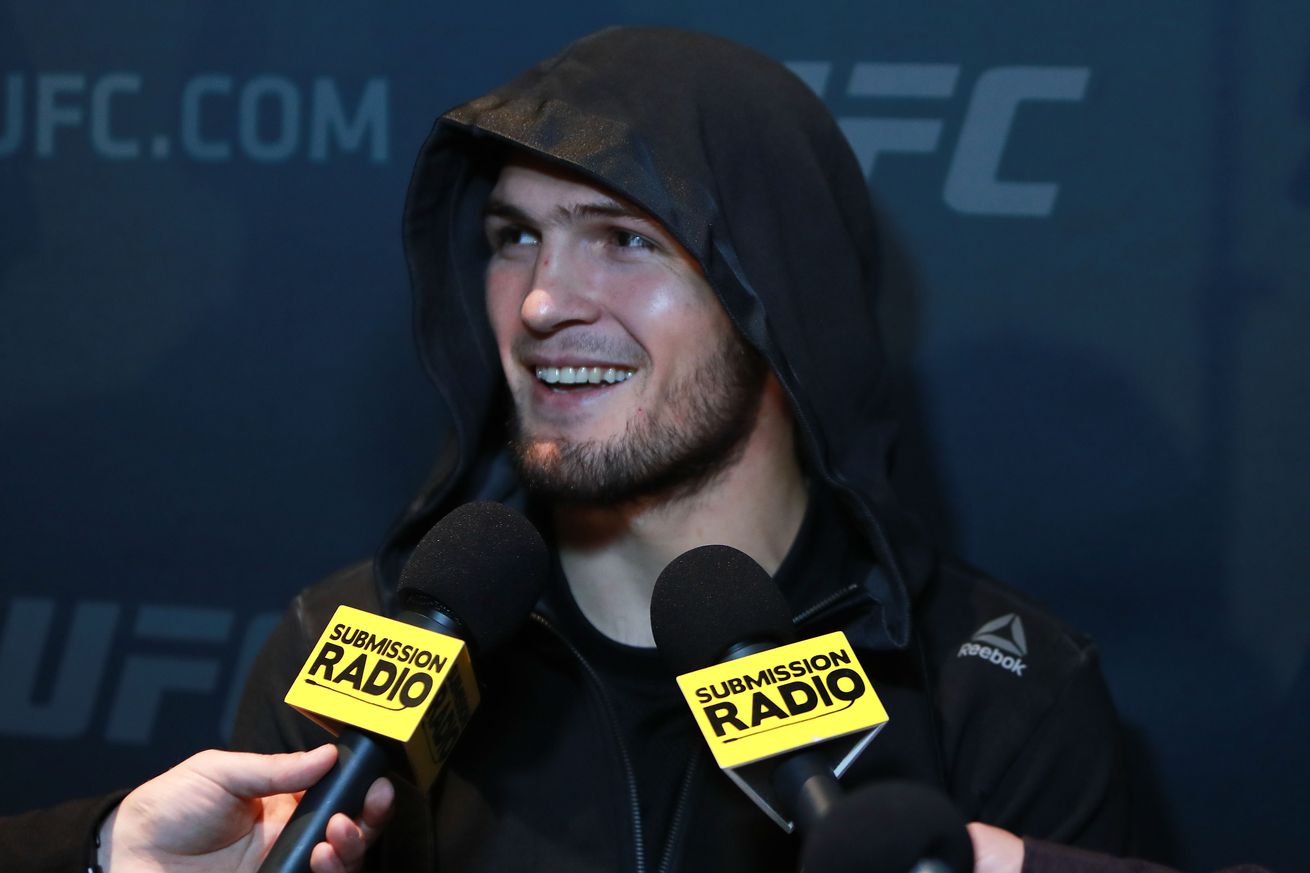 Khabib Nurmagomedov dropped the ball big time after a failed weight cut knocked him out of his interim lightweight title fight with Tony Ferguson back at UFC 209. The undefeated Russian title contender has been nursing his wounds ever since and is now focusing on his return to the Octagon.

“Now I am being treated in a medical facility, going through rehabilitation,” Khabib said during a recent interview with RT. “The exact date of the return is uncertain, but it will be in the fall. I will devote the summer to training, and will hold a fight in the fall.”

Nurmagomedov, 28, has notoriously struggled to stay healthy in the past. While “The Eagle” could have possibly made a return to training earlier than now, a month-long celebration of Ramadan postponed his return to action. When the 24-0 professional does gear up for another bout atop the UFC’s jam-packed lightweight division, he wants it to be against the same man he was scheduled to fight at UFC 209.

“It will be a repeat of the battle, in which I could not attend before,” Khabib explained, referring to Ferguson. “No other contender interests me. If you started business, you need to finish it.”

That’s all well and good, but we don’t quite know if UFC is willing to grant Nurmagomedov another shot at UFC gold considering he botched his first attempt this past March. Still, with UFC lightweight champion Conor McGregor journeying off to fight Floyd Mayweather in a boxing superfight, the 155-pound weight class needs something to keep business moving.

An interim title fight between Nurmagomedov and “El Cucuy” would certainly suffice.