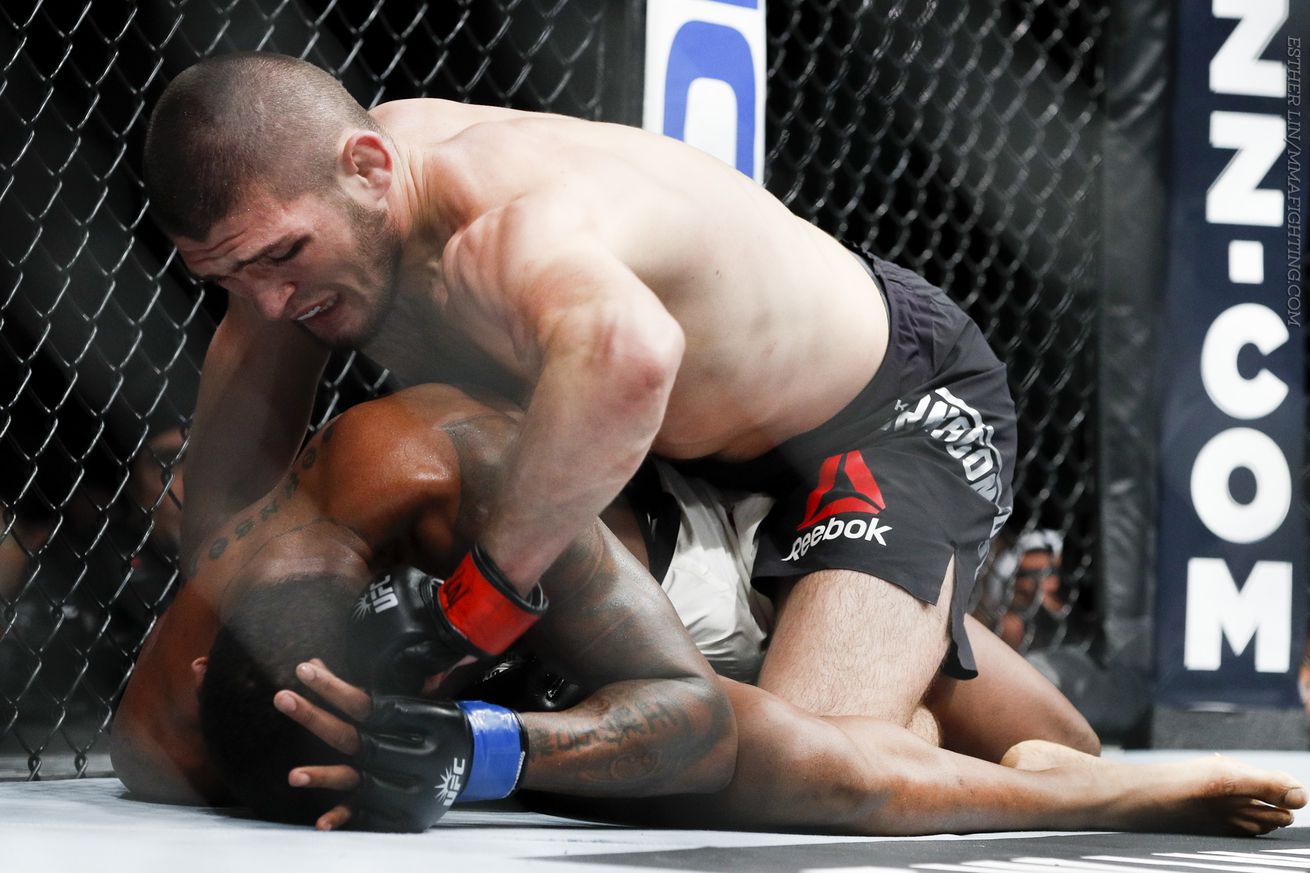 Khabib Nurmagomedov wanted to make a statement at UFC 205, and ultimately he did just that. Nurmagomedov smashed through Michael Johnson with a ridiculously dominant performance to stake his claim in the Conor McGregor sweepstakes — and now, courtesy of a preview for the UFC’s The Thrill and The Agony series, we can see how uniquely dominant that performance was.

Watch above as Nurmagomedov takes time out of his ground and pound clinic to not only insist Johnson give up, but also to impress upon both Johnson and UFC president Dana White why the next UFC lightweight title shot belongs to him. It’s a bizarre, if not utterly terrifying scene, and also joins unseen footage that shows Miesha Tate admitting to her longtime coach and boyfriend that things just don’t feel the same in the Octagon as they once did.