Home MMA News Kimbo Slice says as long as he could still ‘breathe,’ losing was ‘not an option’ at Bellator 149
ShareTweet 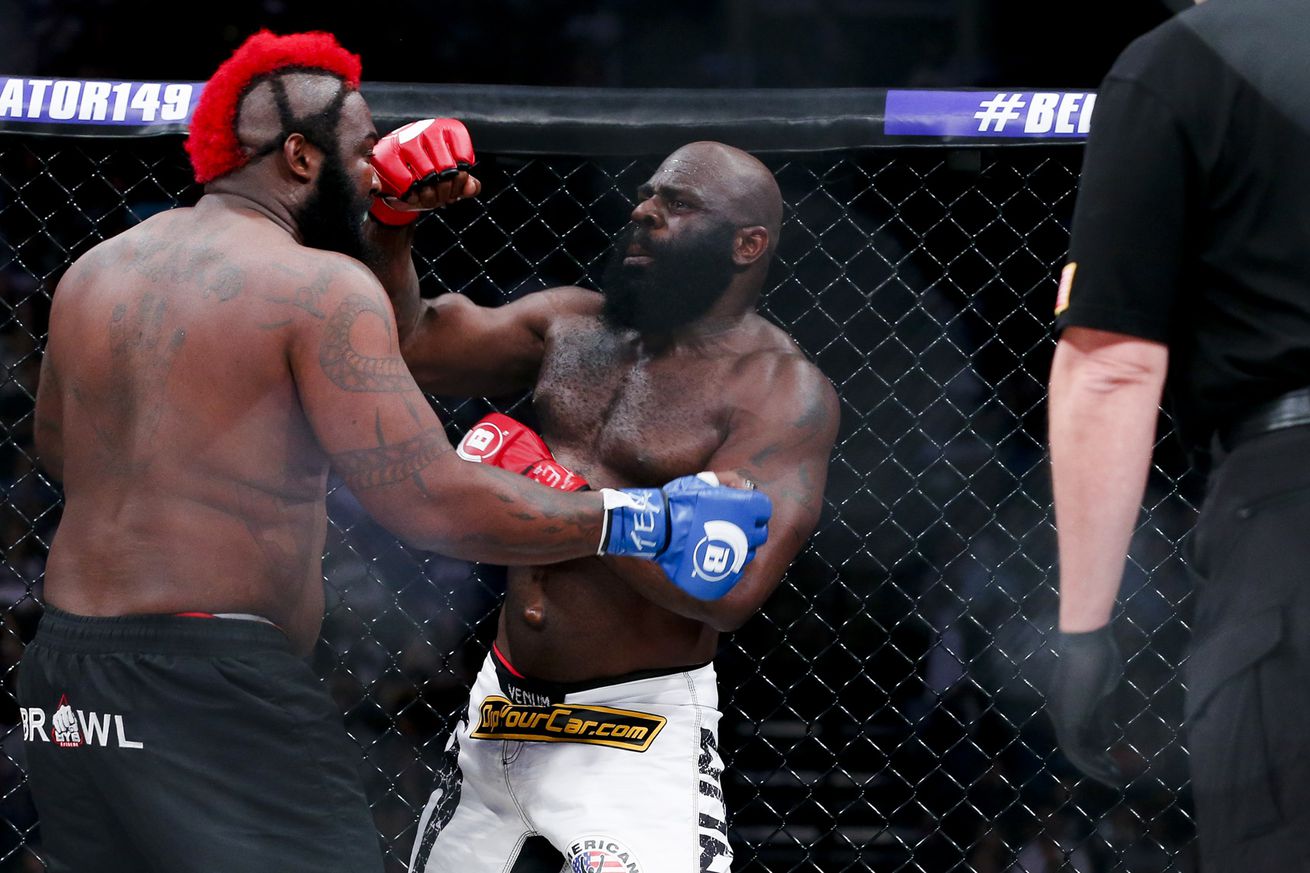 HOUSTON — It may not have been pretty, but Kimbo Slice walked away a winner at Bellator 149.

Slice overcame extreme exhaustion to knock out rival Dada 5000, aka Dhafir Harris, with a third-round volley of strikes in Friday night’s heavily hyped co-main event, putting a stamp on one of the more bizarre grudge matches in MMA history and fulfilling the many promises he made to Harris throughout a wacky fight week.

“I’m that type of fighter. I’m not going to never, never just give up in a fight. As long as I can breathe, and I get back to my feet, we’re going to go.”

Breathing proved to be a tough ask for both Slice and Harris, as both men appeared to gas early in a fight which gradually devolved from spectacle to something else entirely.

The sloppiness grew so bad that at one point veteran referee John McCarthy stood Slice up from mount position. Even the end was among the more odd finishes in recent memory, as Harris appeared to collapse backward under the combined weight of a Slice right hook and his own exhaustion.

For his part, Slice (6-2) was less than thrilled by his own performance, expressing surprise at how much the weight disparity between the two men affected his stamina. Harris ….View full article