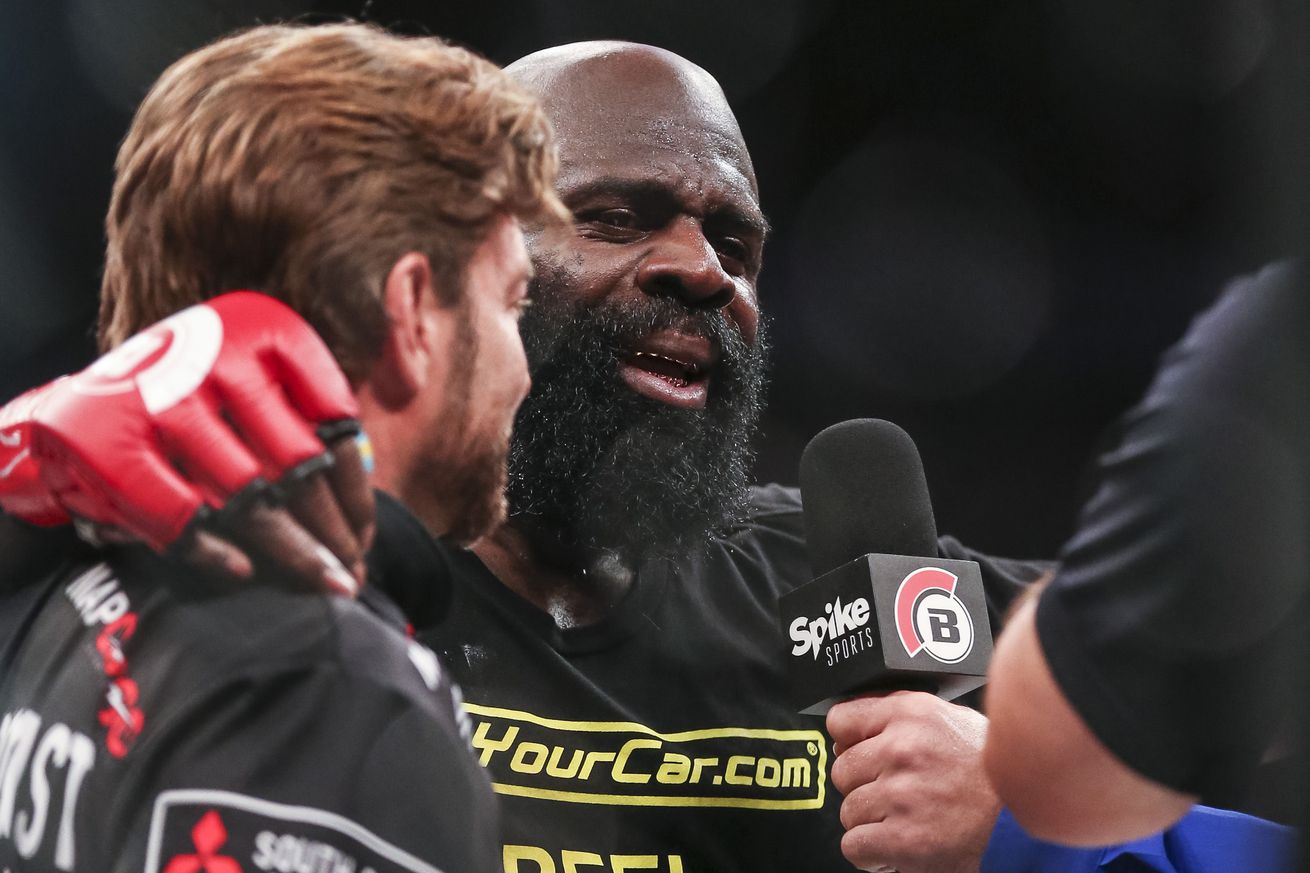 Bellator 149 “Shamrock vs. Gracie 3” went down back on Feb. 19, 2016 in Houston, Texas, at the Toyota Center. Ken Shamrock and Royce Gracie headlined in an openweight rematch, preceded by a heavyweight grudge match between Kevin “Kimbo Slice” Ferguson and Dhafir “Dada 5000” Harris.

The show did tremendous ratings for Spike TV, but not without some controversy regarding the fights. Both Ken Shamrock and Kimbo Slice failed their post-fight dug tests, with the latter attempting to blow it off by saying older fighters should be allowed to take some “vitamins” before a fight.

Matters were only made more complicated when Bellator MMA announced that Kimbo Slice would have a rematch with James Thompson in London, seemingly laughing off a disciplinary suspension by booking him for a fight outside the United States.

Slice’s failed test fiasco was brought to an end this week as he and the Texas Department of Licensing and Registration agreed to a $2,500 fine and the revocation of his license. His win at Bellator 149 will also be overturned to a no contest.

If Slice wants to fight against in the United States, he may have to wait until his license would have originally expired (March 4, 2017) and be subject to additional testing in any state that’s part of the Association of Boxing Commissions.

See you in London!