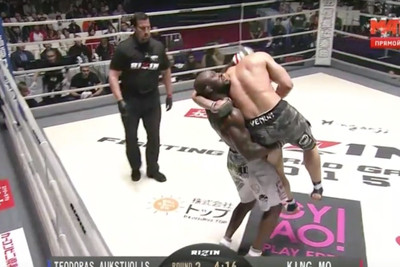 The 34-year-old Lawal utilized his boxing and takedown skills to outpoint his opponent Teodoras Aukstuolis. Lawal will meet Jiri Prochazka in the finals later Thursday.