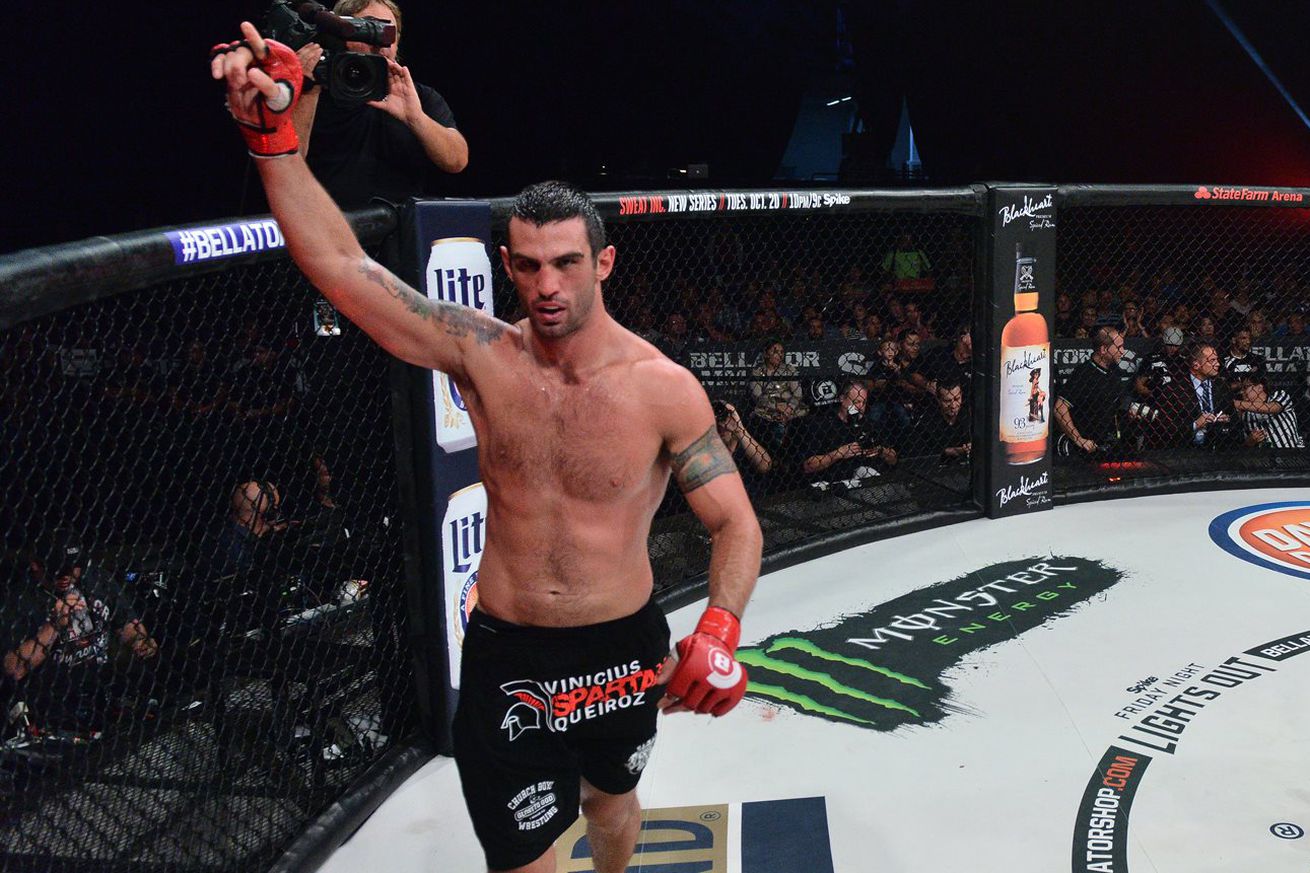 Vinicius Queiroz was coming off the biggest win of his MMA career when he was matched up against Cheick Kongo at Bellator 106, but a severe injury to both knees kept him sidelined for almost two years. They are finally slated to fight at Friday’s Bellator 150, and “Spartan” feels honored with the opportunity.

“It’s an honor for me to fight someone at his level, one of the great veterans of the heavyweight division,” Queiroz told MMAFighting.com. “He’s fought some of the best in the world. He’s not an easy fight for anyone, he’s strong and experienced, and I like to be tested. It’s a unique opportunity for me to prove I’m among the best in the world.”

“When I fought Ewerton, I had just moved to the United States and was adapting to the new training, living alone with my daughter, and it was a complicated camp,” he said. “I haven’t stopped training since that fight, and I can see the difference now. The camp at Kings MMA is better than ever, and I have everything to be back at my best, aggressive, throwing a lot of kicks and knees. I’m more confident now.”

Training with some of the bets fighters on the planet, including UFC heavyweight champion Fabricio Werdum, Queiroz feels he’s at his best.

“It’s great that I have the opportunity to train with Rafael (Cordeiro),” said Queiroz. “He deserves all the awards of best coach in the world. He’s impressive as a coach, the way he makes everyone fight at his best, how much he makes us believe in ourselves.