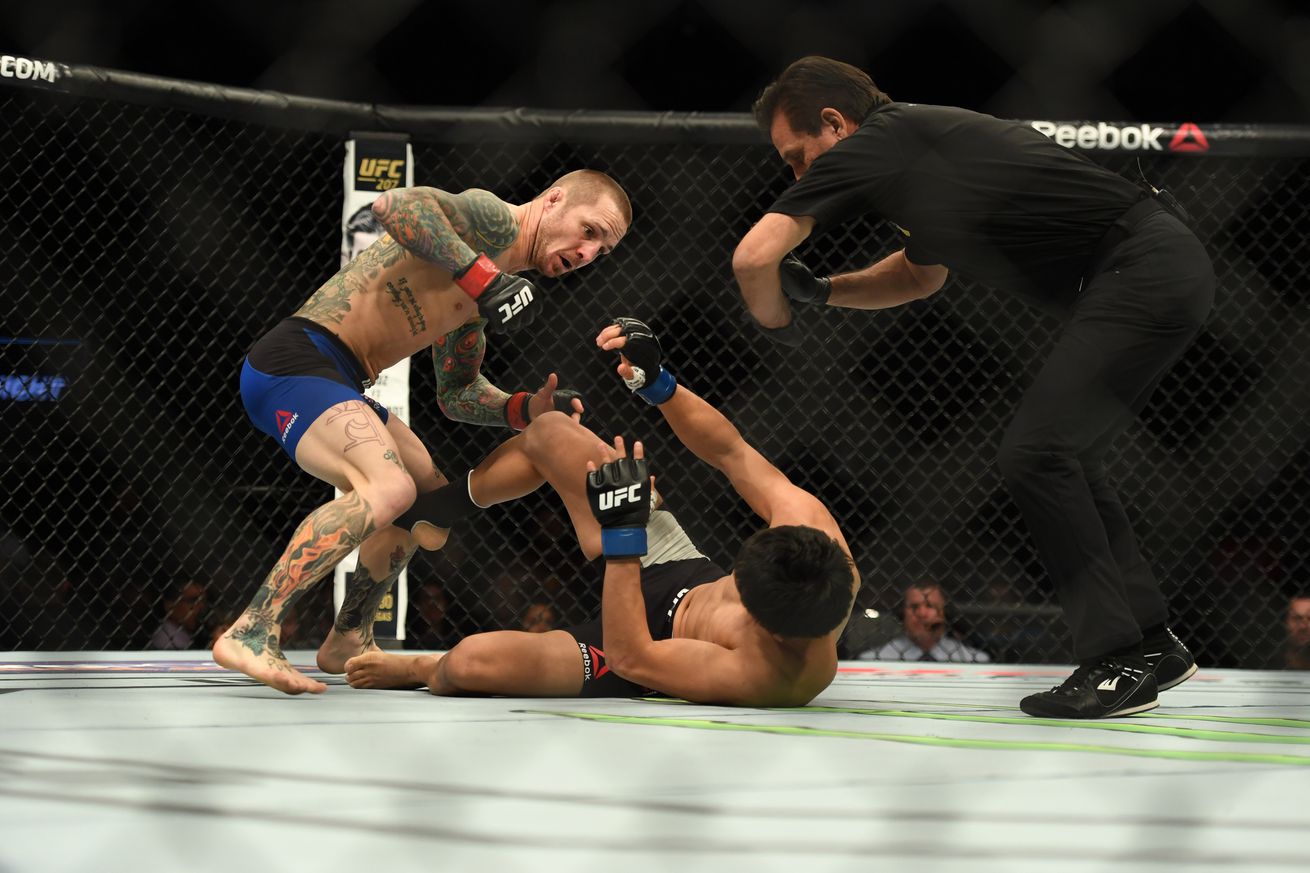 After brief back-and-forth exchanges on the feet, which saw Mizugaki’s improved boxing on full display, Wineland caught the Japanese bantamweight with a flush right hand. Mizugaki dropped to the Octagon canvas before regaining his footing only to have Wineland smash another right hand into his cranium. From there, the referee jumped in for the first-round TKO stoppage.

The full video highlights can be seen below courtesy of UFC.

With this win, Wineland has to be considered a rising title threat entering 2017. While he’s always been known as a capable striker, the 35-year-old is finally beginning to pay attention to his defense. If he can continue to hit opponents without being tagged himself, Wineland may make a lot of noise in the near future.

For complete UFC on FOX 22 results and coverage click here.