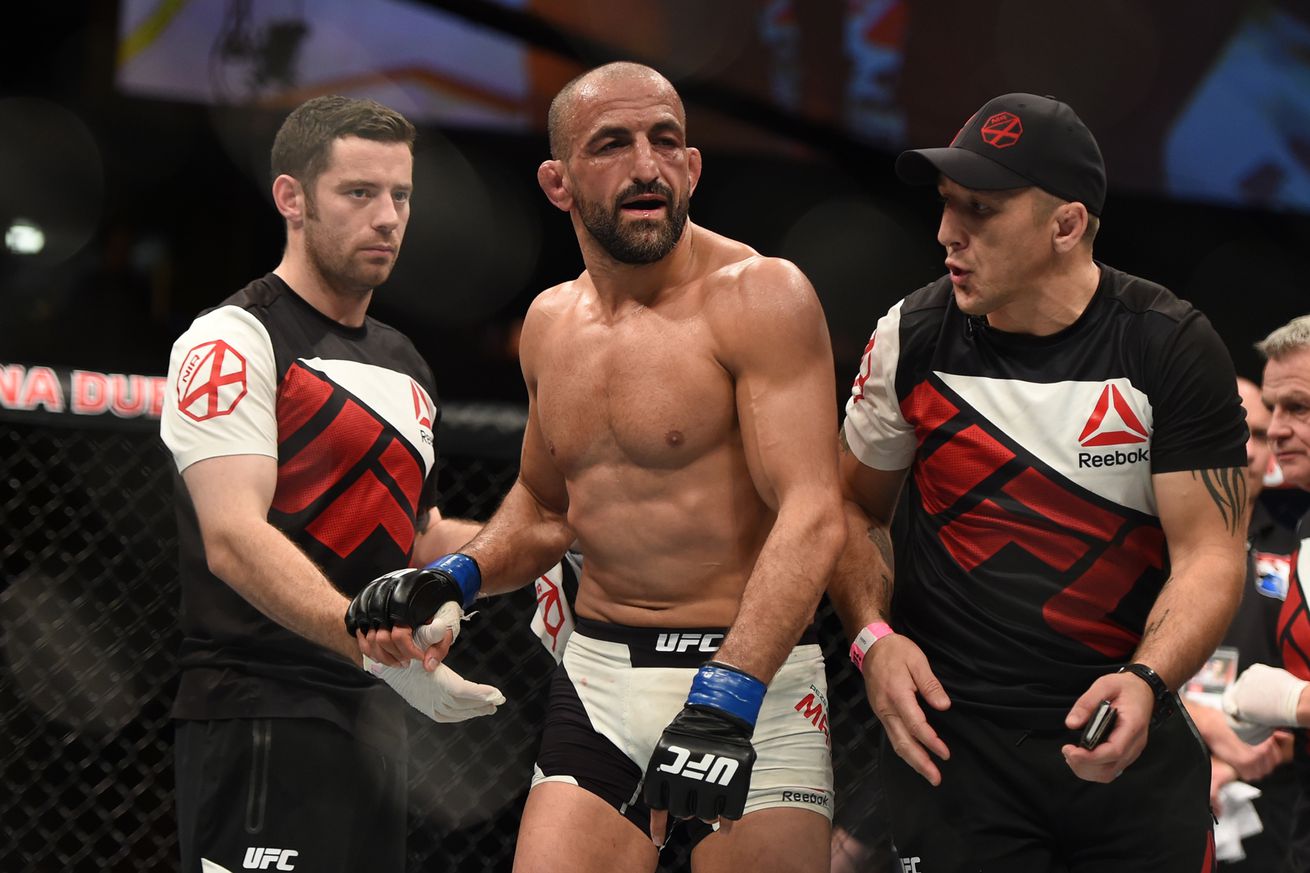 Reza Madadi got back on the winning track earlier today (May 8, 2016) in Rotterdam, Netherlands, as the Iranian-born fighter scored an impressive third-round standing knockout over Yan Cabral in the preliminary portion of the UFC Fight Night 87: “Overeem vs. Arlovski” event.

As you can see in the video embedded above via UFC on FOX, Cabral, who refused to go down, was the recipient of one devastating blow after another until the referee on duty finally decided he had enough.

The win is a much-needed one for Reza, who was last seen coming up short against Norman Parke last October. As for Cabral, the loss is his second in a row, previously losing to Johnny Case last November.

To get up-to-the minute and accurate play-by-play of all of the action from today’s Fox Sports 1-televised event –which will see Alistair Overeem and Andrei Arlovski collide in the Heavyweight main event — click here.