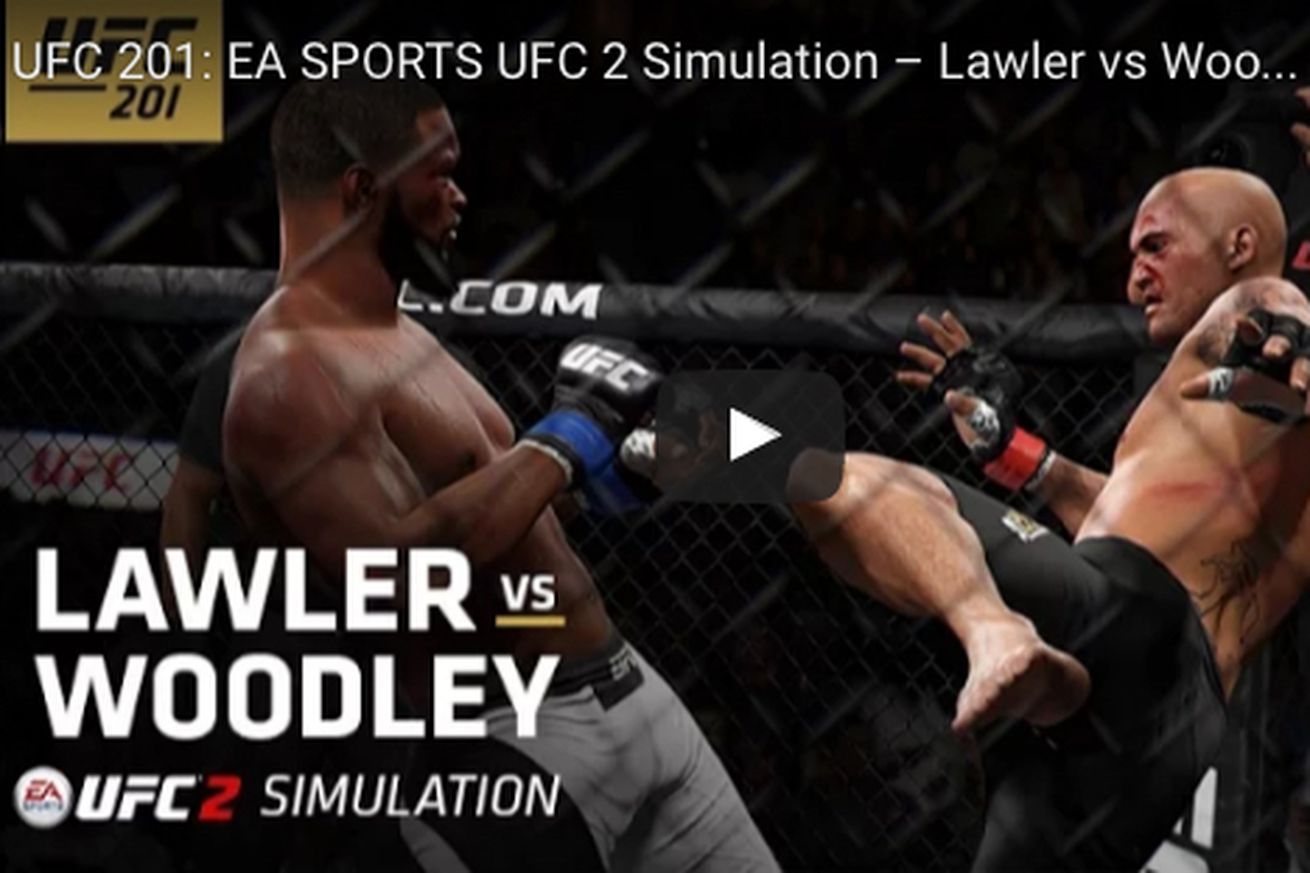 Waiting for him will be Tyron Woodley, who is eager to prove he’s the best 170-pound fighter in the world. But, before the two actually go toe-to-toe inside the Octagon, their virtual doppelgangers went at it on the EA Sports UFC simulator. And things do not end well for “The Chose One”

Also on the card, Rose Namajunas takes on Karolina Kowalkiewicz while Matt Brown and Jake Ellenberger tango at 170-pounds.

MMAmania.com will deliver LIVE round-by-round, blow-by-blow coverage of the entire UFC 201 fight card on fight night (click here), starting with the Fight Pass “Prelims” matches online, which are scheduled to begin at 6 p.m. ET, and then the remaining undercard balance on FOX Sports 2 at 8 p.m. ET, before the PPV main card start time at 10 p.m. ET.

To see who else is fight at UFC 201 click here.