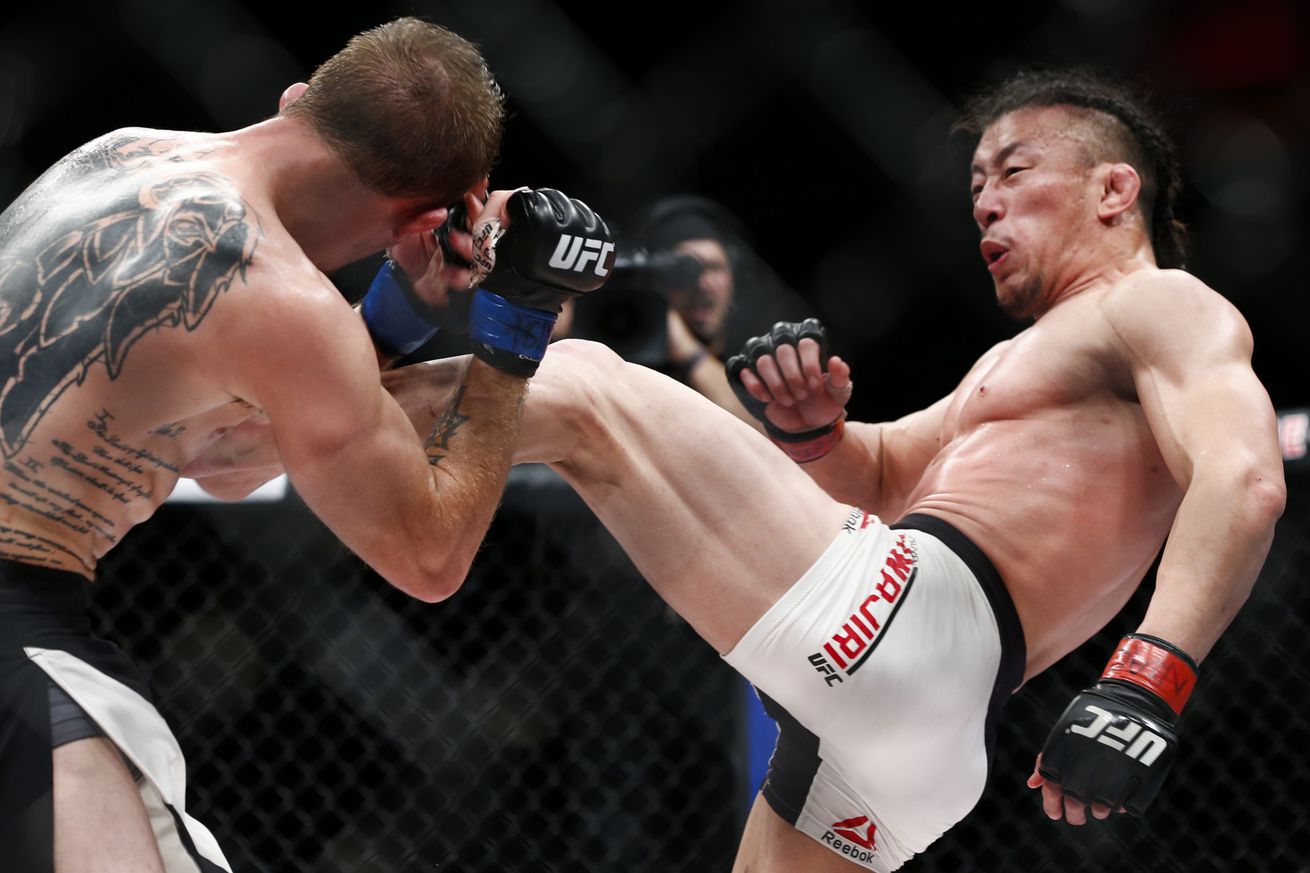 A pair of interesting featherweight fights have been added to the RIZIN New Year’s Eve card.

Kron Gracie and new signee Tatsyua Kawajiri will square off in Saitama, Japan, on Dec. 31, and a rematch will go down when Charles “Krazy Horse” Bennett and Minoru Kimura face off for the second time in 2016.

Japan’s Kawajiri (35-10-2) returns home after a two-year stint in the UFC. He was 3-3 in the UFC, with his most recent bout a unanimous decision loss to Cub Swanson in June.

Gracie (3-0), the son of the legendary Rickson Gracie, is best known for his work on the grappling mats. But the 28 year-old from Los Angeles has branched out into MMA and won all three of his professional bouts via first-round submission.

Kawajiri had called out Gracie upon signing and RIZIN officials were quick in making the match.

Bennett (30-30-2), a controversial veteran from Ocala, Fla., has competed professionally since 1999. He’s won three out of his past four fights, including a seven-second knockout of Suzuki on RIZIN’s Sept. 25 card. Kimura (1-0), a 23-year-old kickboxer from Brazil, was making his MMA debut in the loss.