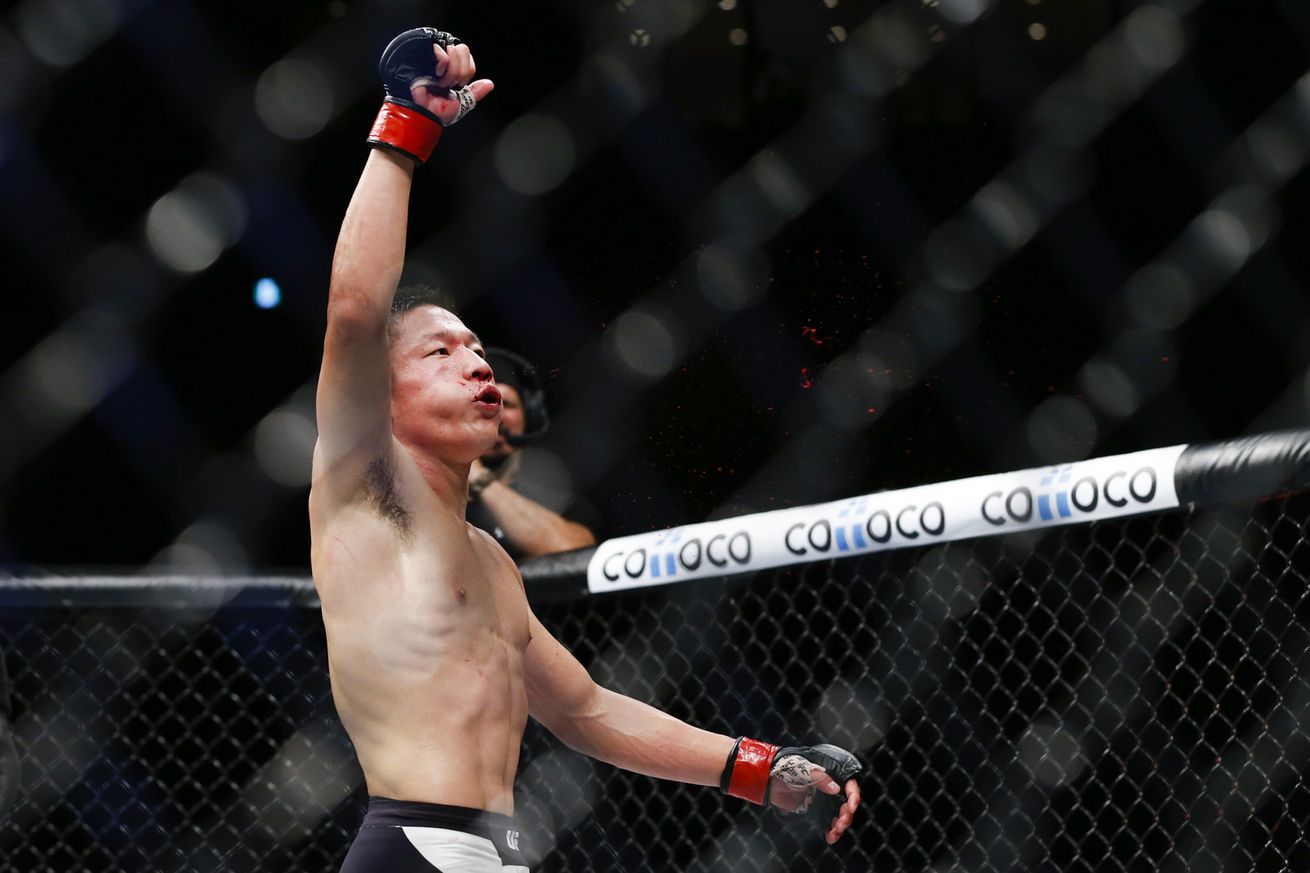 RIZIN Fighting Federation made its first trip to Yokohama, Japan, on April 16, and featured a mix of rising Japanese prospects and longtime veterans.

Competing for the 49th time in a MMA fight, Tatsuya Kawajiri scored his first win under the RIZIN banner against fellow UFC veteran Anthony Birchak. Kawajiri started pushing the pace early, taking his opponent back and working on a standing rear-naked choke, but wasn’t able to secure the finish.

From that moment on, Kawajiri dominated the 30-year-old Arizona-native with heavy punches on the ground and pound. Birchak’s best moment in the bout came when he locked an armbar, but Kawajiri was able to escape.

The Japanese veteran continued to dominate in the second and final round, landing punches from the mount en route to a decision victory. Kawajiri improved to 36-11-2 with the unanimous decision, bouncing back from losses to Dennis Bermudez, Cub Swanson and Kron Gracie.

Horiguchi rocked Motoya a few times in the first 10-minute round, countering Motoya’s flying attacks with heavy punches that rocked his opponent. Motoya took Horiguchi’s best punches and was able to go the distance, losing via unanimous decision.

In the co-main event, RIZIN tournament finalist Amir Aliakbari bounced back from the first loss of his MMA career (a first-round knockout defeat to Mirko Cro Cop in December) with a TKO victory over promotional newcomer Geronimo dos Santos.

The Iran-native heavyweight quickly took “Mondragon” down to the ground, trapping the Brazilian in the crucifix position and landing dozens of punches until the referee stopped the fight.

UFC veteran Daron Cruickshank was looking to bounce back to the winning column after Satoru Kitaoka snapped his 2-0 run under the RIZIN banner, but Yusuke Yachi had other plans.

After trading punches and kicks in the first half of the 10-minute round, Yachi countered with a perfectly timed right hand that put Cruickshank out cold. Yachi, who was coming off a 19-second knockout win in his RIZIN debut, improved to 17-6 in MMA.

In the heavyweight division, Heath Herring and Satoshi Ishii desperately needed a victory, yet their bout was a let down. Herring was looking for his first MMA win since 2008 after coming back with a loss in December, but Ishii — who had lost three straight — used his superior judo to control Herring on the ground and win via unanimous decision.

After the lackluster heavyweight contest, 18-year-old flyweight prospect Tenshin Nasukawa woke up the crowd with another impressive victory, improving to 3-0 in MMA with a quick first-round TKO finish over Francesco Ghigliotti. All of his MMA fights took place under the RIZIN banner.