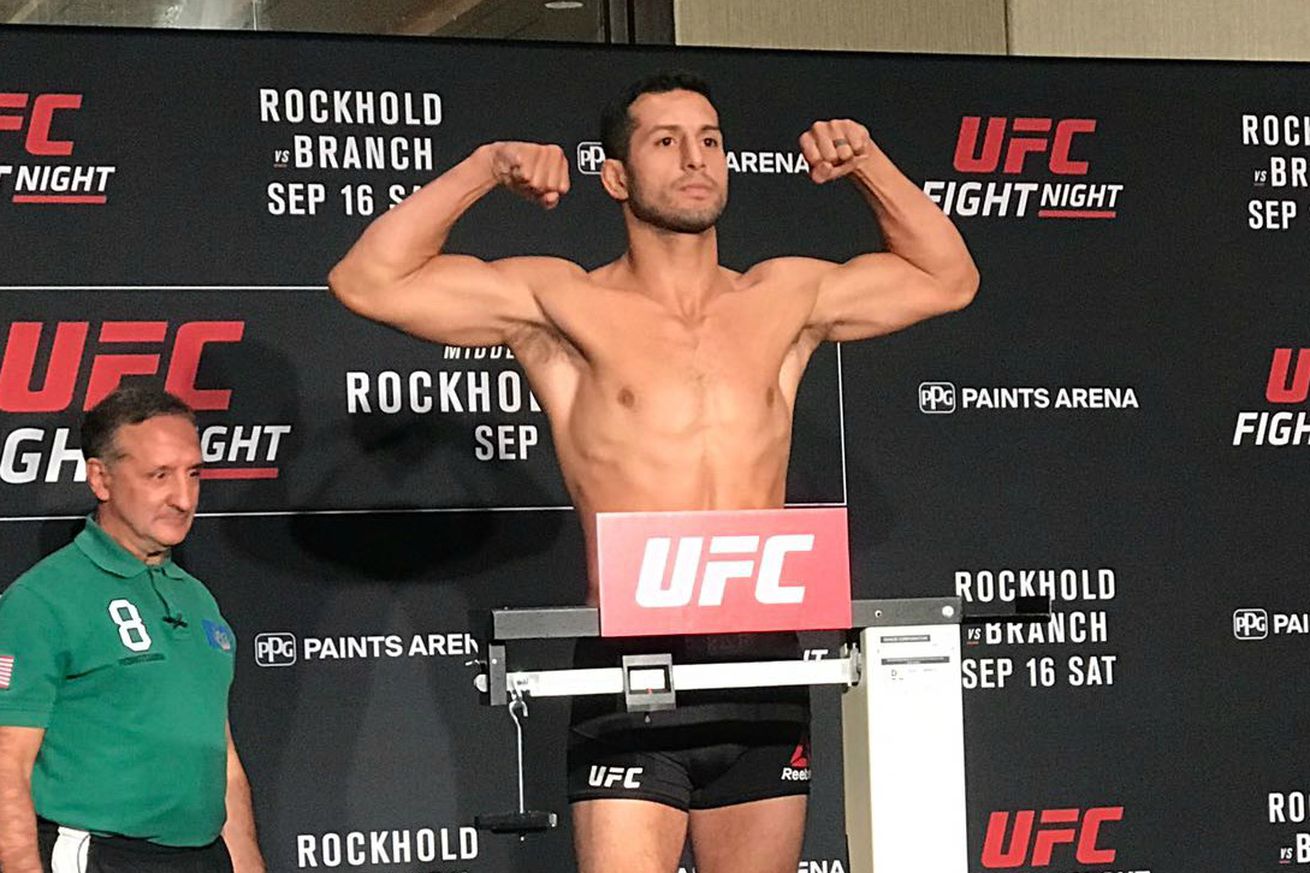 Three days ago, Alex Reyes was just living his normal life, training two-a-days and preparing for an upcoming local event in his hometown of Victorville, Calif. But everything changed late Wednesday afternoon.

Two weeks out from his 31st birthday, Reyes received the best early present he could’ve asked for when his manager called him with an offer to fight hard-hitting welterweight contender Mike Perry on just days’ notice in the nationally televised co-main event of UFC Pittsburgh, replacing the stranded Thiago Alves, who was unable to travel from Florida due to the effects of Hurricane Irma.

“It is surreal, but everything has been so rushed, I’m actually ready,” Reyes told MMA Fighting the day before his surprise Octagon debut. “I’m ready for this. I’ve been training my whole career for this moment and this type of opportunity.

“It’s just a like a college summer class, everything’s crammed into this short period. There’s a lot of emotions. You’re excited. You’ve got nerves. Everything’s just rushed, but you’ve still got that test at the end of the course. But man, I’ve been training for over 10 years and I’ve been competing. I just had a fight about three weeks ago, I won, knockout in the first round. So this is just a great opportunity for me, and I’m ready. I feel great, man. I’m enjoying and loving minute of this experience.”

The opportunity is one that has been a long time coming for Reyes, whose younger brother Dominick Reyes made his thunderous Octagon debut this past summer with a 29-second smashing of UFC light heavyweight Joachim Christensen. A Team Oyama product, the elder Reyes coached Dominick throughout much of his early career out of Cage Combat Academy, the gym Reyes opened in Victorville when he was just 23 years old. But Dominick’s success wasn’t the Reyes brothers’ first introduction to the UFC.

After running roughshod through a 12-fight stoppage streak from 2008 to 2015, which included eight knockouts and four submissions, Alex got a call from UFC matchmakers last October to compete against longtime veteran Josh Burkman at UFC Fight Night 96 in Oregon. Burkman’s opponent, Bobby Green, had fallen out due to injury and the UFC needed a short-notice replacement. But unfortunately for Reyes, he was waist-deep in the muck of rehabilitation, stuck recovering from an injury that ultimately kept him sidelined for nearly two years.

“It was heartbreaking at that time,” Reyes said. “You hope and pray that you get called up someday, and you work your whole career, you work hard and you get that call, but you can’t (accept it) because of injury. It was tough, man. It was a tough injury. And I came back from it and I knew that if I ever got that call again, there was going to be no hesitation. Sh*t man, when I got that first call, I wanted to accept it anyway. That’s why it was so heartbreaking, because I wanted to say yes but my body couldn’t. It wasn’t even saying no, it just couldn’t. So as soon as I got that call (this week), man, I was like, ‘Let’s go. I’m ready. No hesitation. I belong here.’”

Reyes’ opportunity a second time around at UFC Pittsburgh brings with it a higher risk/reward than than the scenario Reyes faced last October.

A lifelong lightweight, Reyes is moving up to the welterweight division for the first time of his pro career to take on Perry. He weighed in at 167.5 pounds on Friday, two-and-half pounds below the welterweight standard. But while Perry may be a bigger man than Burkman was, he also is a bigger name in the UFC, and an against-the-odds win on Saturday would thrust Reyes immediately into the thick of things in whichever UFC division he chooses, whether it’s lightweight or welterweight.

“He doesn’t seem that big, to be honest with you,” Reyes said of Perry. “Not to me, at least; he doesn’t seem that big to me. I have the height advantage on him. He may be a little bit thicker, but he’s not that much bigger than I am. At higher levels, weight can cause an issue, but I just believe that my skill and my technique is higher than his, so it’ll neutralize his weight advantage because I’m a more technical and more skilled fighter. I’m a little older than him and I’ve been training longer, I have more experience. He’s explosive, but like I said, I’m more of a seasoned fighter.

“Any time you get a big opportunity it can change your life,” Reyes added, “and I have every intention to go out there and finish this fight, as I have in each one of my victories. I try not to focus too much on the future, but I do see myself being a rising star for the UFC and a new face, and a contender in both weight classes. But I get to go out there and prove that. Talk is cheap, they say. So I’m excited to go out there and get a win, man. I’m here to win. I took this short-notice call not only to get into the UFC, but I’m confident in my abilities and I really believe I have the tools and the skills to beat this guy.”

While the lead-up to UFC Pittsburgh has been condensed, that hasn’t stopped Perry from throwing a few jabs Reyes’ way.

Perry warned reporters this week that Reyes may not be stepping into the great opportunity he thinks he is. In an interview with ESPN, Perry bluntly said he may knock out Reyes so bad that the UFC rookie “rethinks everything and never fights again.” But ultimately Reyes said he is having too good of a time to worry about threats like that, and he welcomes Perry to assume that Saturday is going to be an easy night.

“I kind of laugh,” Reyes said. “I think it’s funny. He’s going to talk, he’s going to say what he’s going to say. He sounds like he’s overlooking me, and that’s going to be his first mistake that he’s making. I’m going to expose the holes in his game. It’s a little bit of pressure on him. I think he’s got a lot of nerves, he doesn’t know a whole lot about me. He was training for Thiago and I’m a different fighter, and probably he doesn’t know a whole lot (about me), and I’m very experienced. I think he’s nervous and he’s just talking to try to hide it, but go ahead. Go ahead and underestimate me, man. Go for it. But you shouldn’t.

“I’m going to go ahead and expose those (holes) tomorrow night and finish the fight.”