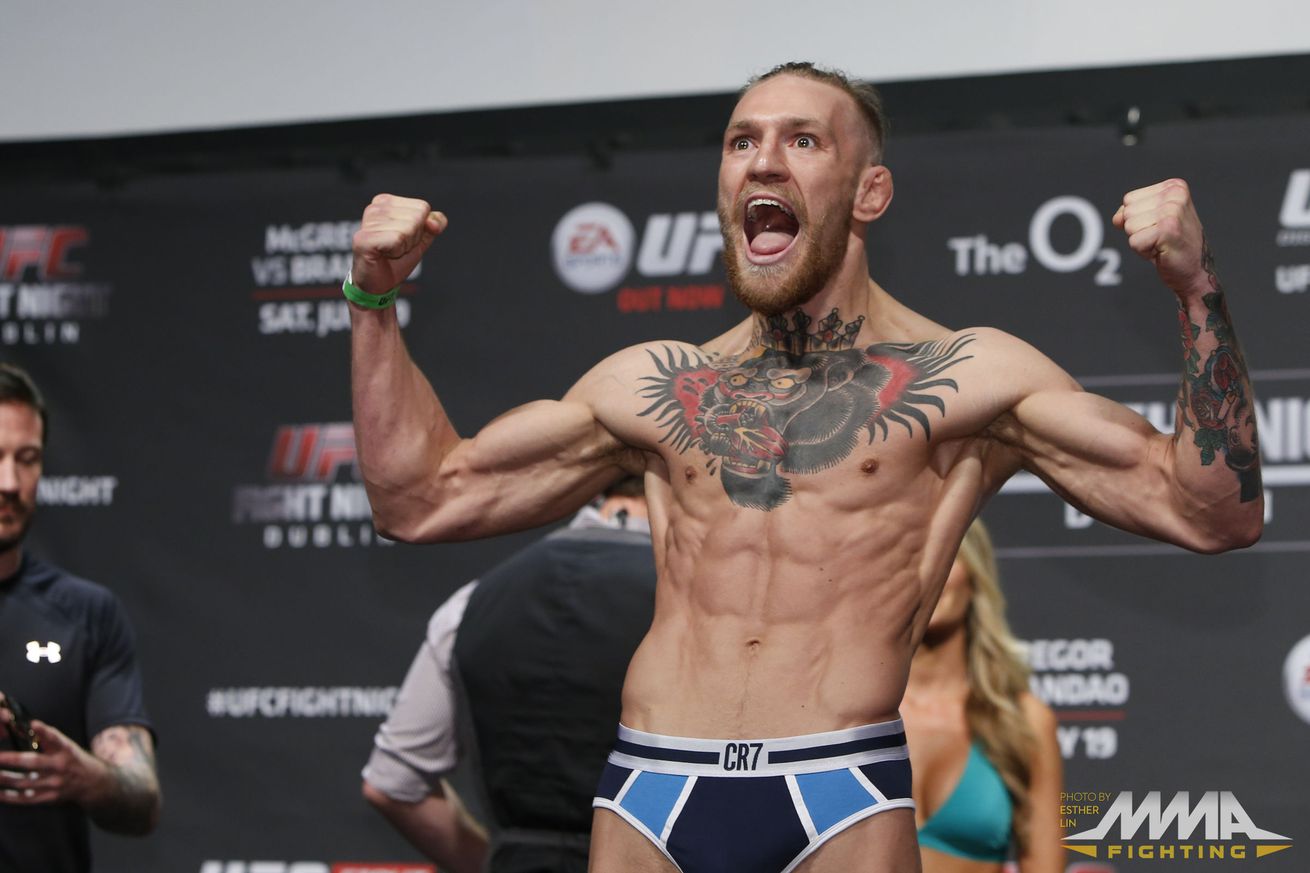 Ultimate Fighting Championship (UFC) will stage its most stacked pay-per-view (PPV) event ever when it makes its long-awaited Madison Square Garden debut in New York, N.Y., on Nov. 12, 2016, featuring a staggering three world title fights in one night. Chief among them is a “super fight” between Lightweight champion, Eddie Alvarez, against Featherweight kingpin, “Conor McGregor, for the 155-pound title. Welterweight champion Tyron Woodley will attempt to defend his 170-pound title for the first time ever against Stephen Thompson in UFC 205’s co-main event, while Strawweight champion Joanna Jedrzejczyk will look to retain her belt in a battle of Polish pride when she collides with Karolina Kowalkiewicz. It’s going to be straight up bonkers — championship triple header! Check out the latest and greatest UFC 205 fight card and rumors below as the event takes shape over the upcoming days and weeks.

For much more on the upcoming UFC 205: “McGregor vs. Alvarez” event click here.