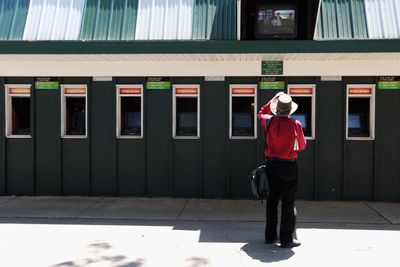 Get a detailed breakdown of the betting lines for UFC on FOX 17, which is set to hit Amway Center in Orlando, Fla., this weekend (Sat., Dec. 19, 2015), including best bets, underdogs, favorites, and much more!

For the first time since summer, Ultimate Fighting Championship (UFC) will hit FOX Sports proper with a quality four-fight main card. In the main event, 155-pound kingpin Rafael dos Anjos squares off with Donald Cerrone in his first title defense, while Junior dos Santos and Alistair Overeem collide in the Heavyweight co-feature years in the making.

It’s the last UFC card of the year, so let’s see if we can’t end on a high note.

UFC On FOX 17 Odds For The Undercard:

Thoughts: I’m a tad disappointed that Usman didn’t stay below -200, but we can still work with it. Miller and Ngannou seem like decent picks, too.

Edwards seems like he has a bright future ahead of him with his power and overall striking acumen, but Usman is just an absolute beast. He is the better technical wrestler on top of boasting a significant physical edge. The odds of Edwards staying upright long enough to bring said striking to bear are more or less zilch, so go for the Nigerian.

Alers has the ….View full article