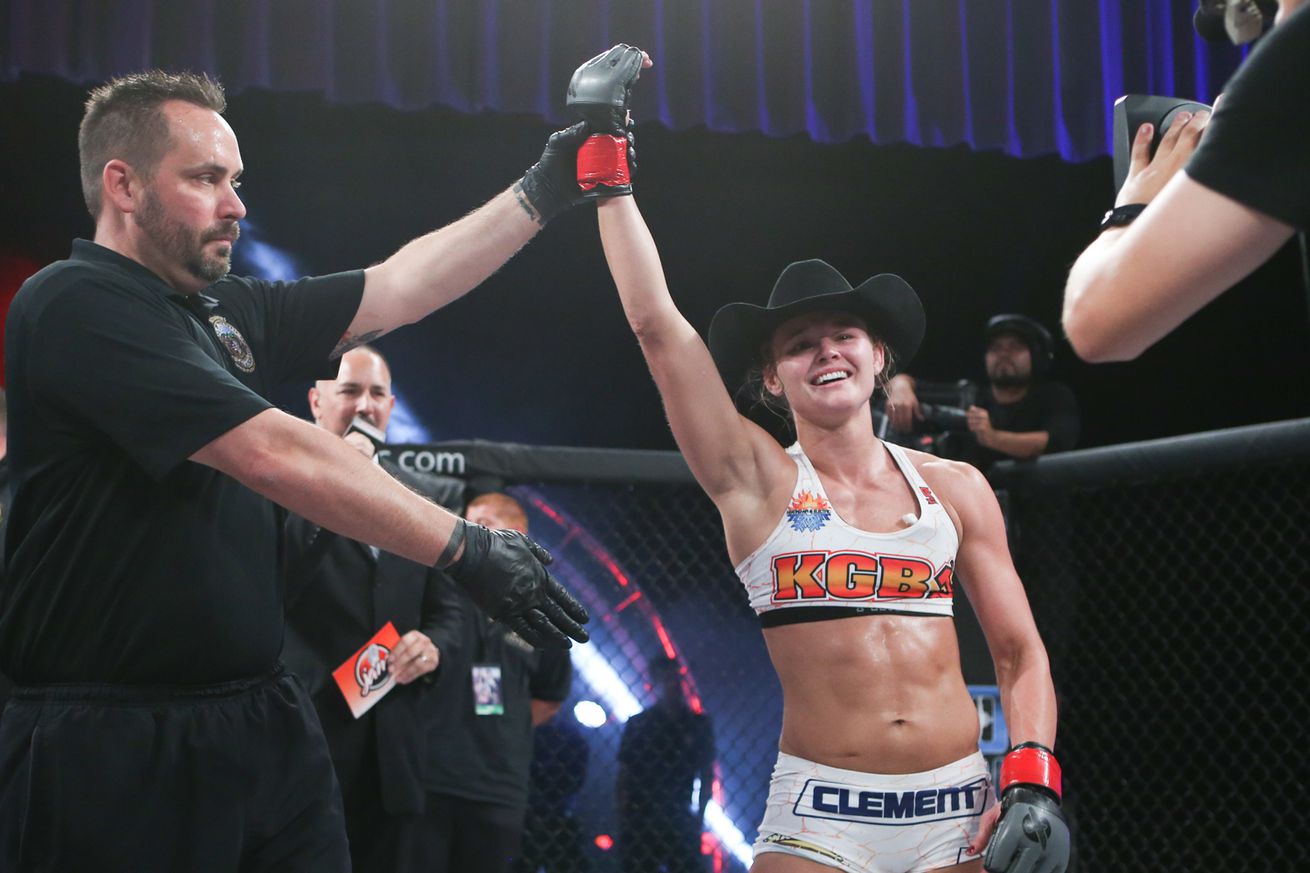 Andrea Lee would have been a shoo-in for The Ultimate Fighter 26. The charismatic, marketable women’s champion surely would have made the show — which will crown the UFC’s first-ever flyweight champion — had she tried out in May.

Lee, though, opted to pass on the tryouts. The Legacy Fighting Alliance women’s flyweight champ told Ariel Helwani on Monday’s edition of The MMA Hour that a back injury from a fight right before the tryouts kept her out.

“I didn’t think that it was in my best interest to go and try out a couple days after my fight and my back is also kind of injured,” Lee said. “We figured that it would just be better for me to wait and come into the UFC in a more conventional way.”

It was a tough choice, Lee said. But she and her husband Donny Aaron asked for advice from many people, she said, including high-level female UFC fighters. Many told her she would be “better off” not going on the show. Strawweight fighters like Joanna Jedrzejczyk and Claudia Gadelha have had plenty of success in that young division despite never having entered the TUF house.

For now, though, Lee is on the outside of the UFC looking in. The Texas native and Louisiana resident will defend her LFA title against Jamie Thorton at LFA 23 on Sept. 22 in Bossier City, La. The plan currently is to fight for Invicta again, too, before the year is up. Lee, 28, says she is unsure when the UFC signing will come.

“I don’t know really,” Lee said. “Like I said, I am planning on fighting again with Invicta on one of their next events. If I haven’t been called to the UFC by then, then I’ll be fighting again for LFA to defend my title or maybe I’ll get another fight with Invicta, whatever one comes first. We’re playing it by ear.”

Lee (7-2) was sidetracked in 2016 when she tested positive for a diuretic in relation to an Invicta loss to Sarah D’Alelio. She was suspended nine months for the infraction. Lee admits now she was used the substance to cut weight, not having any idea it was prohibited or why.

“I took half of a diuretic, because I was feeling really bloated and I was stressing out and I didn’t think that I was gonna be able to like cut that little bit of weight,” Lee said. “I wasn’t really thinking about it being a drug. I wasn’t thinking about it being on the banned substance list or anything like that. Then, I wasn’t familiar with the whole USADA banned substance list. I took half of a pill to flush out the last little bit of water in my system and I got suspended.”

After doing some research, Lee said she now gets that some diuretics are banned due to their ability to mask steroid use. Going down that road again is not a consideration, she said.

Lee said she’s “impressed” with the top five or six girls on The Ultimate Fighter 26, which began airing on FS1 last month. But she’s unsure of the others. Lee already has a win over Rachael Ostovich, one of the cast members, in Invicta. Even so, with another title defense coming up, and potential to make the UFC the old-fashioned way, Lee has no regrets.

“I think we did the right thing,” she said.