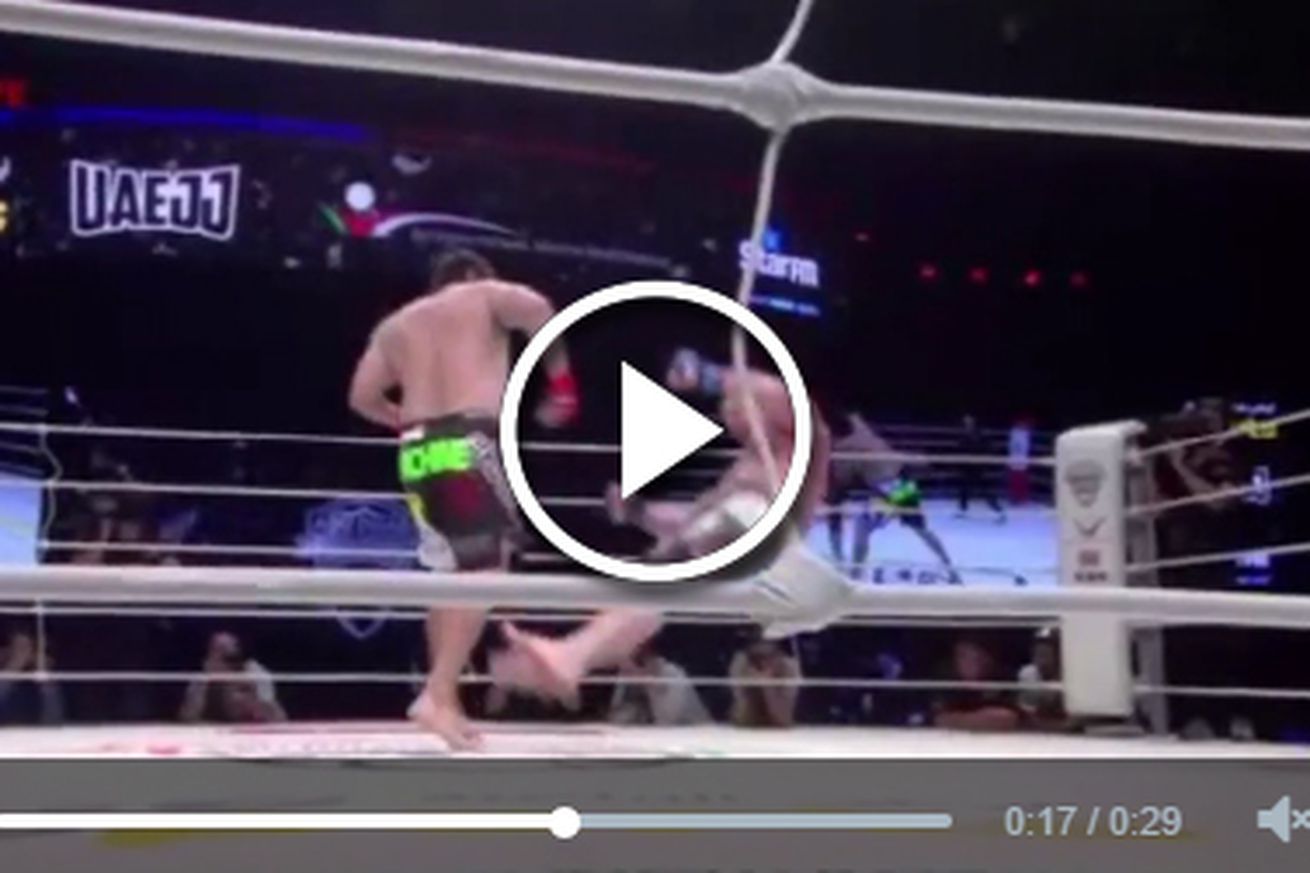 Playing the role of surfboard was former Bellator heavyweight bruiser Eric Prindle, who apparently didn’t fear the consequences while fighting the 42-year-old Buentello. That said, I did get a kick out of his thumbs up after (briefly) regaining consciousness.

“Headhunter” improves to 35-16 with the win while the 39-year-old Prindle — affectionately known as “The American Soldier” — falls to 11-8 in defeat.