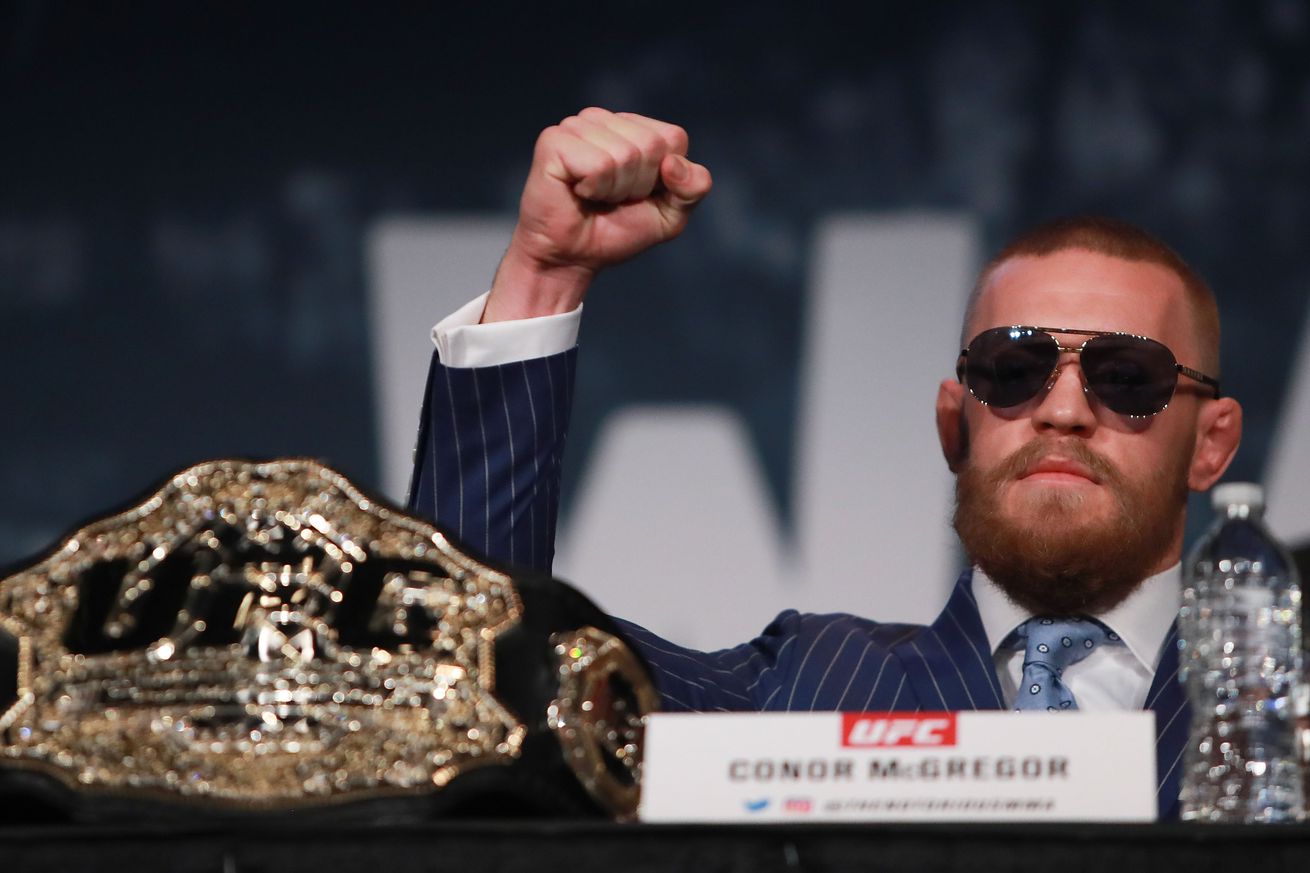 UFC 205 will actually feature an unprecedented three world title fights, with welterweight champion Tyron Woodley defending his 170-pound belt for the first time ever against Stephen Thompson in the co-main event, while women’s strawweight queenpin, Joanna Jedrzejczyk, will put her 115-pound strap at stake against fellow Polish fighter, Karolina Kowalkiewicz.

Indeed, White has already called UFC 205 the “biggest, baddest card ever” and, for once, he doesn’t appear to be over exaggerating. To get the ball rolling, White and Co. will gather the stars of UFC 205 at the Theater at Madison Square Garden this afternoon to kickoff the landmark event. And you can watch the UFC 205: “McGregor vs. Alvarez” press conference right here at MMAmania.com in the video player above at 3 p.m. ET.

To check out the latest UFC 205: “McGregor vs. Alvarez” fight card and rumors click here.