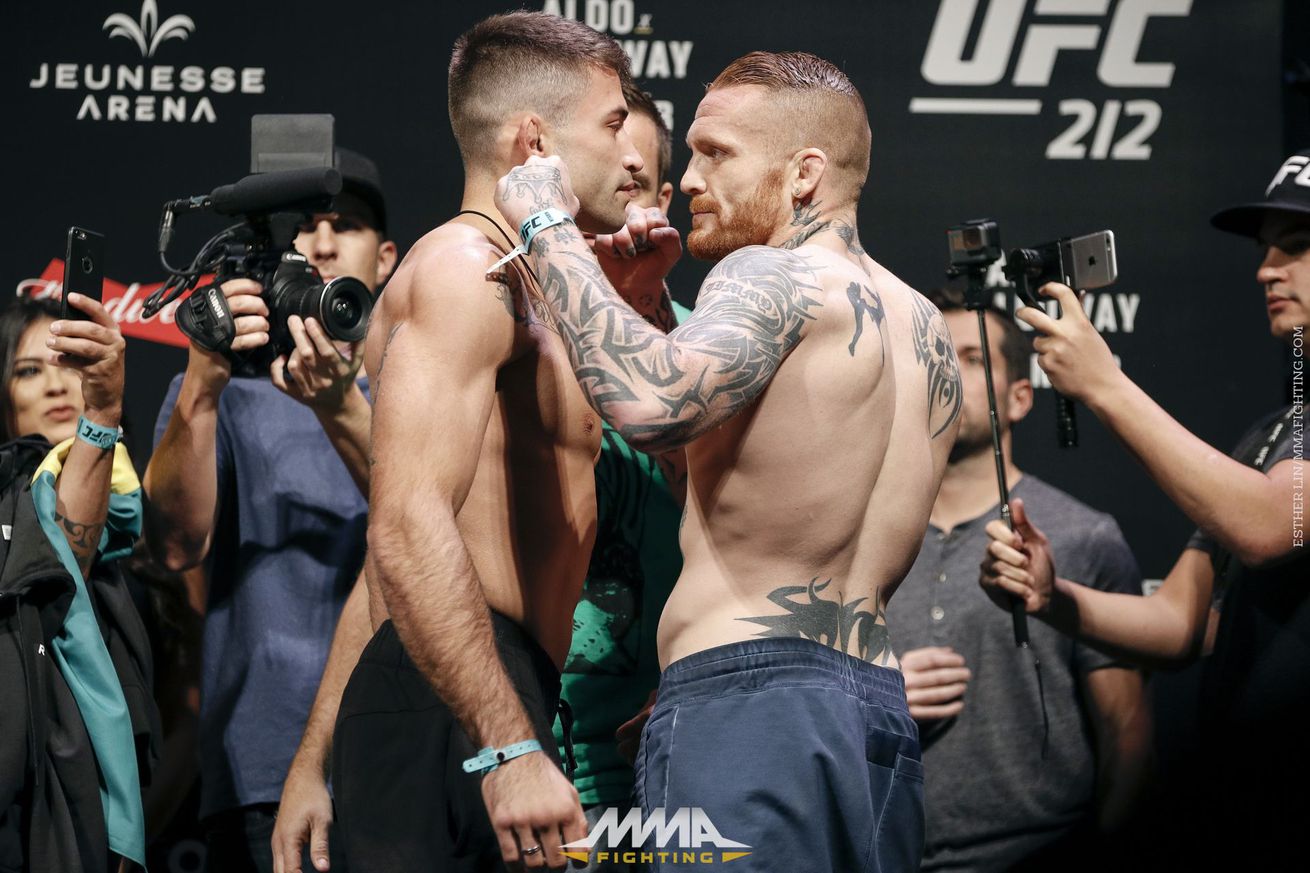 RIO DE JANEIRO, Brazil — The UFC rarely gives fighters another change if they go winless in their first two UFC appearances, but Luan Chagas hopes to make the most of his opportunity at UFC 212.

Chagas signed with the UFC to face Sergio Moraes on short notice at UFC 198, and fought to a majority draw. Four months later, the welterweight took on Erick Silva after their opponents pulled out of UFC Fight Night 95 due to injuries. After knocking Silva down in the fight, Chagas lost via submission in the last round.

Now matched up against Jim Wallhead at Saturday’s card in Rio de Janeiro, Chagas is “hungry, can’t wait for the big day to come.”

Sidelined for a few months after fracturing his fibula against Silva, Chagas says that being forced to stay out of the gym for a while helped him change his life.

“The good side of it is that I had plenty of time to see the mistakes I was making and fix them,” Chagas told MMA Fighting. “Let’s say I changed almost 100 percent of what I was doing. I have a new conditioning team with me, I started to work with a psychologist. I found out I was doing a lot of things wrong, and I can fight better now.”

Chagas, who won 14 of 15 MMA fights with 14 finishes before joining the UFC in 2016, realized that his aggressiveness played against him inside the Octagon.

“I always went for the kill right away,” Chagas said. “I wanted to give my best early in the fight, and I wasn’t even breathing the right way, wasn’t focusing the right way. I wanted a quick finish in a fight that could go three rounds. If you do your 100 percent in one round, you won’t have anything left for the next one, and that’s what happened. I was too anxious.

“It took me a while to understand that the UFC fighters are in a different level. I was used to fighting guys in the regional circuit, and the UFC guys are great. I truly believe that, after these two fights I had in the UFC, I became more mature. I’m a different fighter now.

“I was training like a normal fighter to compete in the biggest promotion in the world. I had to wake up and understand I needed to change my preparation and quality of training, and that’s what I did. Those fights helped me understand the UFC is the best in the world, and I have to do a lot more to win.”

Fighting a non-Brazilian for the first time in his MMA career, Chagas said he’ll try “not to pay attention to the crowd, but I can’t stop feeling happy about it.”

“Wallhead has a lot of experience,” the Brazilian said. “He only has one UFC fight, but fought in promotions like Bellator and Akhmat before, so he’s experienced. He likes to take the fights to the later rounds and win via decision, and that’s what I think he’s planning for this fight. I’ll be aggressive, always, but better prepared this time.”

“Tarzan” won’t be overaggressive at UFC 212, but that doesn’t mean he won’t try to stop Wallhead in Rio de Janeiro.

“I saw some holes in his game,” Chagas said. “He will try to put some pressure and not let me grow in the fight, but I see myself knocking him out. I don’t care if it’s a quick fight or a long war; if he gives me an opening, I will knock him out.”