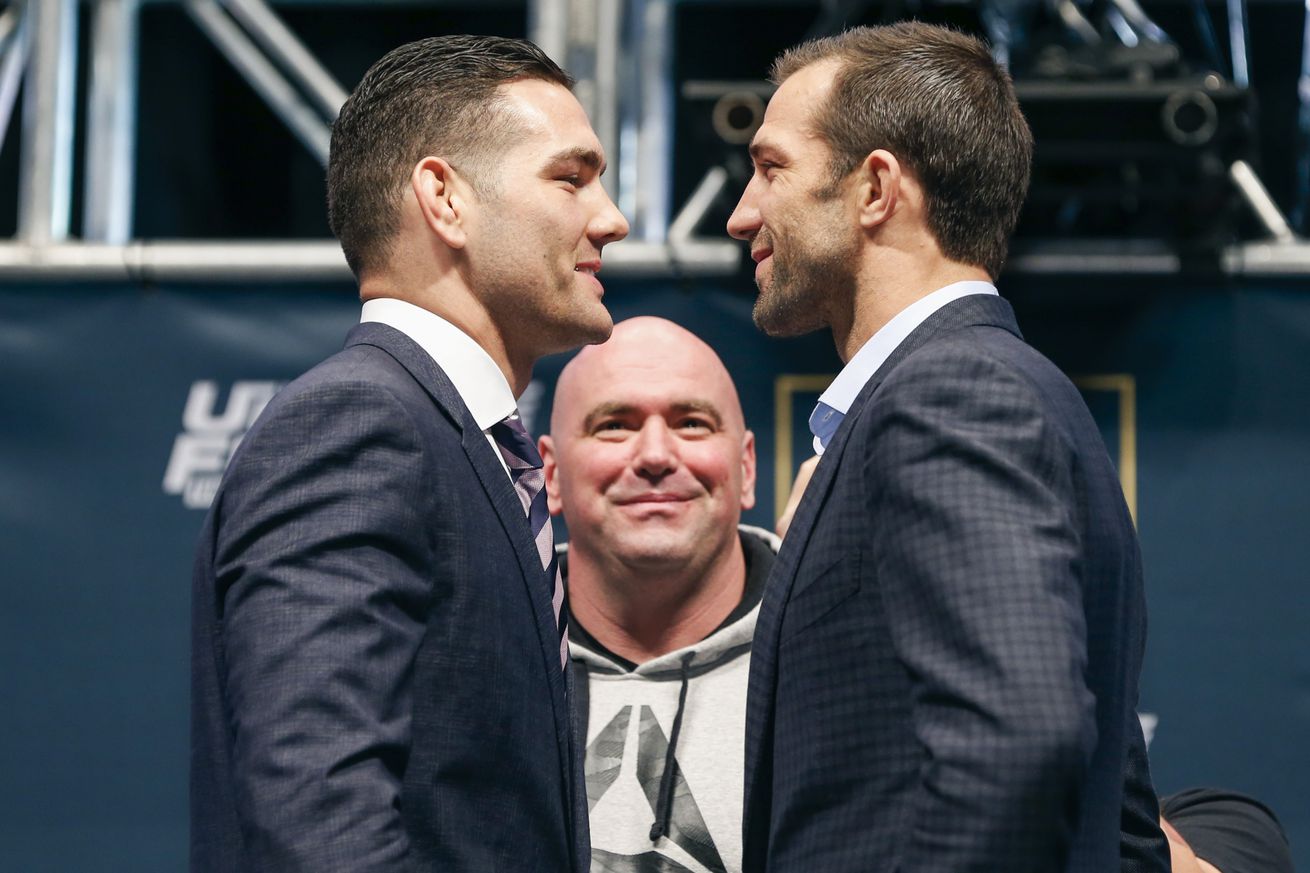 The course of MMA history forever changed in mid-2016 when injury derailed Chris Weidman’s planned title rematch against Luke Rockhold at UFC 199, opening the door for Michael Bisping to sneak through, knock out Rockhold and rewrite the Brit’s legacy.

A little over a year later, Bisping remains the UFC middleweight champion, his controversial title reign expected to continue in November against Georges St-Pierre. Weidman and Rockhold, on the other hand, have not fared as well. Rockhold has yet to fight again — though he is readying for a comeback against David Branch on Sept. 16 at UFC Fight Night 116 — whereas Weidman suffered the first losing streak of his career, dropping three contests back-to-back-to-back, before finally returning to the win column with a third-round submission over Kelvin Gastelum last month.

“Weidman looked better than I’d seen him in a long time,” Luke Rockhold said Monday on The MMA Hour. “He’s definitely, he’s got something back together and we’ll see. I mean, he did fight Kelvin Gastelum. He did fight a 170-pounder. So we’ll see, we’ll see what’s to come with him. He’s got a long ways to go.”

The win was a much needed moment of respite for Weidman, who suffered an early knockdown against Gastelum but rallied to defeat the former 170-pound contender and snap his first-ever slump.

Afterward, Weidman lobbied for a title shot against Bisping, suggesting that he was the one who paved the way for Bisping’s chance at gold and saying of himself, “I’m the champ, I’m the best guy in the world, and I think people know that.”

Considering Weidman’s recent performances, Rockhold finds both of those sentiments to be a little funny.

“He’s a bit delusional at times,” Rockhold said. “He just lost three in a row, so for him to think he’s the champion is pretty far from. But he looked decent.”

Either way, with Weidman back in contention and Rockhold returning to the mix against Branch, the time could soon come when the two rivals get the chance to finish what they were supposed to do at UFC 199.

Though when asked about the prospects of a rematch against Weidman down the road, Rockhold was blunt in his assessment.